A pragmatic surgical approach to head and neck melanoma.

Visit for more related articles at

The optimization of surgical margins related to melanoma is controversial and this is even more so in the head and neck region where surgeons must achieve a balance of oncological safety and functional and aesthetic needs.

This study retrospectively analysed melanoma data over a 12 year period at a large skin surgery unit and identify potential differences in outcomes in those patients who had reduced wide local excision margin for primary head and neck melanoma. This short commentary aims to highlight some important points from this study, provide a balanced view regarding optimization of excision margins and to provide direction to further research specifically in head and neck melanoma.

This single centre 12-year retrospective study raises many fascinating topics of discussion [1]. This short commentary will aim to highlight some of these, and provide some direction for further research [2].

The incidence of melanoma is continuing to increase and currently it stands as the 5th most common cancer in the UK, accounting for 4% of all new cancer cases [3]. Head and neck melanomas account for approximately 15%-20% of these [4]. The World Health Organization (WHO) Melanoma co-operative group trial and the intergroup melanoma trial have been used to provide guidance on excision margins for melanoma, outlined, in the British Association of Dermatology (BAD guidelines) [5].

Head and neck melanoma poses unique cosmetic, anatomical and functional challenges to the surgeon, which the standard excision guidelines for melanoma do not address [6].

Studies to date have broached the subject of reducing excision margins specifically for head and neck melanoma, however they have adopted small sample sizes and were retrospective studies [7].

This study retrospectively analysed all head and neck cutaneous melanoma over a 12 year period (2008-2019) treated primarily with wide local excision, excluding mucosal melanoma and stage IV disease (since these do not routinely undergo surgery to the primary site) [8]. It is recognised that surgeons may not be able to strictly follow recommended guidelines on excision margins when treating head and neck melanoma, and may have to defer to clinical judgement to optimise oncological safety while balancing anatomical and functional restriction of the head and neck [9]. The recurrence rate and overall survival in those melanomas that underwent wide local excision with recommended vs. narrow margin was compared retrospectively [10]. For the purposes of this study a reduction in excision margin of 20% was considered a narrow margin [11].

The demographic of the population sampled within this study was an elderly population, within a rural part of the United Kingdom, most of whom had a history of long-term sun exposure [12]. The favourable mean follow up time of this study of 48 months was partly due to our department policy of 5 year follow up period, but also an elderly population have risk factors for non-melanoma skin cancer and were under regular follow up for distinctly separate lesions [13].

This study highlights several important points. Firstly the majority of our cases were stage I melanomas. These melanomas, even with recommended margins will have very favourable outcomes, and therefore for any trial which aim to statistically show benefit from reducing margins will require very large sample sizes. Though within the sample, the results did not show any difference in recurrence or overall survival for melanomas of all Breslow thicknesses.

There are no randomised trials that specifically assess melanomas of Breslow thickness less than 1 mm thick. However, a 1 cm margin is widely accepted as standard treatment for thin (<1 mm) and this notion is reinforced by a large sample case control of study suggesting a 1 cm margin for thin melanomas rather than reduced margins in controlling local recurrence rates. Again it should be noted that the results are not statistically significant and not specific to head and neck melanoma. There has historically been little debate regarding the excision margins of stage I melanomas, however given the restrictions of the head and neck as described, further research into optimising wide local excision margins specifically to head and neck melanoma is warranted. This would require multi-centre, international collaboration to achieve statistically significant sample sizes.

The second subject area of question, which this paper raises, is that of thicker melanomas. Thicker melanomas will contribute a smaller percentage of melanomas treated by clinicians, however may these patients exhibit a poorer long-term prognosis. Only few units in the UK perform sentinel lymph node sampling for head and neck melanoma. The MSLT trials have suggested that SLNB is a prognostic tool, and in the UK is recommended for melanomas for stage Ib and above. SLNB status was not analysed as part of this study since these patients were referred to a tertiary centre for this when appropriate. Further research needs to be undertaken, particularly in head and neck melanoma, with a view to the possibility of reducing melanoma excision margins in those patients who are proven to be SLNB negative. The Melmart trials hope to optimise excision margins for Stage II and above melanomas.

This paper, in addition to the paper by Rawlani et al suggests thinner melanomas of the head and neck have the potential to be treated with narrower excision margins.

The balanced view of this is that cases must be very carefully selected. A particular example of this is the histological subtype and anatomical location of melanomas. Study data has suggested that superficial spreading melanomas exhibit lower recurrence rates and improved overall survival compared to other histological subtypes. Nodular melanomas by nature exhibit early onset vertical growth phase, thus resulting in deeper invasive depths. Lentigo Malignant Melanoma (LMM) which has a lengthy pre-invasive period prior to progressing into an invasive melanoma, which often causes delay in diagnosis. LMM also exhibits horizontal growth phase, therefore incomplete excisions and local recurrence is not uncommon with this subtype.

Scalp melanomas were also shown to have a poorer overall prognosis compared with other anatomical locations within the head and neck. This will be partially down to the variable lymphatic drainage of this region through superficial lymphatic drainage basins. This study data is supported by similar studies suggested a poorer outcome and higher recurrence rates in scalp melanoma.

Therefore theoretically it may be prudent to consider reducing excision margins in superficial spreading subtypes where appropriate. Scalp melanomas may be an anatomical location where a reduction in excision margins is not warranted. The scalp is a location where a reduction in excision margin may not be necessary in any case due to less cosmetic and functional considerations. It is also an area that can be reconstructed with skin grafts with less aesthetic concern to the patient.

Therefore specific histological features and anatomical location of the primary tumour should be taken into account when managing melanoma. This study does not advocate the use of reduced excision margins routinely for the management of head and neck melanoma. It is clear that head and neck melanomas exhibit poorer prognosis, more variable patterns of spread and specific functional, aesthetic and reconstructive challenges, and as such should be regarded as a specific entity when it comes to managing melanomas. Multidisciplinary teams should reflect this within units that are routinely managing melanoma. 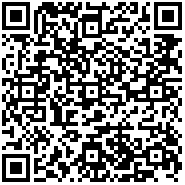