Effect of aeration on acetic acid fermentation of apple cider at 25 to 30 degree Celsius.

An apple (Malus pumila) is a sweet edible fruit cultivated worldwide and are the most widely grown species in the genus Malus. The small deciduous tree of apple originated in Central Asia, where its wild ancestor, Malus sieversii, is still found. Apples have been grown for thousands of years in Asia and Europe and were brought to North America by European colonists [1]. Worldwide, 89.3 million tons apples were produced during 2016, with China being the leading country with 50% of the world total produce [2] and United States is the second-leading producer, with more than 6% of world production. Turkey is third, followed by Italy, India and Poland. Total area under apple cultivation in Pakistan was 96928 hectares with an annual production of 62048 tons during 2015- 16 while in Khyber Pakhtunkhwa the total area for cultivation was 7741 hectares with an annual production of 89333 tons [3]. Cider, called “hard cider” in the USA, is a popular alcoholic beverage that has been widely produced throughout the world for over two millennia. Its definition includes a wide range of fermented apple juices, obtained by different processes,and with different organoleptic characteristics. French ciders show a great diversity in both their composition and sensory characteristics in spite of relatively reduced process steps [4]. There are three types of Fermentation i.e., ethanol fermentation, acetic acid fermentation and lactic acid fermentation. Fermentation is an essential metabolic phenomenon in which, sugar is consumed in the absence of oxygen. The products formed due to fermentation are organic acids, gases, or alcohol. Fermentation is a primary means of producing ATP by the degradation of organic nutrients anaerobically, and the process is believed to have been developed in order to preserve fruits and vegetables for times of scarcity [5]. Ethanol fermentation is also known as alcoholic fermentation that converts sugars such as glucose, fructose, and sucrose into energy (ATP), ethanol and carbon dioxide as by-products. One glucose molecule is converted into two ethanol molecules and two carbon dioxide molecules. Vinegar is formed when acetic acid bacteria is added to alcoholic beverages. In this process, oxidative fermentation takes place that creates vinegar as a by-product [6]. Apple vinegar is obtained by biotechnological process of double fermentation, alcoholic and acetic. Prior to the start of the acetic fermentation apple wine is subjected to alcoholic fermentation which is carried out with yeast, thus obtaining the amount of necessary alcohol to produce acetic acid. By prolonging the outdoor stay-period of the fermented apple juice it can be seen on its surface a pellicle containing microorganisms with different characteristics belonging to the Acetobacter and Gluconobacter genus [7,8]. The biochemical mechanism for the conversion of alcohol in acetic acid starts with its oxidation into an acetaldehyde in the presence of alcohol dehydrogenase. Acetaldehyde, by the addition of a molecule of water, is converted into hydrate acetaldehyde, which in the presence of the aldehyde dehydrogenase is transformed into acetic acid-product of the fermentation [9]. The fermentation lasts between 8 to 14 weeks, depending on the initial composition of the alcoholic solution, fermentation temperature, nature of the microorganism, the contact surface liquid/air etc. Acetic acid fermentation process takes more than 14 days and depends on temperature, agitation, light, humidity, alcohol content, and nature juice. The present study is designed to check the effect of forced aeration on conversion of alcoholic fermentation to acetic acid.

The fermented apple juice having 5% Alcohol content was brought to the quality control laboratory of Food Science and Technology Section, Agriculture Research Institute Tarnab Peshawar for experimentation (Table 1).The fermented apple juice was first pasteurized at 68.1°C (1558 F) for 14 sec. and then split into two portions and each were inoculated with mother liquor of acetic acid bacteria. After inoculation the each cider were poured to glass carboy and kept at room temperature. One glass carboy was setup with force aeration system from air compressor and other glass carboy were covered with cheese cloth for natural aeration. Both the sample was analyzed for pH, acidity, alcohol and total soluble solids according to standard method of AOAC (2012) on daily basis.

All the data concerning treatments and storage interval were statistically analyzed by means of Completely Randomized Design (CRD) 2 Factorial as recommended by Gomez and Gomez (1984) and the means were separated by applying Least Significant Difference (LSD) Test at 5% possibility level as defined by Steel and Torrie (1997).

Values having different alphabetical letters are significantly (p<0.05) not same LSD at 5% level for treatments= 0.0682 and storage interval=0.1670

Values having different alphabetical letters are significantly (p<0.05) not same LSD at 5% level for treatments=0.1185 and storage interval=0.2902

Values having different alphabetical letters are significantly (p<0.05) not same LSD at 5% level for treatments= 0.2600 and storage interval=0.6370

It is concluded that force aeration significantly affect the acetic acid concentration during the first 4 days. However, after 4 days the aeration negatively affects the fermentation process because the air compressor collect hot air from the environment and hence increase the temperature of the stock to 37°C. This high temperature results in retardation of bacteria growth. However the non-aerated samples showed increase in acetic acid fermentation as compare to the aerated samples.

Future study should be carried out to analyzed for microbial count while storage at ambient temperature and using different packing materials. 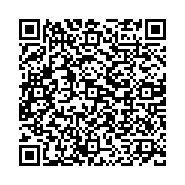