Protein, fat and some other essential elements are necessary for human body for maintenance of good health. The purpose of study was to estimate the amount of minerals and heavy metals in protein sources to be safe for human consumption.180 samples of six groups of protein sources like mutton, beef, poultry, fish eggs (yolk, albumin) were taken in study. Samples were digested by using method diacid digestion method (HClO4:HNO3; 1:3).The concentration of Na, K and Ca was analyzed by using Multi-channel Flame photometer (AFP 100) and the heavy metals including Zn, Pb, Fe, Cr, Ni, Cu, Mg and Mn were analyzed by using Atomic Absorption Spectrophotometer (Polarized Zeeman Z-8230 Atomic Absorption Spectrophotometer). The results were concluded that mostly the values of minerals and heavy metals were above the standard value. Ca in beef, mutton, chicken, egg yolk and egg albumin was observed (985.5 ppm), (1013.5 ppm), (810 ppm), (491 ppm) and (740 ppm), Na in beef, mutton, egg yolk and egg albumin highest value were found in egg albumin which was 1479.5 ppm, K in egg albumin, Zn in egg yolk and egg albumin, Mn in fish, egg yolk, egg albumin, mutton and chicken was above the limit and highest value was found in fish which was 18 ppm, Fe in the egg albumin, Cr in mutton, chicken, fish, egg yolk and egg albumin was above the limit and in fish was highest value which was 14.5 ppm while WHO value was 0.1 ppm and Pb in egg yolk, beef, mutton, fish were observed above the limit by WHO. The observed value of Ni in all samples was seen under the permissible limit. Mg seen in all sample was above the limit. Cu was not detected in all samples.

By increasing the population and industrialization the shortage of protein also take place day by day. This shortage was seen more in developing countries than the developed countries. The 80-96 g of protein consumed by developed countries on daily basis [1]. With the expanding of industrialization; heavy metals are deposited into the earth. These metals stay for all time since they can't be eliminated from the earth. They add up into the food and from food stuff, they eventually make their entry into the tissue. Harmful metal is characterized as that metal which shows extreme toxicological side effects at low levels [2]. Heavy metals are categorized as: essential and non-essential heavy metals. Essential metals are (Cobalt, Chromium, Copper, Iron, Nickel, Zinc), and nonessential are (Arsenic, Cadmium, Mercury, Lead) [3]. Animal feed and polluted environment in which animal inhale is responsible for heavy metal pollution in meat. For food safety and human concern the heavy metal contaminants in meat is of great concern due to the toxic nature of these contaminants even in minute quantity [4]. Lead, chromium, mercury and arsenic are more toxic heavy metals and cause hazardous effects when human consume the contaminated food stuff. The residue of these contaminants after ingestion by animal had deposited in meat. Due to grazing on contaminated soil these heavy metal were detected in mutton and beef [5]. Due to bioaccumulation and bio magnifications in food chain the meat is contaminated with heavy metals which are highly toxic to human health stated by Demirezen and Uruc [6]. Protein, fat and some other essential elements is basic components of meat. For maintenance a good health and growth meat should be essential part of our diet plan. Due to direct exposure to contaminated water and crops the contamination transferred to animals. Other source of contamination is vehicle emission and dirty slaughter places. Meat sold by shopkeepers on road side or at open market. Food and water which is polluted is a source of illness. In humans heavy metals are directly cause of health diseases [7]. Along with other microelement meat is also one of rich and suitable source of protein. Poultry has shorter time of production of meat rather than red meat animals and the demand of it in world increase. Compare to other meat products the poultry meat used widely because of its relatively low and reasonable prices and its nutritive property [8]. Zinc is essential heavy metal which plays important role in proper working of cells, protein and carbohydrate metabolism, normal growth and division of cells. When a high amount of Zinc consumes by human can cause default protein metabolism, damage the pancreas and can cause arteriosclerosis. Chromium is another heavy metal which is essential and beneficial and play role in use of sugar, protein and fat. Consumption of chromium at higher level can create different diseases in human body like can cause gastrointestinal bleeding, necrosis of proximal and distal tubules in kidney. Nickel is also important for human health. It helps as cofactor for many enzymes and speed up the chemical reaction in human body. But in high quantity it can cause eczema which can arise on other parts of body. A high consumption of Nickel can cause teratogenic and genotoxic effects [9]. To build the level of proteins distinctive metals are added in poultry feed to nourish them so that the utilization of protein in human diet is inadequate and it's likewise in getting weight and counteractive action of diseases. The feed contained supplements like, phosphorus; copper; zinc; Manganese; and arsenic to increase growth and reproductive rate. Arsenic is very toxic heavy metal which creates different issues, because of its widely consumption 60 g/person/day. People consume 1.38- 5.24 μg of this inorganic arsenic on daily basis [10]. The growth, reproduction rate, mortality and physiological functions of fish has effected by toxic effect of heavy metals. Through gills, body surface and digestive tract the heavy metal enters into the body of fish. Biomagnifications, sediments, contaminated water and contamination in food web is also cause of deposition of heavy metal in fishes [3]. On the other hand, eggs also contain a large number of heavy metals which is due to contaminated feed and polluted water. But still, there are some traces minerals which is very beneficial and nutritive to health [11]. 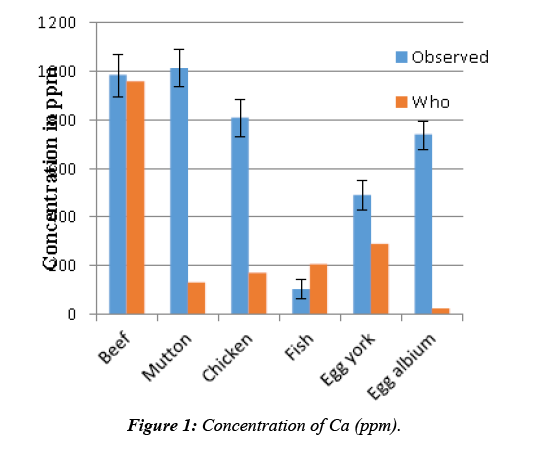 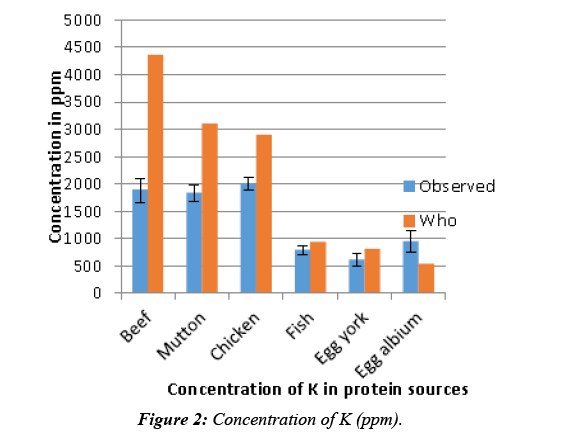 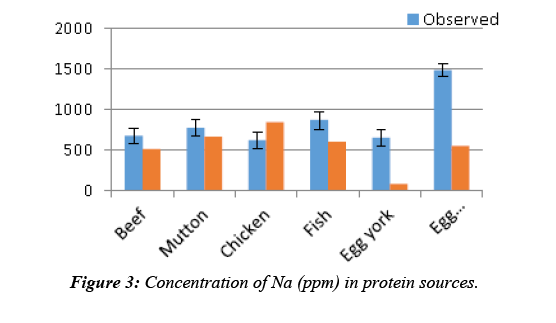 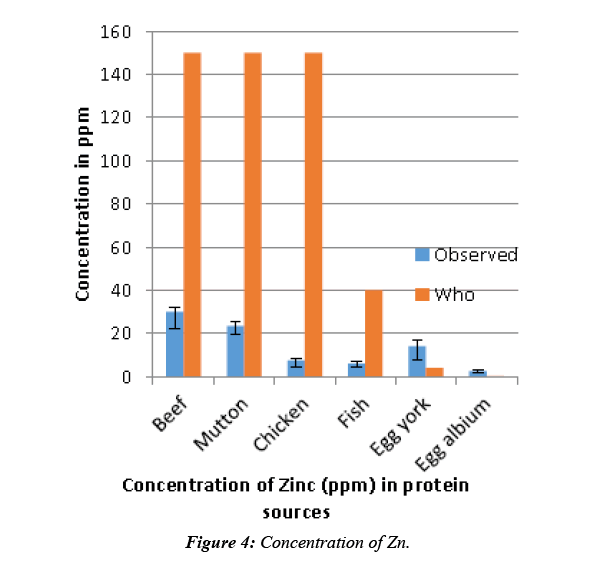 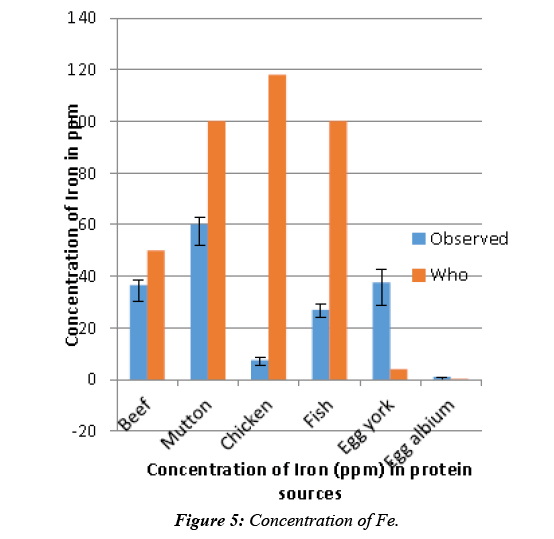 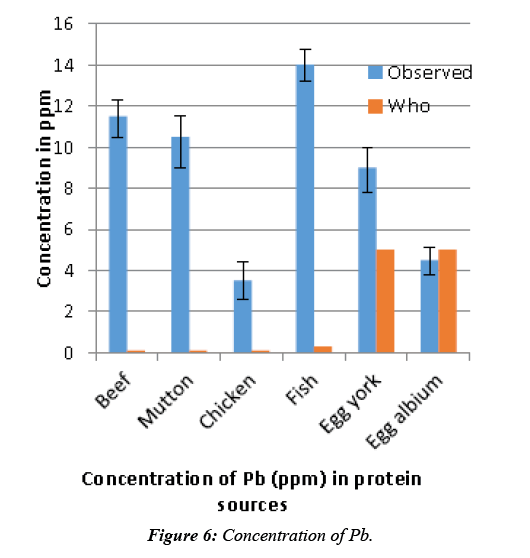 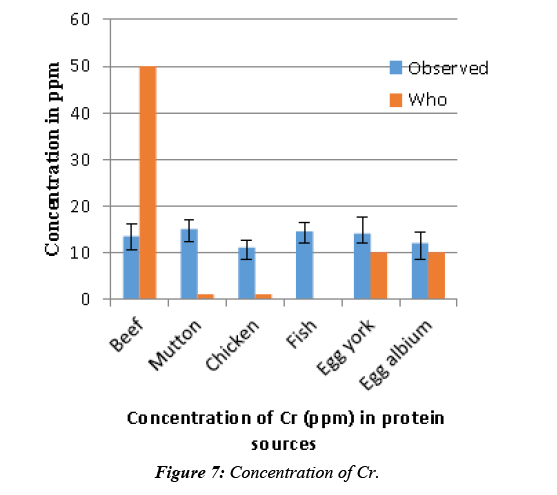 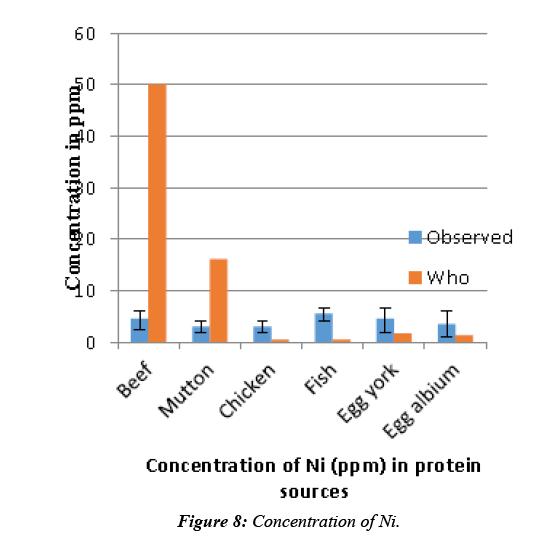 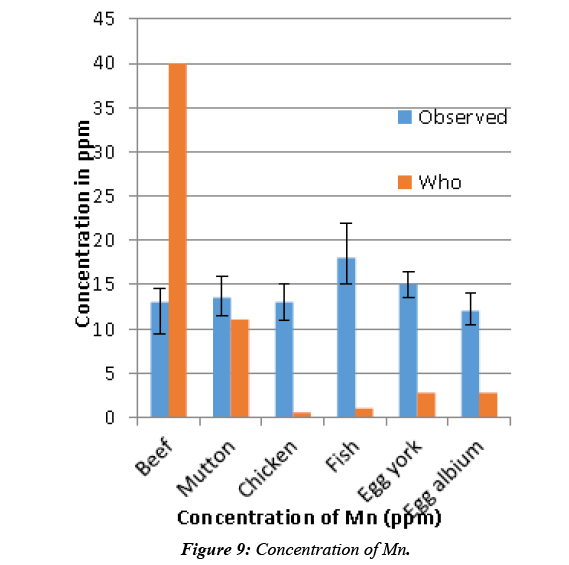 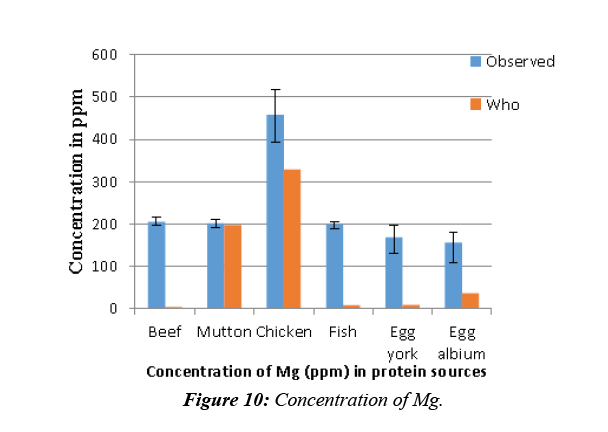 In protein sources the presence of heavy metal contaminants is a serious issue and need a great concern because these metals are highly toxic in nature and had adverse effects on human health. The direct exposure of these toxic metals is due to use of waste and drain water of industrial areas for irrigation of crops and by grazing of animals on these crops and soil these contaminants become part of animal body and by consumption of these contaminated animals these toxic metals enter in human body. The waste water of industries contain high amount of Lead and chromium which enters in our food. To avoid from these contaminants there should be provided clean and pure environment to animals like buffaloes, goats, poultry hens and fish and they should be fed on clean and pure water and food.