Department of Paediatrician, University of Medical Board of Magnesia, Magnesia, Greece

Nipah Virus (NiV) first appeared in Malaysia in 1998, while Bangladesh reported its first case in 2001.

Nipah Virus (NiV) first appeared in Malaysia in 1998, while Bangladesh reported its first case in 2001. According to the local Department of Infectious Diseases, a total of 322 cases of Nipah have been reported by 2021 and 229 of them have succumbed to infection. The infection has claimed the lives of 71.1% of patients! Several researchers have speculated that Nipah virus may be the next pandemic agent after COVID-19 and the World Health Organization (WHO) has listed Nipah virus as one of ten viruses with pandemic potential. Experts say that widespread infections from the virus are mainly caused by the spread of the virus from a primary reservoir (bats) to intermediate hosts (e.g., pigs) and then to humans. However, the origin of transmission is still poorly understood. In Bangladesh, Nipah is mainly transmitted by drinking the traditional drink made from palm (date) juice, a very popular drink throughout the country [1].

People drink the juice unprocessed (pasteurized) or rawwhich is collected overnight from the palms, towards the end of tropical autumn and winter. Often at night, bats visit the collection tree and leave their saliva or body fluids on the tree, which mixes with the sap collected by the vendors. As bats are a natural reservoir of the Nipah virus– meaning the virus lives in their bodies naturally- their saliva and secretions may also contain the virus.

Not known to them street vendors and drinkers circulate it freely in the local community (for sale, for treat), which makes the locals extremely vulnerable to contamination. It can also be transmitted from one infected person to another through bodily secretions such as saliva, blood, urine, feces, etc. In addition, there is a history of human infection from infected domestic animals. Infection through the consumption of halfeaten (by bats) tainted exotic fruits (guavas, dates) especially by young children has also been reported [2].

After recovery from the initial infection, almost all survivors suffer from neurological problems such as difficulty performing fine movements, difficulty maintaining balance, reduced or lost cognitive function, partial or complete paralysis and ophthalmological complications such as photophobia as well as mild to severe loss of vision. All of these fundamentally affect mental health and quality of life.

Experts advise locals to be more cautious and avoid known means of infection, such as drinking raw palm sap, handling live or dead infected animals, and eating fruit that is also eaten by bats or birds. Experts stress the importance of greater awareness as no drug or vaccine has yet been developed against Nipah virus infection in humans [3,4].

For another virus that concerned mankind in 2012, MERSCov, consumption of palm fruit or juice by bats infected with MERS-CoV had been suggested in a Hong Kong congress as a possible route of infection, which had caused public concern at the time, for the possibility of transmission also through fruits [5].

Could it be that the trafficking and consumption of adulterated unpasteurized juices of palm species or tropical fruits in the open-air, makeshift markets of tropical Southeast Asia or at the Huanan market of Wuhan, China, for example, between street vendors and buyers was the cause of the first transmission of the novel coronavirus sars-cov-2 in humans, since the ancestral form of the virus has not yet been identified in wild mammals and animals in general that were stocked in this market, except on market surfaces and in their cages and after they had been secondarily infected by human? Otherwise we should have series of human cases and weeks or months before December 2019 and near other wildlife farms in other parts of China or Asia (Figure 1). If we consider that the nearest coronavirus types (BANAL types 52, 103, 236 have 96% affinity to covid-19) were found in Laos/Thailand border forests, according to the French Pasteur Institute can we imagine that raw palm sap juice collected for the first time in newly established farms situated in these regions of Indochina (without the necessary precautions as in Bangladesh nowadays-protecting covers, includes and consumed not pasteurized in markets like Huanan market in Wuhan between vendors and personnel could it be a very logical way of the very first transmission? Did the first interviews by WHO health officials to the first sick Chinese vendors in these two markets in Wuhan take in consideration this fact? That it might have been a liquid fresh food distributed in bottles (raw palm sap for example) or a fresh tropical fruit partially eaten by a bat previously or contaminated by its excrements and not any animal product that was sold in this seafood market until then? [6,7] (Figure 2). 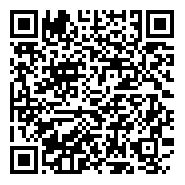