There has been growing interest in the fodmap diet: An acronym in the English language meaning oligosaccharides, disaccharides, monosaccharides and fermentable polyols and studies have shown that a diet with a low content of these compounds can contribute to a better quality of life for individuals who have diseases Intestinal inflammatory diseases, including Irritable Bowel Syndrome (IBS). Some studies have been recommending that their participants with IBS do a restriction of low fermentation short chain carbohydrates and poor absorption altering food consumption, since these carbohydrates represent a large proportion in the constitution of the food consumed and may be responsible for undesirable gastrointestinal symptoms promoting distension in the intestinal lumen by osmotic effects and an increase in gas synthesis due to a fermentative process by the bacteria that inhabit the intestine. There was restriction of fructose and symptomatic improvement suggesting that the results were due to restriction of short-chain carbohydrates in general. These were results that represented high level evidence that fodmaps presented in the form of fructose and are factors that trigger uncomfortable symptoms in patients with IBS, in which the reduction of their intake contributed to the relief of symptoms.

There has been growing interest in the fodmap diet and studies have shown that a diet low in these compounds can contribute to a better quality of life for individuals who have inflammatory bowel diseases, including Irritable Bowel Syndrome (IBS), a disease it occurs most frequently in people between 15 and 65 years of age, and is considered a functional disorder that causes changes in the intestine, accompanied by abdominal pain. It is a disease that presents symptoms such as abdominal distension and changes in the defecation process [2]. The criteria for diagnosing this disease are defined based on the observation of symptoms, as only assessing possible organic causes makes it more difficult to identify the diagnosis, as the symptoms presented are often confused with transient intestinal disorders, which affects several individuals, which in this disease has a chronic configuration.

Although IBS is not a psychological disorder, it is pertinent to consider that the emotional aspects of the individual must be observed, as a person who presents, for example, a picture of anxiety, panic syndrome or depression, may be contributing to gastrointestinal symptoms. Persist or even worsen, worsening the quality of life.

This class of carbohydrates, which constitutes the fodmaps, of reduced absorption, and of aggravating potential of the usual symptoms of IBS, allows the individual not to degrade these macromolecules properly, consequently compromising the digestive and absorptive process, which will increase the fermentation by the intestinal bacteria [3]. Thin and colon. This whole process raises the synthesis of short-chain fatty acids and many gases that may contribute to the manifestation of symptoms, such as severe cramps, abdominal distention due to the accumulation of gases causing excess flatulence, changes in motility and imbalance of the intestinal microbiota, as you can be shown in Figure 1, in which the disaccharide is not well absorbed in the small intestine by the elevation of osmolarity overloading the large intestine, causing the symptoms mentioned above and causing the diarrheal episode by the increase in water in the large intestine. 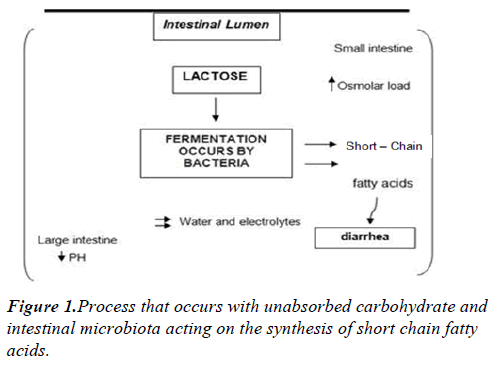 Figure 1: Process that occurs with unabsorbed carbohydrate and intestinal microbiota acting on the synthesis of short chain fatty acids.

A diet with a low composition of these carbohydrates, in that withdrawal from the usual routine little by little and then gradually being reintroduced, is being studied as an important tool in the quality control of patients with this syndrome. Some studies, such as the one described in Shepherd [4], double randomized early, there was a recommendation for its participants with IBS to make restriction of low fermentation and malabsorption short chain carbohydrates during research, altering consumption food, since these carbohydrates represented a large proportion in the constitution of the food consumed and could be responsible for undesirable gastrointestinal symptoms promoting distension in the intestinal lumen by osmotic effects and an increase.

In gas synthesis due to a fermentation process by the bacteria that inhabit the intestine. There was restriction of fructose and symptomatic improvement suggesting that the results were due to restriction of short-chain carbohydrates in general. These were results that represented high-level evidence that fodmaps presented in the form of fructose are factors that trigger uncomfortable symptoms in patients with IBS, in which the reduction of their intake contributed to the relief of symptoms. They were patients with a change in diet to low free fructose content throughout the study and the few were adding this fermentable carbohydrate alone and in combination, as well as ingesting glucose-based drinks for 2 weeks, with a 10-day break and restarting, with observation of symptoms through the use of a diary and it was seen that in patients with SIIS there was symptomatic improvement.

Another cross-intervention study by ONG [5], compared the patterns of hydrogen and methane in the breath and the symptoms produced in response to a diet with low content of fodmaps, carried out with healthy participants and with IBS, who ingested below 9 g per day and 50 g/day of these fermentable carbohydrates for 2 days, with breath collection every 14 hours on the second day of each nutritional intervention showing that the highest values of hydrogen were produced significantly in the air throughout the day on those who made use of a diet high in fodmaps. As for methane respiration, there was a decrease in those who ingested a high concentration of fodmaps for both healthy people and those with IBS. The presence of these fermentable carbohydrates (fodmaps) in the diet was able to cause an increase in the production of gases in the intestine, more pronounced in those who had the syndrome causing intestinal discomfort, which suggests that a diet in this format may be effective for the carriers of this disease.

The clinical evidence for the efficacy of this type of diet is growing, however more studies are needed and need to be evaluated regarding the short and long term effects, the adherence of this type of diet considering how restrictive it can be, as well as the potential deficiencies of some nutrients involved, the best way for fodmaps to be reintroduced gradually, among other investigations and thus be able to benefit the lives of people with this syndrome by relieving symptoms. 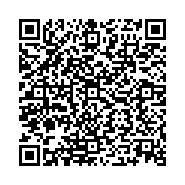