Keeping in mind the one health concept by WHO, which recognises that health of human beings is connected to health of animals and environment, my study recommends regular use of antimicrobial susceptibility testing of mastitis bacterial pathogens to decide the appropriate antimicrobial drug for treatment and to limit the indiscriminate use of antimicrobial drugs to avoid the development of resistance among microbes. Mastitis is a serious problem for the dairy cattle in many countries of the world. Among the microbial etiology, bacteria play a major role in the onset of the mastitis. Many of these bacteria are resistant to one or more classes of antibiotics. In the present study Staphylococcus aureus, Coagulase negative Staphylococcus, and Enterobacteriacea were identified as the predominant bacterial species causing mastitis in cattle in Ranchi. Antibiogram study revealed few vancomycin & linezolid resistant strains among Staphylococcus aureus and increasing numbers of methicillin resistant Staphylococcus spp.

Mastitis can be also defined as clinical (grossly evident changes to milk, the gland or the whole animal) or as subclinical. Mastitis is characterized by a range of physical and chemical changes in the milk and pathological change in the glandular tissue. The most important changes in the milk include discoloration and the presence of large number of leukocytes. There is swelling, heat, pain and oedema in the mammary glands in many clinical mastitis cases [1]. Subclinical mastitis is a condition in which there is no detectable inflammatory change in the udder and no observable abnormalities in the milk. Often it is more prevalent than the clinical form; it usually enters the food chain leading to transfer of drug resistant bacteria to susceptible host [2].

The study was conducted during the period from 2019-2020 in Ranchi city in Jharkhand. A total of 75 milk samples were collected from udder quarters of dairy cows at some different small holder dairy farms, and pathogenic bacteria were examined and sensitivity of microorganisms against antibiotics had been tested. After an udder had been cleaned up by removing any possible dirt and washed with tap water, the teat end was dried and swabbed with cotton soaked in 70% ethyl alcohol.

Approximately 20 ml of milk was collected aseptically into sterile bottles, after discarding the first 3 milking streams. Milk samples were collected and analysed immediately (max. 4 h after collection) for identification of the mastitic pathogens. All the bacteria isolated through microbiological procedures were subjected to antimicrobial susceptibility test by Kirby Bauer disc diffusion method. The results were obtained by measuring the diameter of the growth inhibition zone around the antibiotic disc for each isolated bacterial strain and recorded as sensitive, intermediate and resistant.

In my study a total of 75 milk samples were investigated, in which 66 (88%) samples were bacteriologically positive. No pathogens were isolated from 9 (12%) milk samples, as given in Table 1.

The study of the frequency of susceptibility of Staph. Aureus (n = 26) to antibiotics has revealed a higher sensitivity to the vancomycin, linezolid (95% & 98% respectively), combinations of trimethoprim plus sulphamethoxazole and cefotaxime (74% to each). More number of isolates showed moderate sensitivity or resistance to azithromycin (80%), tetracycline and amoxicillin (30% to each) (Table 2). In contrast, CoNS (n = 19) have been found to show a complete sensitivity to the vancomycin and linezolid (100% to each), and higher sensitivity to trimethoprim combination plus sulphamethoxazole (98%), cefotaxime, amoxicillin, ciprofloxacin, (67% to each). Methicillin resistant Staphylococcus aureus (31%) were isolated more than that of methicillin resistant CONS (13%).

Mastitis is one among the foremost important destructive infectious diseases of dairy industry [3] and it is considered of quite vital importance to the general public health as it is related with many zoonotic diseases and food borne illnesses in which milk acts as a vehicle for the infectious agents [4]. In recent time there are limited studies on antibiotic resistant bacteria in food animals in India. Reports of multiple drug resistance in the common bacterial agents responsible for mastitis, which can be transmitted between humans and others animals were observed from different regions in India [5-7].

In the present study which revealed that 88% of the milk sample were bacteriologically positive, while in the study by Lakew et al and Selium et al [8,9] 93% and 98% respectively of the sample were bacteriologically positive. In another study by Char et al and Malinowski et al [10,11], bacteriologically negative samples were13.3% and 33.7% respectively which were more in comparison to my study that reveals 12% of bacteriologically negative samples. In my study staphylococcus aureus were the predominant bacteria which were comparable with the report of Kasch, Albachew and Almef [12], who found E.coli as the predominant bacteria in Ethiopia. In the study by Preethirani et al in South India, CONS were the predominant species isolated from bovine mastitic milk. In our study, 5% vancomycin resistant strain of S.aureus were isolated which was in contrast to study conducted by Pyorola, S et al.2003 [1], who got only 3.2% of vancomycin resistant strains of S.aureus.Methicillin resistance among Staphylococcus aureus in our study was 31% which was more in comparison to the study conducted by Chavan VV et al., 2007 in South India, who isolated only 21.4% strains of S.aureus as methicillin resistant. In cas of CONS, 5.6% methicillin resistant strains were isolated from study by Chavan VV et al (2007) whereas in our study 13% strains of CONS were methicillin resistant [7].

As antibiotics are used indiscriminately in dairy industry for increasing milk production, most of the mastitic causing bacteria acquired resistance to various antibiotics. These multidrug resistant bacteria when enters the food chain, will lead to the spread of resistant strains to susceptible host. Therefore, random antibiotic use in dairy industry should be discouraged, early diagnosis, establishment of correct in-vitro antibiogram is very much essential to control mastitis and to prevent the spread of resistant strains of bacteria.

No conflict of interest. 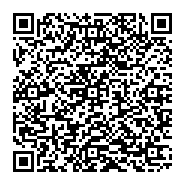