The sense of smell is a sensory system devoted to detection and recognition of odorant molecules from environmental objects, including food. Two main functions of olfaction are relevant in this context. Firstly, olfaction constitutes a warning system for toxic and disgusting substances in the environment. For example, the olfactory system contributes to detection of spoiled food and enables avoidance of dangerous substances. Secondly, olfaction plays a major role in food pleasure. The positive hedonic value evoked by a particular food odor is a good illustration of how olfaction can facilitate food selection, intake, and appreciation. The relationship between olfactory perception and food intake is particularly relevant in certain disorders. For example, olfactory dysfunction can be associated with a decrease of pleasure while eating, subsequently reduced appetite and loss of weight in patients with nasal polyposis and asthma, or on the contrary with increased intake of some food or tasty ingredients see review by in patients with olfactory dysfunction. In the same line, eating disorders such as anorexia have been shown to be associated with impaired olfactory function.

Facial EMG, expressed in microvolts (μV), was measured using miniature Ag/AgCl electrodes (diameter: 0.8 cm) placed on the corrugator muscle after cleaning the skin with alcohol. The electrodes were filled with electrode paste and attached by adhesive disks. EMG activity was measured on a PROCOMP+ amplifier (Thought Technology), with band pass filtered from 20 to 1,000 Hz. Data were reduced to EMG area under the curve, calculated during a time window of 10 s after odour diffusion. This time window was chosen in order to limit analysis to facial mimics induced by the olfactory stimuli.

Finger pulse frequency was measured using a photoplethysmographic probe (3.2 cm/1.8 cm, LED photo detector) placed on the thumb of the non-dominant hand. Data were reduced to pulse rate in beats per minute (bpm), and analysed in the 60-s window after stimulus onset.

One important aspect of the experimental procedure was synchronization of odorant perception with physiological recording. Sampling instructions, odour presentation, sniffing and physiological recording were all time-locked via a single central computer. This was done by recording intra-nasal sniffing continuously during the experimental session, using an airflow sensor (AWM720, Honeywell, France) connected to a nasal cannula positioned in each nostril. The sniffing signal was amplified and digitally recorded at 256 Hz using Lab VIEW software. This measurement was used to define the onset of each physiological trial and as a measure of interest in later analysis (i.e., comparing sniffing parameters across odorant conditions).

For the first inhalation following stimulus onset, inspired volume, sniff duration, and maximum sniff amplitude were calculated for each sniff and each participant. Both volume integration and sniff duration ended at the first data point at which the sniff returned to zero flow. The transition from adolescence to young adulthood, or “emerging adulthood,” is said to be an especially vulnerable period for excess weight gain. During this critical time period, many emerging adults in college make poor food choices, which may affect long-term health outcomes, particularly among first-year college students [3].

The transition into college is also an emotional experience for emerging adults. Stress is a commonly cited negative emotion among college students and is frequently associated with emotional eating. Emerging adults have identified negative emotions as contributors to their own overeating. When feeling stressed, they may turn to food for psychological comfort. There is a significant body of literature to support that stress is linked to binge eating. However, the causal relationship is still unknown, even in this more developed area of the field. At the same time, research suggests that for some, stress may not change eating habits, or may even cause decreases in eating. Eating in response to stress is characterized by eating more food and/or consuming more calories, though there is only limited evidence regarding which types of foods are consumed from various food groups. Some research indicates that the foods people eat when experiencing stress are likely to be energy-dense, specifically high in sugar and fat. For instance, a study examining female college students found that over half of participants reported an increase in appetite from stress, and those participants chose to consume significantly more types of sweet foods and mixed dishes which included high-fat items like casseroles, burgers, pizza, and fast food. In these studies, stress was the only emotional aspect assessed, and healthy food choices were not examined [4]. 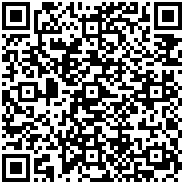