Foodborne pathogens are responsible for a wide range of illnesses with serious consequences for both human health and the economy. The characteristics of the most prevalent pathogenic bacteria, viruses, and parasites, along with some significant outbreaks, are Bacillus cereus, Campylobacter jejuni, Clostridium botulinum, Clostridium perfringens, Cronobacter sakazakii, Escherichia coli, Listeria monocytogenes, Salmonella spp, Shigella spp, Staphylococccus aureus, The traditional hazard-based approach to food safety management systems has been shown to be ineffective, and prominent experts and organisations now recommend using a risk-based approach.

The current Paediatric Infectious Diseases Notes’ main goal is to offer medical professionals who advise patients on food safety useful advice. In North America, food safety has grown in importance as a matter of public health. In the United States, a sentinel system for active foodborne disease surveillance has been in operated and a newer system in Canada. Since the installation of safety measures, there has been a considerable decrease in the incidence of various foodborne diseases in the United States [1].

When a pathogen is consumed with food and becomes established in the human host, or when a toxigenic pathogen becomes established in a food product and creates a toxin, which is subsequently consumed by the human host, foodborne disease results. Foodborne infection and foodborne intoxication are the two major categories under which foodborne sickness falls. Since an incubation period is typically involved, foodborne infections typically take far longer than foodborne intoxications for symptoms to manifest after consumption [2].

Foodborne illnesses are most frequently brought on by bacteria, which come in a range of sizes, varieties, and characteristics. Some pathogenic bacteria are very heat-resistant because they can produce spores (e.g. Clostridium botulinum, C. perfringens, Bacillus subtilus, Bacillus cereus). Some are able to produce toxins that can withstand heat (e.g. Staphylococcus aureus, Clostridium botulinum). The majority of infections are mesophilic, with ideal growth temperatures between 20 and 45°C. However, some foodborne pathogens (psychrotrophs), such Yersinia enterocolitica and Listeria monocytogenes, can grow in the refrigerator or at temperatures lower than 10°C [3].

Consumers, public health organisations, and the food business are all responsible for food safety. Public health and food industry-related issues are outside the purview of this paper. Food safety is a major consumer responsibility. Medical professionals can help educate them about safe food preparation methods even though they may be growing more apprehensive. Many people mistakenly believe that foodborne illnesses are more frequently contracted outside of the home, whereas in fact, most infections take place there. Contaminated raw food supply, poor food management, and purposeful eating of uncooked or undercooked animal products are all risk factors for these illnesses [4].

Doctors should encourage parents of immunocompromised children to be extra cautious. Following the acquisition of foodborne germs such Salmonella, Toxoplasma, Cryptosporidium, and Listeria, these kids are at an elevated risk of developing serious illnesses. As a result, particular consideration should be given to the foods that are chosen and prepared for them. Avoid eating raw foods with high microbial loads or that can't be thoroughly cleansed. There are published guidelines for reducing food-borne infections in people with immunodeficiency following hematopoietic stem cell transplantation or due to HIV. Patients who are immunocompromised due to other illnesses or treatment should also take note of the advice in these documents [5].

The identification and control of all developing foodborne problems that endanger human health and international trade require a coordinated and cooperative response from all nations and the pertinent international organisations. Foodborne diseases are a global problem. Even though their biology, analysis, and epidemiology are complex, the majority of foodborne infections are avoidable. It is unquestionably necessary to combine knowledge and abilities from several areas. To prevent food contamination on farms, during processing, in restaurants, and in homes, public health organisations, regulatory authorities, the food business, and consumers must continuously work to prevent it. The number of cases of foodborne illnesses could be reduced with appropriate education initiatives for everyone involved. 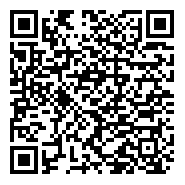