Children eating patterns and food intake are influenced by their likes and dislikes.

According to Kathleen Keller, associate professor in the departments of Nutritional Sciences and Food Science, who conducted an experiment with 61 children aged 4-6 years to analyse the relationship between their love of foods in a meal and subsequent intake, there is a significant difference. When given a meal, the study found that hating is a better predictor of what kids will eat than like.
"In other words, rather than high liking leading to increased intake, our research shows that lesser liking leads to youngsters avoiding certain foods and leaving them on the plate," she explained. "Kids have a certain amount of stomach space, so when they're presented a tray, they go toward their favourite item and eat it first, before deciding whether or not to eat other meals."
John Hayes, a co-author of the study and director of the College of Agricultural Sciences' Sensory Evaluation Center, puts it another way.
"We've known that liking and intake are positively connected for more than 50 years," he added, "but this frequently leads to the incorrect idea that if it tastes better, you'll eat more." "Reality is a little more complicated. Adults understand that if you genuinely enjoy a food, you can eat it or not. If you don't like it, however, you'll eat it just occasionally or never. The same trend can be seen in young children, according to these recent findings. [1]"
In the study, children took part in two identical laboratory sessions in Keller's Children's Eating Behaviour Laboratory in the College of Health and Human Development, where seven foods were placed on a tray: chicken nuggets, ketchup, potato chips, grapes, broccoli, cherry tomatoes, and cookies. Fruit punch and milk were also offered as refreshments [2].
Children were asked to rank their liking of each food on a fivepoint scale before eating it: Super Bad, Bad, Maybe Good- Maybe Bad, Good, and Super Good. The researchers weighed what the kids ate after they had eaten as much as they wanted of the meal and compared the results to what the youngsters claimed they liked and disliked. The parallels were startling.
The researchers found that for most foods, the association between like and intake was not substantial, according to studies recently published in the journal Appetite. Only potato chips, grapes, cherry tomatoes, and fruit punch were found to be positively linked with the amount ingested. However, no correlations were discovered between like and consumption of other meal items.
However, there was a clear link between consumption ? or, in this case, nonconsumption ? and the meals that the kids stated they didn't enjoy. These findings are more consistent with the assumption that youngsters do not eat what they detest during a multi-component meal, rather than consuming what they prefer, the researchers found [3]. Keller noted that children's eating choices are impacted by their parents and classmates even at an early age. As a result, we must be cautious about making conclusions about what motivates their conduct when they sit down to eat.
"They take up on what's said around the table about what things are excellent, and while it may or may not equate to kids eating them, they're taking it all in and it's altering their impressions of foods," she explained. "Milk is a good illustration of this; milk may have a health halo effect for some families. Milk is taught to children at a young age that it will provide them a robust body, so they will drink it even if it is not their favourite beverage."
Because children in the United States continue to eat insufficient amounts of vegetables, Keller feels that the findings of research initiatives like this one will be of great interest to parents who are struggling to convince their children to eat veggies. Parents want to know how they can help their children eat better [4].
"Some parents battle with fussy eaters in their children," she noted. "This can lead to long-term nutritional problems as well as a lot of stress in the family [5]. "How do I convince my child to accept more foods? "is perhaps one of the most prevalent complaints I hear from parents. "How can I make dinner more enjoyable and convenient for my family?" 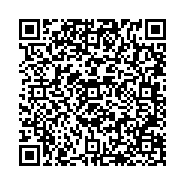