The effects of global warming on the mediterranean population's fitness

The Mediterranean diet as a nutritional recommendation is distinct from the cultural practises listed on the Representative List of the Intangible Cultural Heritage of Humanity in 2010 under the heading "Mediterranean diet": "a set of skills, knowledge, rituals, symbols, and traditions concerning crops, harvesting, fishing, animal husbandry, conservation, processing, cooking, and particularly the sharing and consumption of food," not as a specific set of fodder. Croatia, Cyprus, Greece, Italy, Morocco, Spain, and Portugal are among the sponsors [3].

The Mediterranean diet is strong in monounsaturated fat and dietary fibre and low in saturated fat. One suspected factor is the Mediterranean diet's potential health benefits from olive oil. Olive oil includes monounsaturated fats, the most prominent of which is oleic acid, which is currently being studied in clinical trials for its possible health advantages. The Panel on Dietetic Products, Nutrition, and Allergies of the European Food Safety Authority accepted health claims on olive oil for its polyphenols' protection against oxidation of blood lipids and for its anti-inflammatory properties. the role of oleic acid in maintaining normal blood LDL cholesterol levels by replacing saturated fats in the diet According to a meta-analysis, increased consumption of olive oil is linked to a lower risk of all-cause mortality, cardiovascular events, and stroke, whereas monounsaturated fatty acids from both animal and plant origin had no effect [5]. 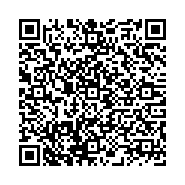