Recent research supports the concept that, in addition to providing nutritional demands, food may influence many bodily systems and play harmful or positive roles in specific disorders. Nutritional concepts are shifting away from an emphasis on survival, hunger fulfilment, and avoiding negative impacts and toward an emphasis on the utilisation of foods to create a state of well-being and greater health and to assist lower the risk of illness. Many nations, particularly Japan and the United States, are doing research on functional foods to determine the physiologic impacts and health advantages of foods and dietary components in order to authorise specific health claims. The positive effects of a functional food can be either maintaining a state of wellbeing and health or reducing the risk of pathologic consequences. Among the most promising targets for functional food science are gastrointestinal functions, redox and antioxidant systems, and metabolism of macronutrients. Ongoing research into functional foods will allow the establishment of health claims that can be translated into messages for consumers that will refer to either enhanced function or reduction of disease risk. Only a rigorous scientific approach that produces highly significant results will guarantee the success of this new discipline of nutrition. This presents a challenge for the scientific community, health authorities, and the food industry

Nutritional issues are an essential element of rehabilitation for people with Chronic Obstructive Pulmonary Disease (COPD). COPD patients frequently appear with malnutrition, sarcopenia, and osteoporosis, as well as an insufficient nutritional intake and a poor quality of life. Furthermore, nutrition has an important role in COPD patients via three mechanisms: control of carbon dioxide produced/oxygen consumed inflammation, and oxidative stress. A narrative review based on 99 eligible papers was conducted to assess existing data about optimum diet treatment for the management of COPD, and a food pyramid was then constructed in response.

The proposed food pyramid will be used to direct energy and dietary intake in order to prevent and cure nutritionally linked COPD problems, as well as to control progression and COPDrelated symptoms Even with several limitations, the nutrition pyramid described in our narrative review is hypothetical the main limitation is that there are no randomised controlled trials in the literature that clearly show that improved nutrition, via the regulation of carbon dioxide produced/oxygen consumed, inflammation, and oxidative stress, improves symptoms and/ or progression of COPD. Even though our nutritional pyramid is purely speculative, we believe it will help researchers focus on the often-overlooked putative links between body composition, nutrition, and COPD.

Weight and body composition also influence COPD development. It should be noted that the majority of research look at Body Mass Index (BMI) rather than body composition. Several studies have found that low BMI is an independent risk factor for death in COPD patients, with a BMI inflection point of 21 Kg/m and a mortality increase below this number [1]. The prevalence of underweight people with COPD varies, ranging from 3% to 19% with a BMI of 18.5 kg/m and equivalent to 22% when a BMI of less than 21 kg/m is included. This prevalence rises in direct proportion to the severity of the condition.

The "obesity paradox" might thus be present in obstructive lung disorders, which is especially noticeable in people with significant bronchial obstruction. More than fat, being overweight should be emphasised, since certain research reveal that individuals with COPD have a decreased mortality risk when they are overweight. To corroborate this finding, Eisner and colleagues looked at the effect of Fat Mass (FM) on functional limitation: a higher FM was associated with a decrease in the walk test in six minutes (from 13 metres per 1 kg of fat mass increase in men to 11 metres in women) and a lower Short Physical Performance Battery (SPPB) summary performance score.

This investigation was centred on the keywords "dietary supplement" AND "chronic obstructive pulmonary disease" AND "pulmonary rehabilitation"; four publications were retrieved: two systematic reviews and meta-analyses [2]; one prospective randomised and controlled trial; and one clinical study. It was thus decided to graphically represent what should be proper nutrition for the COPD patient, specifying the quality and amount of food, in order to counter the states of chronic inflammation and increased oxidative stress, as well as the management of carbon dioxide produced and oxygen consumed.

A flag at the top of the food pyramid for COPD dietary management draws attention to the fact that patients with COPD require particular dietary supplements: vitamin D, n-3 fatty acids, antioxidants (Vitamin C and E, selenium, zinc) [3]. D vitamin Several studies demonstrate that individuals with COPD [4].who have vitamin D (25-OH) levels less than 20 ng/mL (deficient) are at a higher risk of illness exacerbation, decreasing pulmonary function, and long-term loss in lung function. 89-94 In patients with severe insufficiency (blood Vitamin D levels 10 ng/mL) who underwent high-dose Vitamin D supplementation (100,000 IU per4 weeks), To conclude, it is necessary for all patients with COPD to monitor blood levels of Vitamin D and provide adequate supplementation, and patients should be reminded that since Vitamin D is a fatsoluble vitamin, supplementation should be carried out during a meal in which there are lipids consumed [5].

All these considerations and achievements have the great potential to improve evidence-based public health recommendations for a healthier eating pattern to adopt early in life as part of a healthy lifestyle in order to preserve lung function and prevent or improve COPD, in addition to encouraging smoking avoidance or cessation, and especially in smokers who are unable to quit smoking. 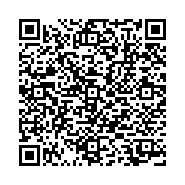