Impact of Flagship Program on Food Security in India

Statement of the Problem

‘Integrated child development services’ is a scheme started in India in 1975. It was identified as one of the three flagship programs in India to ensure food security in rural, tribal and urban slums. The present study was undertaken to analyze the impact of the program in ensuring food security to the beneficiaries.

A sample of 640 children from different clusters of Integrated child development services’ scheme serving about 25 villages was selected for the study. The children were assessed for nutritional status and health, through anthropometric measurements and compared with the standard measurements. The nutritional status of the children was evaluated by McLaren and Read classification of height, Rao and Singh index of weight for height and Gomez classification of Weight for age.

The results indicated that food security was ensured through ICDS scheme, as indicated by various parameters. McLaren and Read classification indicated that the children with normal nutritional status were high. Rao and Singh index which considers both weight and height, projected that on average 48 % girls and 34 % boys were normal while 50 % girls and 62 % boys of 0-5 years of age were suffering from PEM. The evaluation based on Gomez classification indicated that 39 % and 36 % of girls and boys respectively were normal while 47 % and 51 % of girls and boys were in Grade I malnutrition. About 13 % in either sex were in Grade II while only 1 % of girls were in Grade III. This positive anthropometric profile is achieved by the diet provided at ICDS which met about 30-60 % of RDA of children.

However, the infants were more malnourished. It is felt
that the diet during pregnancy and the pregnancy outcome are still at stake resulting in Low Birth weight and severe malnutrition during infancy. It was observed, that the diet given to the pregnant women was deficient in iron meeting only 11 % of the RDA, while the fat was 106 % of RDA and other nutrients were about 30 % of RDA. The low iron intake is reflected in low Hb levels and anemia, which is on par with the incidence reported in different regions of India. The key cause of malnutrition is poor dietary intakes among vulnerable population. Since, iron deficiency is highly prevalent, among pregnant women, the supplementary diet should be aimed at providing iron rich foods like egg, rice flakes, jaggery, dry fruits and nuts, which helps in preventing pregnancy wastage, MMR, IMR, LBW etc.

Since, height is an indicator of long term malnutrition, the normal nutritional status of the children according to McLaren and Read classification of height for age and Rao index based on weight for height shows that the children are provided food security through the ICDS program. The nutritional status based on weight such as Gomez Classification indicates short term malnutrition, due to morbidity pattern, which is a serious criterion to be taken into consideration, in future evaluation. The improvement in the nutritional status of the children, through ICDS programs has been reported by several studies, from different parts of India.

All these issues need to be considered to better organize and monitor the diet provided at anganwadi, rethink in terms of the growth requirements of the children at different ages. It is also very essential that the mothers need to be adequately educated on the need for good food during pregnancy, lactation and at all stages of childhood, to bring about the holistic development of the child. The nutrition education component is missing in ICDS, which makes the program a mechanical feeding program with no scope for advancement and betterment of the scheme.

Though the ICDS data per se, does not give any direct evidence of improvement in children, the vital statistics data during the four decades of ICDS existence has indicated substantial reduction in IMR, LBW babies, decreased under nutrition and rise in life expectancy at birth. All these indicators indirectly suggest the positive impact of ICDS on the population vulnerable to malnutrition and the cost effectiveness of the program. However, the said changes have taken place over a long span of time. The evaluation of nutritional status at periodic intervals, will give scope for effective monitoring of the scheme and better results can be obtained in short time span thus making the scheme cost effective.

A comparison of the present results with the earlier research done over three decades has reported malnutrition at different grades. No regional data is available in literature for comparison. Similar results were reported by few studies at national level. All studies have reported improvement in nutritional status of pre-school children in rural, urban and tribal ICDS centers.

Even though the program has been in operation since 1975, the impact has not been enormous, because the complex nature of malnutrition has not been well addressed. However, we can still say that, ICDS is The Flagship Program to ensure food security in India, because crores (millions) of beneficiaries of the program are able to see the light of the day. We have reduced infant mortality and so, the children are surviving; but they remain undernourished, due to lack of proper diets which is again an off shoot of the ignorance of mother to feed the child well. 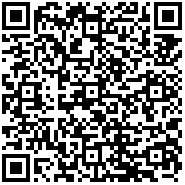