Edible oils are related directly to the health aspects of all the people .Edible oils have significant role in diet all around the world especially in India as Indian culture is based on idealism of well beings of all creatures of the earth. The chief contribution of fats and other lipids to the diet is their energy value and also satiety value. Fats are also acts as solvents and source for the fat-soluble vitamins such as A, D, E, K and pro vitamin A, the carotene. Fats and other lipids also contribute essential fatty acids to the diet which body cannot synthesize. Lipids play roles in energy metabolism, as membrane constituents, thermal insulators and biological regulators. The production of natural and real oil seeds (which contains more than 40-75% oil content) may also contribute to the wellbeing of the people in the world through generating the employment to small farmers, small scale oil expellers and livelihood of consumers. Literature survey also reveals that traditional and natural edible oils like coconut, mustard, groundnut and sesame are being used in cooking vegetables, deep frying and for storage purposes as pickles from a long time worldwide especially in eastern countries like India, China and Japan. The virgin oil has been extracted through eco-friendly, cold pressing technique called ‘Ghani’, which extract the oil from seed at very low speed (which is an important factor to preserve the natural quality, components, specific color, flavor and odor of the oil) at room temperature between 25- 400C. The oil extracted through natural oil seeds of good quality with cold pressing techniques is fresh, healthy, pure, and rich in antioxidants and vitamins. These oils are more nutritious having essential fatty acids, vitamins, tocopherol, phytosterols etc., serve better to provide maximum energy for which oils have been consumed by humans .They may easily assimilated and digested in human body and provide many benefits without causing any harmful effect on health. According to literature of ancient Ayurveda, sesame oil is the best for edible purposes and which has been used as dressing oil on freshly cooked traditional food items made by regional food grains which are very nutritious in all means, though mustard, groundnut and coconut oils are not only healthy but possess medicinal properties as well whereas Safflower oil is said to be worst for eaten as an oil.

Rancidity and reversion are found to be the main problem in use of vegetable oils, which are caused due to tendency of unsaturated fatty acids to oxidize. Literature survey reveals that oil containing more polyunsaturation reacts more rapidly with air and rancidity and reversion like phenomenon takes place readily. Some other reactions like oxidative polymerization and hydrogenation can occur during their thermal abuse and long storage. It is a well-known fact that soybean, sunflower, rice bran and safflower oils containing more polyunsaturation (40-76 %) are extracted through different new technologies involving solvent extractions, bleaching, refinement etc., by the use of number of harmful chemicals like isopropanol, hexane, methanol, KOH, NaOH, fuller’s earth, clay, hydrosol solvents etc., at very high temperature or pressure, which may remain in traces after the treatment which are not only undesirable but are harmful for health. The antioxidants and other vitamins have been added in these oils afterwards. Literature survey suggests that oils with a higher percentage of polyunsaturated fatty acids (PUFA) such as soybean, sunflower and safflower (highest content of PUFA present) lower both harmful LDL cholesterol and useful HDL cholesterol. On the other hand edible oils rich in monounsaturated fatty acids such as olive, mustard, groundnut, and sesame lower harmful LDL cholesterol level without affecting useful HDL cholesterol and hence are better for balancing cholesterol profiles. Oxidation products present in abused frying fats and oils are the compounds most suspected of impairing the nutritional properties of the oils or involving adverse physiological effects. The recent studies on their health implications include those related to their fate and those focused on their effects in metabolic pathways and the most prevalent diseases. Moreover, additional cholesterol-reducing properties are likely to come from the natural plant sterols and stanols contained in oils extracted without heat or solvents. Sesame contains 594mg/100g of soluble phytosterols while groundnut contains 247mg/100g and olive oil 210mg/100g. Soya and corn oils also contain phytosterols when raw (380mg/100g and 580mg/100g respectively), but since these latter need solvent or heat for extraction, the sterols are invariably lost in processing. The natural oils such as mustard, peanut and sesame are stable, nondrying or semi-drying oils with a low tendency to oxidize in the light. In their natural form they contain antioxidants which prevent rancidity and reversion (development of ‘off’ odors). In contrast, soybean and safflower oil are drying oils while sunflower oil is semi-drying oil. Thus, due to a higher percentage of PUFAs they are prone to oxidation in the presence of light, temperature, air and metal. In cooking, since edible oils are mainly used for frying in which oil is subjected to light, high temperature and contact with air and metal; such oils are harmful to health. Results of some scientific studies indicate and suggest a higher degree of deterioration due to presence of higher poly unsaturation in conjugation and ineffectiveness of antioxidants at higher temperatures in refined oils.

Sources of energy are very significant as food has been eaten to provide energy to the body. If the source selection is not proper, it may cause disease which needs remedy. Natural, bio diversified, locally grown oil seeds may be chosen as best source of energy. These oil seeds have good balance of saturated fatty acids, monounsaturated fatty acids, poly unsaturated and essential fatty acids with many other natural nutraceuticals which are responsible for their stability and healthy aspects. Vegetarians can easily fulfill the need of essential fatty acids, n-6/n-3 ratio and ALNA(α-linolenic acids) by using ALNA rich edible oil like yellow Indian mustard as the cooking medium and also by increasing the intake of ALNA rich foods such as coconut, sesame, mustard, and groundnut oils freshly extracted through cold pressing method in the diet.

Sesame has been considered to be an important and best edible oil seed from ancient times, The antioxidative constituents including sesamolinol and sesaminol present in sesame seed as four lignanphenols. Sesaminol was also found in high concentration in unroasted sesame oil,. Recent studies also support the Neurological role, benefits in regulation of blood pressure of sesame oil.

Ground nuts and its oil are a good source possessing 30 essential nutrients and phyto nutrients like niacin, fiber, folate, Mg, Mn and P and vitamin E 25% protein antioxidant polyphenols called p -coumaric acid – roasting can increase peanuts p - coumaric acid levels, boosting their overall antioxidant content by as much as 22%. They are significant source of resvertrol and co-enzyme Q.10 Resvertrol anti-oxidant is a chemical studied for potential antiaging effects and also associated with reduced cardiovascular disease and reduce cancer risk.

Similarly mustard seeds and its oil are also possessed very good nutritional value as well as medicinal values. Number of scientific studies and Charak Samhita and Sushrut Samhita (Indian Ayurvedic Literature) suggest that the Glucosinolates, essential fatty acids like linoliec acid ((A) and α - linoliec acid (alna), antioxidants etc., are required by the body and should be taken from external sources from food or from supplements. B.Juncea or Indian mustard is used as an condiment or as an oil seed which contains fat, nitrogenous substances, fiber, volatile, oil and isothio cyanates and related compounds. Protective effect against carcinogens probably due to isothiocyanate content which by virtue of its potent effect and enzymes, enhances solubilization and elimination of carcinogens.

Benzyl isothiocyanates and indole 3- carbinol are also present in Mustard (B. campustris) and sesame both are considered anti carcinogenic based on cytotoxic and tissue culture studies. Thus the plant kingdom and dietary substances appear to open up new fields of investigation in cancer research.

Studies related to n-6/n-3 ratio and ALNA(alpha linolenic acid)were done by various methods on untreated (raw state) oils whereas traditional cooking processes the oil is treated at high temperature atleast once and the composition of the oils containing higher PUFA value distorted due to uptake of oxygen and various chemical reactions.

Coconut, sesame ,mustard (rapeseed)and groundnut(peanut) are natural oil seeds with highest content of naturally stable healthy oil .They are stable naturally due to presence of abundant amount of natural antioxidants . Thus, it may be emphasis that the selection of the oil in the diet should be done carefully.

In fact, greater reliance on a natural means of protection from a disease rather than chemoprevention appears to be a more promising approach towards human beings all over the world. 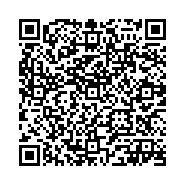