In 1946, scientists found that DNA may be passed from one organism to another. It is now known that various methods for DNA transfer exist and that they occur often in nature; for example, antibiotic resistance in harmful bacteria is a significant mechanism for this. In 1983, an antibiotic-resistant tobacco plant was used to create the first Genetically Modified (GM) plant. With the introduction of virus-resistant tobacco in the early 1990s, China became the first country to commercialise a transgenic crop. The Food and Drug Administration (FDA) approved the transgenic 'Flavour Saver tomato' for distribution in the United States in 1994. The tomato was able to postpone ripening after being picked as a result of the alteration. Few transgenic crops were approved for commercialization in 1995. Until 1996, 35 approvals have been given in 6 countries and the EU to commercially grow 8 transgenic crops and one flower crop of carnations with 8 distinct characteristics. As of 2011, the United States leads a group of countries in the development of genetically modified crops. There are now a variety of food species that have been genetically engineered. Cotton, soybeans, canola, potatoes, eggplant, strawberries, corn, tomatoes, lettuce, cantaloupe, carrots, and other foods are accessible on the market. Medicines and vaccines, meals and food additives, feeds and fibres are among the GM items now in development. Finding genes for critical properties, like as pest resistance or needed nutrients, is one of the goals [1,2].

Several GM crops are currently used as food sources. There are currently no GM animals that have been authorised for human consumption, but a GM salmon has been recommended for FDA approval. In certain circumstances, the product is consumed directly as food, but in the majority of cases, genetically modified crops are marketed as commodities, which are then processed into food ingredients. GM foods are made by inserting genes of other species into their DNA. By modifying the DNA system of these foods, the properties causing allergies are eliminated successfully. These foods grow faster than the foods that are grown traditionally and provide more food for the population to eat. Genetically engineered foods are high in nutrients and contain more minerals and vitamins than those found in traditionally grown foods. This reduces the necessity of exposing GM crops to pesticides and insecticides. Also, they have an increased shelf life and hence less fear of foods getting spoiled quickly [3].

Foods derived from Genetically Modified (GM) species have had their genetic material (DNA) altered in a way that does not occur naturally, for as by introducing a gene from another creature. "Modern biotechnology" or "gene technology" is common terms for the technology, which is also known as "recombinant DNA technology" or "genetic engineering." Plant-based GM foods are currently available, but foods generated from GM microbes or GM animals are anticipated to be introduced in the future. The majority of present genetically modified crops have been engineered to increase output by introducing disease resistance or increased herbicide tolerance. GM foods can potentially help to lower food prices by increasing yields and ensuring consistency. Genetic modification of food species began about 10,000 years ago. Advances in breeding techniques could reduce the time it takes to bring new foods to the marketplace. International requirements require that a new variety of crop meet three criteria before it can be commercially released. The easiest method of plant genetic modification was used by our nomadic ancestors. Modern methods of simple selection include marker-assisted selection and cross-breeding. Some traits considered beneficial to breeders are detrimental to the plant from a standpoint of environmental fitness, such as resistance to disease. Interspecies crossing can take place through various means. Genes from one species can naturally integrate into genomes of more distant relatives under certain conditions [4].

Some food plants can carry genes that originate in different species, transferred by nature and by human intervention. Chromosome engineering is becoming more competitive with rDNA technology. Several crop species, such as corn, soybean, rice, barley, and potato, have been improved using chromosome engineering. Embryo rescue is used to transfer genes from distant, sexually incompatible relatives through intermediate, partially compatible relatives of both the donor and recipient species. Somaclonal variation is the name given to spontaneous mutations that occur when plant cells are grown in vitro. This non-genetic engineering technique is not common in plant breeding. In the 1980s plant breeders used it to score regenerants for potentially valuable variants in a range of different crops. Other than Genetic Engineering in Livestock are considered modern methods that support the overall breeding and selection system for propagating desired genotypes. Emerging technologies will allow the sexing of semen and embryos to control the gender of animals. Embryo recovery and transfer allow valuable animals to contribute more offspring to the gene pool. Up to several thousand embryos can be produced using techniques for recovering and maturing immature eggs, or oocytes. Commercial application of in vitro maturation and fertilization has resulted in as many as 4,000 calves being born in a single year. Microinjection is a highly inefficient means of creating transgenic animals.

Transposons are under investigation for potential use in animals. Knock-In and Knock-Out Technology involves replacing one gene with another that has been engineered. Marker-assisted selection aims to segregate useful, segregated markers for economically important traits. Fermentations can be initiated and conducted completely by the bacterial populations that are endogenous to the raw materials being fermented. Traditional genetic modification methods include selection, mutagenesis, conjugation, and protoplast fusion. Producers have remained interested in developing improved starter cultures, using essentially two different approaches. The traditional approach has been to identify strains with desirable traits by conducting much small-scale fermentation. The second approach is to produce the desired traits in the laboratory using molecular genetics and genetic engineering techniques [5,6]. 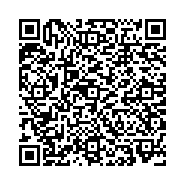