Albert Bandura’s Social Cognitive Theory developed in 1986 and further refined by Henningsen in 2011 was the theoretical lens for the study. The theory operates on the assumptions that there are individual, behavioural and environmental influences underlying food selection and dietary behaviour. The environment, behaviour and the person, according to this theory, interact with each other. First, the individual has personal and cognitive characteristics (self-efficacy) that influence his/her behaviour. As a theoretical lens of the study, the theory argue that when a person is executing certain habits and behaviours, he or she estimates that the behaviour will lead to specific outcomes. Social cognitive theory maintains that an individual lives in an environment social in nature, this environment to a very large extent influences the individual’s behaviour with respect to our eating habits and food selection. However, the willingness of an individual to accept what is available in the environment is contingent on the individual’s cognitive prowess. Hence, the theory takes into account factors regarding behaviour which generate habits. Based on these explanations, the social cognitive theory was utilized in comprehending the culinary behavior and practices which encompasses the cooking attitudes, cooking frequency and cooking confidence. Social Cognitive Theory was adopted as the theoretical framework of the study based on the notion that eating habits is a complex endeavor demanding contributions from multiple level of influence from the individual and the environment. The impact from the individual and the social environment such as the school setting are critical in determining the eating habits of an individual. Therefore, to attain optimal eating habits, it is expected that there is synergistic relationship of social and ecological factors as antecedent to eating habits are understood. Juxtaposing the tenets of social cognitive theory and the eating habits, social cognitive theory is a framework that will ensure, sustain and help in understanding eating habits. It is based on this premise that Social Cognitive Theory was deemed relevant for the study.

In line with the positivist epistemology of generating knowledge, this study utilized the correlational research design where through the quantitative approach 2,649 students constituting about 12% of the target population of 22,783 undergraduate students from six faculties on Winneba campuses of the University of Education, Winneba, Ghana. This proportion of students who were selected and participated in the study resonates with Braun and Clarke (2013) suggestion that the sample size in quantitative studies not be less that 5% of the target population. The proportionate stratified random sampling technique was employed in getting the sample where the proportion of students in the six faculties to the target population, departments of the faculties to the target population, male and female students in the faculties to the target population were all equally represented in the sample population. The main instrument for data collection was a structured questionnaire whose face validation was ensured when the questionnaire was given to some colleague lecturers to peruse with respect to typographical and grammatical mistakes. The content validation of the questionnaire was checked where a Professor in Food and Nutrition studies scrutinized the instrument to ensure it measures the various constructs and variables outlined in the study. For reliability, the internal consistency of the various constructs in the instrument was checked by Cronbach alpha where a coefficient of greater than 0.70 is deemed acceptable (Polit & Beck, 2010). In this study, the Cronbach alpha coefficients were 0.84, 0.87, 0.79 and 0.89 were obtained for cooking frequency, cooking confidence, cooking attitude and eating habits which are all above the 0.70 threshold and an indication that the questionnaire was reliable.

After meeting validity and reliability requirements, a structured questionnaire was used to collect data for the study which was analyzed using descriptive statistics such as frequency count, percentages, mean, standard deviation and inferential (Pearson Moment Correlation) statistics all with the aid of version 22 of the Statistical Product for Service Solution. The findings of the study revealed that even though the culinary practices of full-time undergraduate students of University of Education, Winneba had approached the expected standard, they exhibited cooking confidence than cooking frequency and cooking attitude. Besides, the findings further disclosed that students exhibited undesired eating habits where majority skipped meals, occasionally eat fruits and occasionally eat balanced diets. Furthermore, it was discovered that generally there was a weak but statistically significant positive relationship between undergraduate students’ culinary practices and eating habits. Hence, the study identifies the need by way of recommendations for nutrition education programmes for students to improve their culinary practices since it has implications on their eating habits. 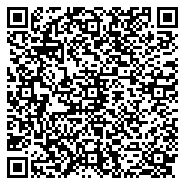