Rarely do spontaneously isolated isolates have the Clostridium perfringens enterotoxin gene. CPE is localised episomally in animal isolates and on the chromosome in strains that cause human food poisoning. The fact that the gene may gain or lose copies and was observed to be relatively unstable suggested that the gene was on a mobile element. Grampositive, anaerobic, sporulating Clostridium perfringens is a common bacterium that is significant in both human and veterinary medicine. Although it has been demonstrated that other strains of C. perfringens have the enterotoxin gene, they have not been demonstrated to produce food poisoning. Although in strains recovered from food poisoning outbreaks, the enterotoxin gene is found on the chromosome rather than a plasmid. Almost all of the bacteria species that have been studied have prokaryotic transposons present. An enzyme called a transposase, which facilitates transposition, is always carried by transposons. They can also carry additional genes, most notably those that are resistant to antibiotics, catabolic, viral, and those that code for virulence factors with the notable exception of IS200, most IS elements feature terminal inverted repeats that serve as transposase recognition sites.

Different PCR items were utilized as tests [1]. Blotching, the marking of tests, and identification were proceeded as portrayed in the ECL direct naming and location unit, involving Hybond-N+ as the nylon layer for smearing.

Clones from changes were screened utilizing PCR [2]. Provinces were picked and moved to new LB agar plates containing ampicillin. Modest quantities of cells were suspended in 100μl water, and microwaved for 3 min. Two to five microlitres from this cylinder was utilized in a PCR response. Starting screenings were finished with 10 provinces in each cylinder. The 10 microscopic organisms from positive cylinders were tried separately in another PCR.

Sequencing was performed on a Perkin Elmer ABI Prism 377 programmed sequencer. ABI Prism Dye Primer or Dye Terminator Cycle Sequencing Ready Reaction unit were utilized adhering to the producer's guidelines [3]. Groundworks other than general are recorded in the legend. All arrangements from NCTC 8239 have been sequenced on both DNA strands [4]. The cloned PCR items from different strains were, as a rule, sequenced from the two strands. In the situations where there was unfinished cross-over, a similar strand was sequenced in discrete responses. The actual guide of the chromosome of C [5]. perfringens has just about 100 markers. The enterotoxin quality has been demonstrated to be carried on a 5 kb NruI piece when tracked down on the chromosome. The bigger 370 kb I-CeuI part which envelops the quality gives indications of reworking including both addition and erasure in strains where the enterotoxin is on the chromosome. In enterotoxin-negative endlessly strains where cpe is plasmid-borne, the course of action of this locale is steady. Most of enterotoxin-positive strains convey the quality on a plasmid, and practically these strains have IS1469 upstream from cpe, however don't have IS1470 on the plasmid.

The greater part of these strains with episomally found cpe are of creature beginning, and enterotoxin creation is as yet directed by sporulation. Human food contamination strains have cpe on the chromosome in the transposon depicted here. Since the IS components related with, and the hereditary limitation of, cpe appear to fluctuate from human food contamination to creature strains, it is fascinating to estimate when and why these progressions in hereditary design happen. The significant distinction in the conditions between the strains confined from creatures and those from human food contamination cases is the openness to warm treatment in nourishment for the human strains. Strains which are enterotoxin-positive and are passed over and again on medium without heat stunning can lose the enterotoxin quality (P. E. Granum, unpublished perceptions). What heat treatment means for the development and articulation of cpe is one part of the creation of enterotoxin which ought to be analysed further. 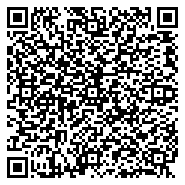