Accumulation of metals in native wheatgrasses and wild ryes when grown on metal-contaminated soil from three mine sites in Montana.

One of the biggest challenges to successfully phytoremediate contaminated mine land soils is the identification of native plants that possess a broad adaptation to ecological sites and either exclude or uptake heavy metals of interest. This study evaluated forage concentrations of aluminum (Al), arsenic (As), chromium (Cr), cadmium (Cd), copper (Cu), iron (Fe), magnesium (Mn), nickel (Ni), lead (Pb), strontium (Sr), and zinc (Zn) in native wheatgrasses (WG) and wildryes (WR) when grown in soil originating from mine tailings from Clark Fork, Cabbage Gulch, and Keating surface mines in western Montana. Despite having metal concentrations that exceeded the upper limits of normal plant tissue for As, Cd, Sr, and Zn, bioconcentration factors (BCF), an indicator of plants ability to extract metals from the soil, were ≥ 1 only for Cd and Mn and were soil specific. Charleston Peak slender WG appears to have some potential has a Cd accumulator when grown on soils with pH levels of 5.01 and 4.26 compared to a more basic soil found in the Clark Fork (pH = 7.64). Due to BCF values ≥ 1 for Mn uptake, all basin WR cultivars/germplasms studied, First Strike slender and Secar WG could be possible materials for Mn accumulators in a phyto extraction program. However, based on BCF values and soil types used, none of the WG and WR studied could be considered as hyperaccumlulator species for Al, As, Cr, Cd, Cu, Fe, Mn, Ni, Pb, Sr, and Zn.

The excess of heavy metals released from mine tailings can cause severe damage to ecosystems including decreased biodiversity, soil microbial activity, animals, and human health by contaminating surrounding soil, water, and air [1-3]. Many of these mine tailings are associated with reduced annual precipitation, relatively high or elevated temperatures, and soil that exhibit low and high pH, salinity, and reduced essential nutrients which can reduce plant establishment, persistence, and biomass production [3-5].

Phytoremediation is the use of plants and soil microbes to reduce the concentrations or toxic effects of contaminants, such as metals, in the environment. It is a relatively recent technology and is perceived as cost-effective, efficient, novel, eco-friendly, and solar driven technology [6]. Phytoextraction is the main and most useful phytoremediation technique for removal of heavy metals from contaminated soils through the uptake of metals from soil or water by plant roots and their translocation to and accumulation in aboveground biomass [6,7]. Grasses are more preferred for phytoextraction than shrubs or trees because of their high growth rate, more adaptability to stress environments, and high biomass [8].

With increased emphasis on utilizing native grasses and the often harsh environments in mine land restoration, there is interest in native cool-season wheatgrasses (WG) and wildryes (WR) due to their ability to establish and persist in these environments [10]. These grasses are generally adapted to conditions ranging from sub-humid to arid climatic conditions in steppe or desert regions. In North America, the WG and WR are most prevalent in the northern Great Plains, as well as on the semiarid to arid rangelands of the Intermountain and Great Basin Regions of the western U.S. [11]. 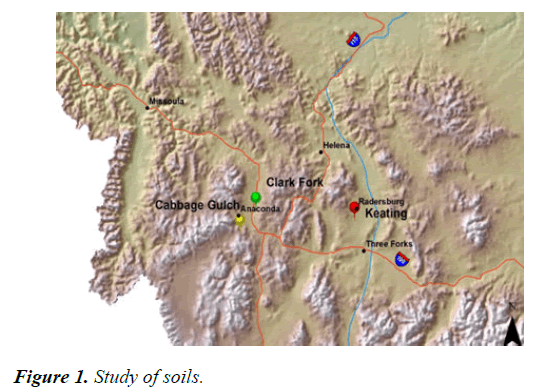 On 30 March 2009, six seeds from the above species and cultivars were hand planted at a depth of 1 cm directly into each container filled with soil from one of the three sites. At the bottom of each container a 10 x 10 cm felt liner was placed over the opening allowing for water movement, but restricting the soil from washing away. Plots consisted of five 3.8 x 21 cm plant containers arranged in a randomized complete block design with four replications for a total of 240 plots.

Plot forage samples were dried at 60°C (to a constant weight) in a forced-air oven and milled using a coffee and spice grinder, which was modified to reduce size of the original 75 g grinding chamber. A quantity of 0.50 was weighed in 50 ml disposable digestion tubes with ultra-low leachable metal content (Digi tubes, SCP Science, USA), except that blue caps were replaced with colorless caps having the same appropriate specifications. Sets of 48 samples were predigested with 9 ml of concentrated nitric acid (68-70%) overnight and then incubated in a heat block (90°C) for a minimum of 1.5 continuous hours. Digested samples were diluted with ultra-pure water to final nitric acid content of 5%, which matches the analytical standards. Each set of forage extractions included one blank sample and one standardized reference (NIST SRM 1547 Peach Leaves). Mineral concentrations in the plant extracts were measured using an inductively coupled plasma (ICP) mass spectrometer (MS). Standard curves and quality control samples were analyzed every five samples. All tissue concentrations are reported on a dry matter basis.

Data were analyzed within and across mine soils using the GLM procedure of SAS with a random statement [14]. The main effects species, cultivars (species), and soil type were treated as fixed effects and replication as a random effect. Main effects and interactions were tested with their first-order interactions with replications as the error terms. Due to a non-significant soil x species interaction in minerals Al, Fe, and Pd these will be described across species while all other minerals will be presented within sites. Mean separations by species were based on species averages in accordance with Fisher's protected least significant difference (LSD) at the P < 0.05 level of probability. 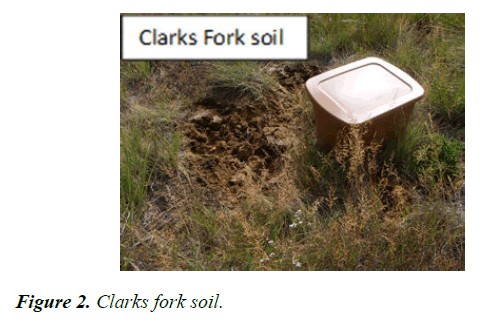 Tissue As, Cd, Cu, Pb, and Zn concentrations were above the normal soil concentraton range reported [15] at 436, 6.0, 2101, 534, 2331, and 1295 mg kg-1, respectively (Table 1). Corresponding species and cultivars within species tissue concentrations for Cd, Pb, and Zn were within the normal range [2,15]. Tissue As concentrations in FirstStike slender WG (7.1 mg kg-1), and Secar (6.0) Snake River WG exceeded the upper normal concentration of 5.0 mg kg-1 for normal plant tissue [15]. With the exception of Continental basin WR, P-7 bluebunch WG, Copperhead slender WG, and Critana thickspike WG all other plant materials exceeded the upper limit of 125 mg Zn kg-1 as the upper limit [15]. However, regardless tissue metal concentration, all species or cultivars within species had BCF values < 1; hence, not good choices for phytoextraction at this site (Table 2). 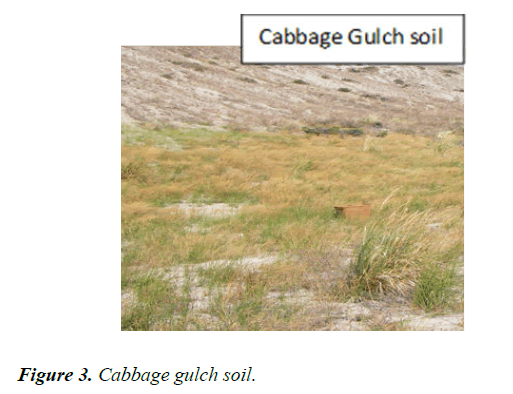 As and Cd levels exceeded the normal levels [15]. Observed As tissue concentrations in P-7 (9.1 mg kg-1), Goldar (6.6), and Anatone (7.6) bluebunch WG exceeded the 5.0 mg kg-1 reported as the upper normal tissue limit [2] (Table 2). Observed tissue Cd concentrations ranged from 1.5 to 6.0 mg kg-1 in Critana thickspike WG and Charleston Peak slender WG, respectively, exceeding the upper normal tissue limit of 1.3 mg Cd kg-1 [15] (Table 2). With the exception of Trailhead basin WR (136 mg Zn kg-1) and Charleston Peak slender WG (128 mg Zn kg-1), all other grasses ranged from 38 to 123 mg Zn kg-1. Only Charleston Peak slender WG had a BCF value > 1 for Cd (Table 2). This rapidly establishing slender WG germplasm should be considered as a possible grass when the objective is to accumulate Cd from the soil.

Accumulation of heavy metals in plants on Keating soil (Figure 4) 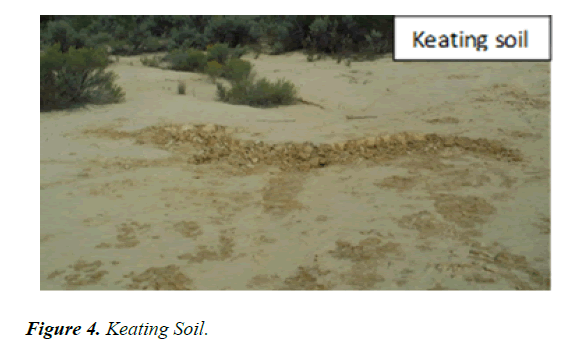 Tissue Cd concentrations exceeded the normal level of 1.3 mg kg-1 [15] in all species and cultivars within species (Table 2) on this soil. Species ranking for Cd levels were Basin WR (4.7 mg kg-1), bluebunch (4.1), slender (3.8), thickspike (2.2), and Snake River WG (2.1). Within each tissue Cd levels ranged from 2.0 to 6.3 mg kg-1 in Secar Snake River WG and Charleston Peak slender WG, respectively (Table 2). Basin WR, blue bunch WG and slender WG species and cultivars within species had BCF > 1 for Cd, suggesting that they may have potential as a phytoextraction species for soil Cd removal in this type of soil (Table 2). Tissue Mn concentrations ranged from 65 to 180 mg kg-1 well within the normal 80 to 1,840 mg kg-1 [15]. However, all basin WR plant materials, FirstStrike slender WG, and Secar Snake River WG had BCF values > 1 for Mn suggesting that they may have some potential as phytoextraction species for Mn.

Across soil types, BCF values of ≤ 1 were observed for Al, Cr, Cu, Fe, Ni, and Pb, suggesting that these grasses are likely not candidates for use in phytoextraction. Tissue As concentrations reached 11 mg kg-1 in basin WR and 3 mg kg-1 in bluebunch WG near Anaconda, MT [16]. Of interest was the low as concentrations in forage grown on the Keating soil, which ranged from 0.0 to 1.4 mg kg-1, yet it possessed a soil as concentration of 128 mg kg-1. The edox potential with soluble Fe [Fe (II)] and alkaline pH were shown to control speciation and solubility of As [17], thus affecting its uptake. The Keating soil contained 38,900 mg Fe kg-1 with a pH of 4.26, which likely contributed to the reduced As uptake by grasses when grown on the Keating soil.

Although Cd is considered to be a nonessential element in plants, it is absorbed by both roots and leaves. In a world-wide review [15], background Cd concentrations in grass forage ranged between 0.03 to 1.3 mg kg-1. In this study, forage Cd concentrations ranged from 0.2 to 6.3 mg kg-1 for Critana thickspike WG and Charleston Peak slender WG germplasm. Charleston Peak slender WG germplasm when grown on Cabbage Gulch and Keating soils had BCF values of 1.3 and 2.6; hence may be considered a possible plant option for use when Cd uptake is the goal [6]. Plant Cd concentrations generally increased when associated with a decrease in soil pH; and conversely, decreased in soils with increased levels of Zn and Cu possibly explaining the increased BCF values observed in Cd uptake when grown on the Keating soil (Table 2) [17]. The pH of Clark Fork soil is 7.64, and possesses 1,394.7 mg Zn kg-1, and 2,100.6 mg Cu kg-1 compared to the Keating soil that has a pH of 4.26, and a Zn and Cu concentration of 487 mg kg-1, and 426 mg kg-1, respectively (Table 2).

The need to identify native plants, particularly WG and WR because of their broad adaptation to ecological sites throughout the western US, that uptake heavy metals is critical for use in phytoextraction [8]. Despite having metal concentrations that exceeded the upper limits of normal plant tissue for As, Cd, and Zn (Table 2) BCF values, an indicator of plants ability to extract metals from the soil, were > 1 only for Cd and Mn and were soil specific. Charleston Peak slender WG appears to have some potential has a Cd accumulator when grown on soils with pH levels of 5.01 and 4.26 compared to a more basic soil observed in the Clark Fork soil (Table 1). Due to BCF values > 1 for Mn uptake, all basin WR plant materials studied, FirstStrike slender and Secar Snake River WG could be possible materials for Mn accumulators in a phytoextraction program. 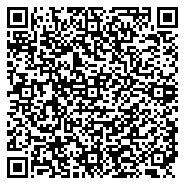