This study was conducted at Department of Zoology, University of Gujrat, Pakistan during 2016- 2017 as a term paper for Master of Philosophy. The data regarding water pollution and human health was obtained and compiled through a thorough review of various published research articles of international reputed journal and relevant books. Water covers about 70% Earth’s surface. Safe drinking water is a basic need for all humans. The WHO reports that 80% diseases are waterborne. Industrialization, discharge of domestic waste, radioactive waste, population growth, excessive use of pesticides, fertilizers and leakage from water tanks are major sources of water pollution. These wastes have negative effects on human health. Different chemicals have different affects depending on their locations and kinds. Bacterial, viral and parasitic diseases like typhoid, cholera, encephalitis, poliomyelitis, hepatitis, skin infection and gastrointestinal are spreading through polluted water. It is recommended to examine the water quality on regular basis to avoid its destructive effects on human health. Domestic and agriculture waste should not be disposed of without treating.

Water pollution occurs when unwanted materials enter in to water, changes the quality of water [1] and harmful to environment and human health [2]. Water is an important natural resource used for drinking and other developmental purposes in our lives [3]. Safe drinking water is necessary for human health all over the world. Being a universal solvent, water is a major source of infection. According to world health organization (WHO) 80% diseases are water borne. Drinking water in various countries does not meet WHO standards [4]. 3.1% deaths occur due to the unhygienic and poor quality of water [5].

Discharge of domestic and industrial effluent wastes, leakage from water tanks, marine dumping, radioactive waste and atmospheric deposition are major causes of water pollution. Heavy metals that disposed off and industrial waste can accumulate in lakes and river, proving harmful to humans and animals. Toxins in industrial waste are the major cause of immune suppression, reproductive failure and acute poisoning. Infectious diseases, like cholera, typhoid fever [6] and other diseases gastroenteritis, diarrhea, vomiting, skin and kidney problem are spreading through polluted water [7]. Human health is affected by the direct damage of plants and animal nutrition. Water pollutants are killing sea weeds, mollusks, marine birds, fishes, crustaceans and other sea organisms that serve as food for human. Insecticides like DDT concentration is increasing along the food chain. These insecticides are harmful for humans [8].

It is reported that 75 to 80% water pollution is caused by the domestic sewage. Waste from the industries like, sugar, textile, electroplating, pesticides, pulp and paper are polluting the water [9]. Polluted river have intolerable smell and contains less flora and fauna. 80% of the world’s population is facing threats to water security [8].

Large amount of domestic sewage is drained in to river and most of the sewage is untreated. Domestic sewage contains toxicants, solid waste, plastic litters and bacterial contaminants and these toxic materials causes water pollution. Different industrial effluent that is drained in to river without treatment is the major cause of water pollution [9]. Hazardous material discharged from the industries is responsible for surface water and ground water contamination. Contaminant depends upon the nature of industries. Toxic metals enter in to water and reduced the quality of water [10]. 25% pollution is caused by the industries and is more harmful [11].

Increasing population is creating many issues but it also plays negative role in polluting the water [10]. Increasing population leads to increase in solid waste generation [12]. Solid and liquid waste is discharged in to rivers. Water is also contaminated by human excreta. In contaminated water, a large number of bacteria are also found which is harmful for human health [11]. Government is incapable to supply essential needs to citizens because of increasing number of population. Sanitation facilities are more in urban areas than rural areas. Polythene bag and plastic waste is a major source of pollution. Waste is thrown away by putting it in to plastic bags [11]. It is estimated that three core people of urban areas defecate in open. 77% people are using flush latrines and 8% are using pit latrines. Urbanization can cause many infectious diseases. Overcrowding, unhygienic conditions, unsafe drinking water are major health issues in urban areas. One quarter of urban population is susceptible to disease [9].

Pesticides are used to kill bacteria, pest and different germs. Chemical containing pesticides are directly polluting the water and affect the quality of water. If pesticides are excess in amount or poorly managed then it would be hazardous for agriculture ecosystem [13,14]. Only 60% fertilizers are used in the soil other chemicals leached in to soils polluting the water, cyanobacteria are rich in polluted water and excess phosphate run off leads to eutrophication. Residues of chemicals mix with river water due to flooding, heavy rainfall, excess irrigation and enter in the food chain. These chemicals are lethal for living organisms and many vegetables and fruits are contaminated with these chemicals [9,15]. Trace amounts of pharmaceutical in water also causes water pollution and it is dangerous to human health [16].

There is a greater association between pollution and health problem. Disease causing microorganisms are known as pathogens and these pathogens are spreading disease directly among humans. Some pathogens are worldwide some are found in well-defined area [9]. Many water borne diseases are spreading man to man [17]. Heavy rainfall and floods are related to extreme weather and creating different diseases for developed and developing countries [18]. 10% of the population depends on food and vegetables that are grown in contaminated water [19]. Many waterborne infectious diseases are linked with fecal pollution of water sources and results in fecal-oral route of infection [20]. Health risk associated with polluted water includes different diseases such as respiratory disease, cancer, diarrheal disease, neurological disorder and cardiovascular disease [21]. Nitrogenous chemicals are responsible for cancer and blue baby syndrome [22]. Mortality rate due to cancer is higher in rural areas than urban areas because urban inhabitants use treated water for drinking while rural people don’t have facility of treated water and use unprocessed water. Poor people are at greater risk of disease due to improper sanitation, hygiene and water supply [12]. Contaminated water has large negative effects in those women who are exposed to chemicals during pregnancy; it leads to the increased rate of low birth weight as a result fetal health is affected [23].

Poor quality water destroys the crop production and infects our food which is hazardous for aquatic life and human life [7]. Pollutants disturb the food chain [17] and heavy metals, especially iron affects the respiratory system of fishes. An iron clog in to fish gills and it is lethal to fishes, when these fishes are eaten by human leads to the major health issue [24]. Metal contaminated water leads to hair loss, liver cirrhosis, renal failure [25] and neural disorder [26].

Untreated drinking water and fecal contamination of water is the major cause of diarrhea. Campylobacter jejuni spread diarrhea 4% to 15% worldwide. Fever, abdominal pain, nausea, headache are major symptoms of diarrhea. Good hygienic practices and use of antibiotics can prevent this disease. Disease cholera is caused by the contaminated water. Vibrio Cholerae is responsible for this disease. This bacterium produces toxins in digestive tracts. The symptoms of this disease are watery diarrhea, nausea, vomiting and watery diarrhea leads to dehydration and renal failure. Anti- microbial treatment is used to get rid of this disease.

Shigellosis is a bacterial disease caused by Shigella bacteria. It affects the digestive tract of humans and damages the intestinal lining. Watery or bloody diarrhea, abdominal cramps, vomiting and nausea are symptoms and it can be cured with antibiotics and good hygienic practice. Salmonellosis infects the intestinal tract. Salmonella bacteria are found in contaminated water and it results in inflammation of intestine and often death occurs. Antibiotics are prescribed for this disease [27].

Hepatitis is a viral disease caused by contaminated water and infects the liver. Jaundice, loss of appetite, fatigue, discomfort and high fever are symptoms of hepatitis. If it persists for a long time it may be fatal and results in death. Vaccine is available for hepatitis and by adopting good hygienic practice; one can get rid of this disease [27]. Encephalitis is inflammatory disease spread by bite of infected mosquitoes. Culex mosquito lays their eggs in contaminated water. Most people don’t show any symptoms but some symptoms are headache, high fever, muscle stiffness, convulsions however in severe cases coma and paralysis results. No vaccine is available for this disease [28].

Poliomyelitis virus is responsible for poliomyelitis. Sore throat, fever, nausea, constipation and diarrhea and sometimes paralysis are symptoms of poliomyelitis. Vaccine is available for this disease [28]. Gastroenteritis is caused by different viruses including rotaviruses, adenoviruses, calciviruses and Norwalk virus. Symptoms of gastroenteritis are vomiting, headache and fever. Symptoms appear 1 to 2 days after infecting. Sickness can be dangerous among infants, young children and disabled person [28].

Cryptosporidiosis is a parasitic disease caused by the cryptosporidium parvum. It is worldwide disease and symptoms are diarrhea, loose or watery bowls, stomach cramps and upset stomach [28]. Cryptosporidium is resistant to disinfection and affects immune system and it is the cause of diarrhoea and vomiting in humans [29]. Galloping amoeba is caused by the Entamoeba histolytica and affects stomach lining. This parasite undergoes cyst and non-cyst form. Infection occurs when cyst found in contaminated water and it is swallowed. Symptoms are fever, chills and watery diarrhea [27]. According to WHO, diarrheal cases are about 4 billion and results in 2.2 million deaths [30]. Giardiasis is caused by Giardia lamblia. Cells of intestinal lining may become injure. Giardia is resistant to wintry temperature and disinfectant. Sometimes it is known as travelers’ disease. People suffering from giardiasis have symptoms bloating, excess gas, watery diarrhea and weight loss [28].

Water pollution is a global issue and world community is facing worst results of polluted water. Major sources of water pollution are discharge of domestic and agriculture wastes, population growth, excessive use of pesticides and fertilizers and urbanization. Bacterial, viral and parasitic diseases are spreading through polluted water and affecting human health. It is recommended that there should be proper waste disposal system and waste should be treated before entering in to river. Educational and awareness programs should be organized to control the pollution. 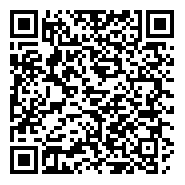