Therapeutic heterogeneity and volatility are still Prominent in health economics.

One of the most difficult aspects of healthcare economics is that it does not adhere to standard economic rules. The thirdparty payer system of insurance companies and employers frequently conceals price and quality. Furthermore, QALY (Quality Adjusted Life Years), one of the most commonly used treatment measurements, is difficult to calculate and is based on subjective criteria.

Kenneth Arrow's seminal 1963 article is widely credited with establishing health economics as a discipline. His theory distinguished between health and other goods conceptually. Extensive government intervention, intractable uncertainty in multiple dimensions, asymmetric information, entry barriers, externality, and the presence of a third-party agent are all factors that distinguish health economics from other fields. In healthcare, the third-party agent is the patient's health insurer, who is financially responsible for the insured patient's healthcare goods and services [2].

Health economists analyse various types of financial data, including costs, charges, and expenditures. Healthcare is fraught with uncertainty, both in terms of patient outcomes and financial concerns. A physician's knowledge gap creates a situation in which the physician has a distinct advantage, which is referred to as asymmetric information. Externalities come up frequently when discussing health and health care, especially when it comes to health impacts like infectious disease or opioid abuse. Avoiding the common cold, for example, has an impact on people other than the decision maker, as does finding long-term, humane, and effective solutions to the opioid epidemic [3].

The development of health economics

Aristotle, an ancient Greek thinker, once discussed the relationship between farmers and doctors in production and exchange in the third century BC. In the 17th century, William Petty, a British classical economist, observed that medical and health expenses incurred by workers would result in economic benefits [4].

Nowadays, modern health economics has evolved into a leading interdisciplinary science that bridges the gap between economic theory and health care practise, with significant diversification in various sub-disciplines and research fields. Few would argue that the academic tradition of the United States was the actual cradle of this knowledge.

The American Medical Association (AMA) was founded in 1848 with the primary goals of scientific advancement, the development of standards for medical education, the launch of a medical ethics programme, and the improvement of public health. However, it wasn't until 1931 that economic concerns were added to the agenda, with the establishment of the AMA Bureau of Medical Economics, which was created to study all economic matters affecting the medical profession [5].

Following the Second World War, medical and health expenses increased significantly due to rapid advancements in medical research technology, modernization of diagnosis and treatment methods, as well as health facilities and equipment, population ageing, an increase in chronic diseases, and an increase in people's demand for health care, among other factors. For instance, total Health expenditures in the United States have steadily increased as a share of GDP, demonstrating society's increased importance of health care in comparison to other non-health goods and services. Health spending as a percentage of GDP increased from 5.0 to 17.4 percent between 1960 and 2013. During the same time period, the average annual growth in nominal national health expenditures was 9.2%, compared to 6.7 percent in nominal GDP growth. 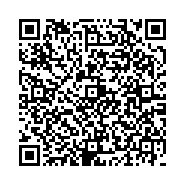