As the typical age of commencement for many psychiatric diseases coincides with the beginning of university, university represents a high risk period for mental health issues. According to a US national study, nearly half of all university-aged students had a psychiatric condition that negatively impacted their ability to perform over the past academic year; similar proportions were, however, recorded for peers of a similar age who did not attend university. Furthermore, it was discovered that 15.6% of US university students fit the criteria for a depressive or anxiety illness. In Turkey, moderately severe depression and moderately severe anxiety were observed in 27% and 47% of students, respectively. Additionally, research suggests that mental health may deteriorate while university: it was discovered that 9% of UK students without a history of mental illness.

Financial issues are one factor that has been repeatedly demonstrated to predict poor mental health in students. Numerous research on students in the UK have revealed a connection between mental health issues and money issues. degree of debt and financial anxiety According to the combined results of a meta-analysis, 41.7 percent of people with mental health disorders report having debt, compared to 17.5 percent of those without debt. In comparison to 8.9% of people who were not in debt, 15.5 percent of those who were having a mental health issue. Debt was also linked statistically significantly to depression, attempted or completed suicide, problem drinking, drug use, neurotic disorders, and psychotic illnesses. The main difficulties with methodology found in studies [1].

Three student-based longitudinal studies are particularly pertinent. observed students over the course of three years and discovered that those who expressed a high level of financial anxiety experienced a larger decline in mental health over time. The recent increase in tuition fees for UK students was investigated by who found little evidence of a major impact, with those paying more having worse mental health at only one out of four time points. using the same data, discovered that students who experienced financial difficulties had an elevated chance of developing eating disorders up to a year later. The probability of an eating disorder also increased the risk of financial troubles three months later, indicating a partially inverse link [2].

The convention was endorsed by the College of North Carolina Board on the Security of Freedoms of Human Subjects, and composed informed assent was acquired. Patients were selected between January 2001 and February 2004. Consideration models incorporated a laid out conclusion of cystic fibrosis, a period of no less than 14 years, and a constrained expiratory volume in one moment (FEV1) of 50% or a greater The quantity of tuition fees and students' mental health are examined in this study using data from a prospective cohort study. Additionally, this same data set has been investigated in relation to the likelihood of eating disorders and financial troubles. In the current study, a longitudinal design was utilised to examine if financial factors affect how undergraduate students' mental health changes over time [3].

The sociological perspective emphasises the environmental or societal background, which is independent of the individual, and sees mental illness as a breakdown brought on by extreme environmental stress. Thoits gives a summary of three popular theories or models, including their fundamental tenets, benefits and drawbacks, and treatment or prevention implications. The stress theory is supported by data showing that a buildup of social stressors can trigger mental health issues. However, because people have many coping mechanisms at their disposal, the link between stress exposure and psychiatric symptoms is not robust. Researchers concentrate on the connection between stress and coping strategies as well as the disparate distribution of stressful life events and coping techniques in the community [4, 5].

In the context of mental health, recovery is the process of altering one's attitudes, values, feelings, objectives, and abilities in order to live a fulfilling life despite the constraints brought on by illness. A community support network established around the rehabilitation model's portrayal of the effects of severe mental illness is incorporated into a mental health service system built on the recovery idea. Each service is evaluated in terms of how well it addresses dysfunction, impairment, disability, and disadvantage. A recovery-based mental health system operates under the presumption that recovery is possible even in the presence of recurrent symptoms, requires outside assistance, and can take place without the involvement of professionals. A system like this also presumes that healing is not a linear process and that it can alter the frequency and length of symptoms.

All of us who care about mental health would prefer clear answers to inquiries like these: How much is mental illness costing the American people? How much would it cost to treat mental illness at the greatest level possible? Can we manage these expenses? To be more specific, which is more affordable: the cost of mental illness in terms of human suffering or the financial cost of offering the finest care possible? Could significantly higher spending be justified both economically and humanitarianly? Naturally, the legislators want to know where the funding is coming from. Rashi Fein, Ph.D., of the University of North Texas Department of Economics. 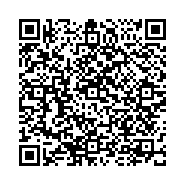