The Need for an Ethnomedical Science: Comparatively speaking, the study of medical systems has significant ramifications for the social and biological sciences.

Citation: Monika Sofia. The need for an ethnomedical science: Comparatively speaking, the study of medical systems has significant ramifications for the social and biological sciences. Biol Med Case Rep. 2022;6(6):129

The field of study known as ethnomedicine encompasses theoretical issues that are pertinent to both social and biological disciplines. The main focus of ethnomedicine is the relationship that exists between illness, social behaviour, and human adaptation. This relationship is looked at in the context of man's distinctive capacity for culture and symbolism. Since ethnomedical generalisations describe how social groups approach a common condition, they can be used to analyse current issues with medical practise and structure as well as issues arising from the interactions between the medical system and other subsystems in the group. This reframe of current social issues may aid in illuminating their causes and origins. Ethnomedicine can also be useful in concentrating on the core characteristics of human disease.

Due to the fact that one specific scientific study occasionally has the potential to be utilised for both good and negative reasons, the dual-use issue occurs in the context of research in the biological and other sciences. It is an ethical conundrum since it involves doing good while having the ability to also do damage, such as encouraging health while giving people the means to kill innocent people. Due to the probable behaviour of others, such as malicious non-researchers who might steal harmful biological agents or use the original researcher's work, the researcher faces an ethical conundrum. And it presents a problem for governments that are worried about security [1].

One and the same piece of scientific research occasionally has the potential to be utilised for both benefit and damage, which leads to the so-called "dual-use dilemma" in the context of research in the biological and other sciences. Take recent studies on the mousepox virus as an example of this type of conundrum [26]. On the one hand, the study of the mousepox virus should have continued since it might have resulted in a genetically designed sterility therapy that could have helped Australia fight off mouse plagues on a regular basis [2].

Following the US attacks of September 11, 2001, bioterrorism is now commonly seen as a serious threat, particularly to populations in western nations. Given the accessibility of the resources and technical know-how required to generate the pertinent biological agents as well as the viability of weaponization, it is additionally believed that it poses a bigger threat from non-state terrorist groups than, say, nuclear WMDs. This is not to argue that potential bioterrorists are not faced with challenges, such as the risks involved in handling germs. However, it does indicate that the threat posed by bioterrorism is not negligible and is more likely to grow than diminish [3].

A few human, plant, and animal infections are easily accessible in nature, and bioterrorists with limited microbiological expertise could use these to their advantage. A self-referential check and balance is maintained by many complicated systems. Such self-reflective monitoring and regulation activities in animals have been categorised as metacognition. We examine current and quickly advancing findings from the fields of neuroscience, cognitive psychology, computer science, and philosophy of mind in this introduction to a theme issue on metacognition. While each of these topics is covered in depth in its own contribution to the volume, we use this chance to make connections across the different academic fields and point out areas that require more integration. We discuss the neurobiology, definition, measurement, potential uses, and relationship between metacognition and consciousness, in addition to its definition and measurement. We suggest a framework in which the conceptual aspects of level of representation, order of behaviour, and access consciousness are orthogonal [4] [5].

A self-referential check and balance is maintained by many complicated systems. Voters may be surveyed regarding the political system itself in a democracy, such as when a referendum is held on the voting process, in addition to which candidate should be elected to office. This discussion may, in fact, cause the political system to alter itself, which is an example of "metapolitics." A idea that abstracts from another concept is denoted by the prefix "meta," which comes from the Greek for "beyond" or "with." This concept is sometimes (but not always) self-referential in nature. A person can also consider, make judgments about, and report on a range of mental states. Thus, such mental events are grouped together under the umbrella name of metacognition, or cognition about knowledge. While cognitive science has started to describe the functions of.

The articles in this issue start off by addressing these issues at various levels of analysis, ranging from single-neuron recordings to social psychology. In addition to providing a "broad picture" of how various theoretical frameworks and empirical discoveries within the metacognition literature could relate to one another, we hope that this cross section will encourage future interdisciplinary collaboration. This research endeavour can influence (and be directed by) parallel advancements in philosophy of mind to the extent that an account of the neurological foundation of metacognition informs an understanding of the representational structure of mind in humans and other animals. 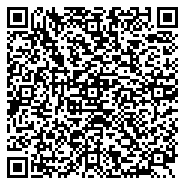