Sleep and psychological disturbances due to changes in harmones

The human body has a circadian rhythm according to the repetitive daily biological cycle. This is essential for survival, but the quality of life can depends on its change. It can also be called a biological regulation factor, and it is now known that the biological clock is used for physiological functions (e.g. body temperature, hormone synthesis and sleep-arousal cycle) and psychological functions (e.g. cognitive functions and memory power). A biological rhythm, which is a diurnal 24 h cycle, shows a difference in behavior and vital functions, depending on the day-night change.

The human body has a circadian rhythm according to the repetitive daily biological cycle. This is essential for survival, but the quality of life can depends on its change. It can also be called a biological regulation factor, and it is now known that the biological clock is used for physiological functions (e.g. body temperature, hormone synthesis and sleep-arousal cycle) and psychological functions (e.g. cognitive functions and memory power). A biological rhythm, which is a diurnal 24 h cycle, shows a difference in behavior and vital functions, depending on the day-night change.

However, it has been suggested that there are other types of regulation factors because circadian rhythms are maintained in the light-free space or by the blind. In order to support such research, there have been studies on how changes in circadian rhythms caused by changes in life patterns (e.g. age, lifestyle, working style, etc.) affect the physical and psychological responses.

Adolescence is a transition period to adulthood, accompanied by emotional, cognitive, and physical instability. These changes can have both good and bad effects on egoformation. Adolescence are most appropriately expressed as ‘a period of storm and stress’ because this period is followed by a series of confusion and tension. In this transitional period, adolescents who lack social knowledge and experience are more vulnerable to stress than adults. If they do not resolve conflicts and confusion, they will experience mental illness such as depression, bipolar disorder and sleep disturbance. In addition, unlike other countries, Korean adolescents may be stressed not only by the developmental changes experienced during this period but also by the burden of excessive academic work due to the competition for university entrance. However, high school students, who spend most of their lives at school, may not be able to grasp their own problems under uniform guidance.

Adolescent depression is important because of their severe masked depression. Masked depression refers to a form of depression hidden under the wearing mask, and it does not reveal the typical symptoms of depression even though depression is developing. The depressive symptoms of adolescents are different from the direct depressive symptoms of adults. That is, adolescents suddenly get angry and irritated or continuously show their sad feelings. They also show truancy, lower school performance, increased sleep, and difficulties in relationships with peers. Therefore, not only adolescents but also people around them are unaware of depression in many cases. If these symptoms persist, appetite loss, anxiety disorders, sleep disturbances and psychosomatic disorders may also occur. Such overlooked adolescent depression can lead to major depressive illness in adulthood and cause serious problems. According to the data released by the Ministry of Health and Welfare in 2009, the prevalence of depression in adolescents increased from 29.9% in 2005 to 41.3% in 2007. The rapid increase in the prevalence of adolescent depression caused by the following reasons: sudden physical changes with adolescence growth, as well as academic stress, uncertainty about their future, and school life where all the focus is on the college entrance examination. According to the survey on academic stress, it increased from 57.1% in 1998 to 67% in 2006.

Sleep an essential survival method for preserving the homeostasis and energy of the human body since it allows people to relieve daytime fatigue and rest at night. These sleeparousal factors are associated with circadian rhythms.

Moreover, adolescence has the highest amount of melatonin secretion at night in their lifetimes. In addition to the social and school problems, sleep disturbances due to hormonal imbalance can become more severe when their academic work makes them cyclically sleep late and get up early in the morning. In particular, sleep begins in 1-2 h after melatonin secretion and ends in 1-2 h before stopping the secretion. Thus, the theoretical rationale for identifying melatonin's circadian rhythm to help the treatment of sleep disturbances is formed.

In addition, stress and external stimuli cause hypothalamuspituitary- adrenal axis (HPA axis) abnormalities which affect the secretion of cortisol. This has to do with the development of depressive disorders. The normal in-body response is to activate the autonomic nervous system (ANS) and the endocrinologic functions through the hypothalamus by delivering stress stimuli to the reticular activating system and the thalamus. As a result, cortisol is secreted.

Although the recommended adolescent sleep time is 8 h, the average weekly sleeping time of Korean high school students is 5.4 h, which is less than 7-8 h in the US, 7.5 h in China and 6-7 h in Japan. Thus, many students suffer from chronic sleep deprivation. If such sleep deprivation persists, it causes physical imbalance, adolescent developmental disorders, and mood and emotional problems which lead to depressed mode. If such problem is not resolved and continues this problem continues in a vicious cycle, a treatment such as medication is required.

Therefore, it is important to identify problems related to current adolescents and to change the variable factors if possible. First, it is necessary to study the psychology, body and sleep quality of high school students and to identify the relationship between psychology used as a biological indicator and hormones related to sleep. In this study, we aim at investigating the psychological and sleep states of Korean high school students and at measuring melatonin (a sleeping hormone) and cortisol (a stress hormone) to determine whether changes in hormone concentrations are related to sleep and psychological states. Furthermore, to understand their mental health problems, we intend to present the base data useful for developing measures to improve their mental health and physical health in the future. 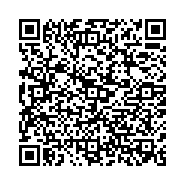