Self-inflicted enucleation, also known as Auto-Enucleation (AE) or Oedipism, is an uncommon and severe form of ocular injury which presents as an ophthalmic and psychiatric emergency. Usually known to occur with untreated psychosis, our recent case report demonstrated AE as a result of a subsequently diagnosed drug induced psychosis. We reported the clinical presentation, management and for the first time a detailed speculative account about the mechanism of AE, based on our clinicopathologic findings. Below we summarise the important aspects of the case as well as reflect on the psychodynamic theories that exist to explain it.

Self-inflicted eye injuries including Auto-Enucleation (AE) and other forms of ocular mutilation, whilst uncommon are an important form of self-mutilation often postulated as a symbolic form of castration [1,2]. There are many references to self-enucleation dating back to ancient times in mythological literature where it is an act almost always associated with psychosis. In mythology there are many references to the eye as a symbol of protection from evil as well as a representation of evil and malicious thoughts. The Eye of Horus is an ancient Egyptian symbol of royal power and protection from deities. The legend describes the eyes of Horus cast out in battle only to be returned to him and as a result he became stronger and more able to resist evil forces [3]. More relevant to our case, is the story of Oedipus who killed his father and married his mother unaware of their identities and subsequently endured a period of pestilence. Oedipus consulted an oracle who informed him that the murder and incest committed was the cause of his pestilence. In horror Oedipus gouged his own eyes out using his mother’s broach. Oedipism is the term coined from Freud’s Oedipus complex also used to describe this form of self-mutilation [2-4].

Auto-enucleation is by far the most dramatic of self-inflicted eye injuries. There are several case reports of AE which have been found to be invariably associated with psychotic illness, particularly never-treated schizophrenia [5,6]. Our case describes a 53-year-old Afro-Caribbean male with no previous history of psychiatric illness. He was previously arraigned and police officers reported him to have “thrown his eye out of his cell”. Due to lack of co-operation with examination, he underwent examination under anaesthetic where several injuries to both eyes were noted. The right eye was completely enucleated with residual torn inferior conjunctiva and partial peritomy along the inferotemporal quadrant. The right socket was repaired without placement of an orbital implant whilst the residual conjunctiva and tenons still within the socket was closed with interrupted 6/0 polyglactin sutures. The left eye also showed signs of attempted enucleation with torn inferior conjunctiva, partial peritomy along the inferotemporal quadrant and exposed tenons with loss of conjunctival tissue. The most striking feature during the procedure was the complete absence of bleeding and therefore the eye was sent for ophthalmic pathology assessment [7].

A key aspect of this case which has never been reported was the mechanism of AE. Detailed histological assessment of the patients enucleated eye gave profound clues to this mechanism which took place without the use of additional instrumentation. By histopathological assessment of the eye, we deduced that the patient gained access with his thumb and index finger via a partial peritomy which subsequently led to a circumferential sweeping action and tearing of the extraocular muscles and complete avulsion of the optic nerve [7].

The other major aspect of this case was the involvement of the mental health team as at the time of the enucleation, the patient was reportedly suffering from persecutory delusions triggered by the influence of illicit drug use. He was admitted and sectioned under the Mental Health Act with prompt initiation of anti-psychotic medications. Surprisingly he gave no previous history of psychiatric illness or episodes of self-harm. In the review of case reports by Large et al. in 2008 they noted that self-inflicted eye injuries were more likely to occur prior to initiation of any psychiatric treatment which was the case in our example. The review also indicates the risk of major selfmutilation which includes AE, is greater in those with a history of psychosis and particularly first episode psychosis [5]. In our case the patient described feeling so distressed by the delusional belief and fear of being harmed by others when he was in the police cell that he felt that he would rather kill himself by bleeding to death than be killed by those out to harm him.

Auto-enucleation is clearly less common than other selfharming behaviours and information remains limited on selfenucleation in psychiatric disorders. There are numerous psychodynamic theories that exist which explain self-inflicted eye injuries as a form of self-mutilation including association with religious and sexual ideation. It has been reported that almost half of all cases of self-inflicted eye injury have psychotic preoccupation with sinfulness and higher deities. As the eye is often viewed as a symbol of the physical and spiritual world, there is displacement of these preoccupations towards the eye. If the psychoses are not controlled this can lead to the eye, the organ which has provoked the impulses, becoming the focus of injury by the patient in order to serve as a defence against either observing or performing a forbidden act. With regards to sexual ideation, there are reports that a third of cases may be implicated with some theories suggesting the eye as a symbol of genitalia and injury may represent a form of symbolic self-castration [8].

There are many psychiatric conditions associated with AE including schizophrenia, obsessive compulsive disorder, posttraumatic stress disorder and drug or alcohol induced acute psychosis. In particular substance misuse often occurs in conjunction with schizophrenia. The organic basis of these lies in environmental and genetic triggers as well as imbalances of neurotransmitters in particular serotonergic function.

Overall, AE as an entity is rare and most ophthalmologists will never encounter such a case over their entire career. As an ophthalmologist it is important to consider potential underlying biological and psychiatric causes which often take us out of our comfort zones further reinforcing the need for multidisciplinary management of these cases.

None of the authors has any competing interests, financial or otherwise. 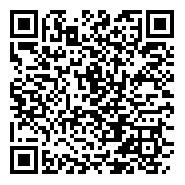