The role of Tumor Necrosis Factor alpha, Malondialdehyde and serum Iron in inducing anemia in Tuberculosis patients was studied. The present study was conducted in the De-partment of Biochemistry, Shri Aurobindo Institute of Medical Sciences, Indore. The study comprised of sixty-eight anemic pulmonary tuberculosis patients. Levels of Hemoglobin, Iron, TIBC, Ferritin, MDA & TNF α were analyzed in all of them. The inflammatory pa-rameters TNF α & Ferritin along with oxidative marker malondialdehyde were found to be increased in anemic tuberculosis patient and levels of Hb, iron & TIBC was decreased. Overall correlation shows that the levels of Hb, Iron & TIBC were negatively correlated to the levels of Ferritin, MDA & TNF α. Ferritin was negatively correlated with Iron (r = -0.261, p<0.05) & showed a positive correlation with MDA. (r = 0.304, p < 0.05). For Ferritin & TNF α correlation was positive, it was not significant (r = 0.114, NS).There was a positive significant correlation between Iron & TIBC. (r = 0.666, p<0.01) & a negative significant correlation between the TNF α levels and the hemoglobin concentration (r = -.273, p<0.05). Hypoferremia was induced as a consequence of inflammatory response and action of free radicals in anemic tuberculosis patients

Active tuberculosis infection is generally associated with major abnormalities in heamopoiesis [1]. Anemia is a common complication of pulmonary tuberculosis, the reported prevalence ranging from 16 to 76% in different studies [2]. The precise mechanism of anemia in pulmo-nary tuberculosis patients (PTB) is not clearly known however, anemias due to inflammation & iron deficiency have been implicated [3,4]. The pathogenesis of anemia of chronic inflammation may evolve due to cytokine-mediated defense against microbial pathogens, effectively withholding iron from microbes, which incidentally also deprive erythroid precursors of their iron supply [5,6,7]. The development of hypoferremia thus results in the de-velopment of iron-restricted erythropoiesis and anemia. Cytokine also induced alterations in cellular iron homeo-stasis are mediated in part by the increased production of nitric oxide (NO) and reactive oxygen species (ROS) [8].

The present study was taken to find out the role of Tumor Necrosis Factor alpha, Malondialdehyde & serum Iron in inducing Anemia in Tuberculosis Patients.

Present study was conducted in the Department of Bio-chemistry, Shri Aurobindo Institute of Medical sciences, Indore. Sixty-eight patients of anemic pulmonary tubercu-losis were selected. The patients of pulmonary tuberculo-sis were taken from Shri Aurobindo Institute of Medical Sciences and Manorama Raje Tuberculosis Hospital, In-dore. Pulmonary tuberculosis patient falling in DOTS category CAT I & aged between 18-55 yrs & hemoglobin (Hb) less than <13 g/dL for Men & HB <12 g/dL for non-pregnant Women was included. Tuberculosis patient with other disease or disorder and patients with incomplete data records and moderate to severe injury or surgery dur-ing the previous month were excluded. Those patients who have taken antibiotics for cough like Amoxicillin, Septran, Ciprofloxacilln etc were included but those pa-tients with history of prior anti-TB treatment were not included. Patient with extra pulmonary involvement, blood donors, subjects with history of smoking and who had taken iron supplementation were excluded. The study was approved by the Institutional & Human Ethical Committee of the Sri Aurobindo Institute of Medical sci-ences, Indore. Informed consent was taken from each sub-ject and then they were enrolled in the study.

5ml of fasting venous blood samples were drawn from subjects, each sample was divided into two parts: the first part was collected in EDTA while the second sample was collected in a plain tube and left to clot. Serum was ob-tained after centrifuge. The serum samples were aliquoted and stored according to the instructions in the kits, until the various assays described below were performed

Correlations were calculated by Pearson’s correlation co-efficients (two-tailed) using SPSS Version 10. P value ≤ 0.05 was used as a threshold of significance. 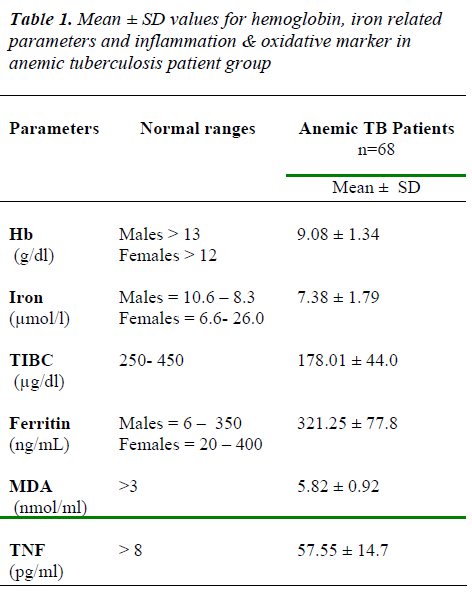 Table 2. Pearson’s Correlations between the Variables

Anemia is one of the abnormalities found in TB Patients due to poor nutritional causes and increased in cytokines level 1. Therefore, both anemia of inflammation as well as iron deficiency anemia may coexist in pulmonary tuber-culosis. Our findings were consistent with the previous reports that there was decrease in Hb, Iron & TIBC levels and increased levels of ferrtin, TNF α & MDA in tubercu-losis patients [10,11,12,13,14,15].

Hypoferremia in disease associated anemia appears to be the result of a complex network of cytokines, immune cells, and acute-phase proteins [16]. TIBC values are usu-ally high in iron-deficiency anemia and low in anemia of inflammation [17,18]. The low TIBC concentrations seen in our present patients might have been the result of an acute-phase response. Ferritin concentration in blood is considered a specific indicator of body iron stores [19], however, the concentrations can rise following an in-flammatory response, irrespective of iron status [20,21,23,].

Recombinant TNF α and recombinant interleukin 1 (IL-1) cause a significant decrease in serum iron levels accom-panied by an increase in circulating ferritin concentration and a decrease in soluble transferrin receptor levels [25,26]. Increased levels of TNF α , ferritin & decreased iron levels in present study & their correlation with each other was in accordance with the finding that tumour ne-crosis factor alpha induce hypoferraemia and ferritin pro-duction [16]. Similar findings was stated by Bayes et al [11] for C-reactive protein (CRP), iron & ferritin.

The increased levels of TNF α & MDA & decreased lev-els of Hb, Iron, TIBC reveals that the MDA along with TNF α was involve in redistribution of iron. These find-ings are in concordance with the literature [26]. Cytokines affect iron homeostasis in monocytes by inducing the formation of short-lived radicals such as nitric oxide (NO) and reactive oxygen species (ROS) which affect the post-transcriptional regulation of iron homeostasis via iron regulatory proteins (IRPs) [27,28].

In anemic tuberculosis patients disturbances in iron ho-meostasis may be one of the cause to the shift of iron from a transferrin- bound available state to a ferritin-incorporated storage state. These changes are the compo-nents of a systemic inflammatory response and action of free radical, which may be one of the major factors in the pathogenesis of anemia.