Department of Biosciences, College of Life and Environmental Sciences, University of Birmingham, UK

Recombinant DNA refers to DNA molecules from two different species that are put into a host organism to create new genetic combinations useful in science, medicine, agriculture, and industry. Because the gene is at the centre of all genetics, laboratory geneticists' primary purpose is to extract, define, and modify genes. Although isolating a sample of DNA from a group of cells is very simple, locating a specific gene within this DNA sample is comparable to finding a needle in a haystack. Consider the fact that each human cell has about 2 metres (6 feet) of DNA. As a result, even a little tissue sample can contain thousands of kilometres of DNA. Recombinant DNA technology, on the other hand, has made it possible to isolate a single gene or other segment of DNA, allowing researchers to determine its nucleotide sequence, study its transcripts, mutate it in highly specific ways, and then reintroduce the modified sequence into a living organism. Continuous use of traditional breeding methods in a given species may reduce the gene pool from which cultivars are derived, making crops more susceptible to biotic and abiotic challenges and impeding future advancement. Several strategies for integrating exotic variation into elite germplasm without causing unwanted effects have been devised.

Plant breeding can be seen of as a form of coevolution between people and edible plants. Changes in the plants utilised for agriculture were caused by people, and these new plant types allowed for changes in human populations. Plants that produced more abundant harvests freed up part of the people's time to pursue art, handcrafting, and science, which finally led to modern human life as we know it. Civilization would be impossible to continue without agriculture, and agriculture would be impossible to support without contemporary crop types. It is apparent from this perspective that plant breeding is one of the most important foundations of civilisation. Agriculture employs only a small percentage of the population in industrialised countries. For the most part, individuals rely on an unspoken social agreement that someone will give food in exchange for some kind of service or gift. This agreement is so fundamental to modern living that most people take it for granted that food will always be accessible at the nearby store. Agriculture failure, on the other hand, might jeopardise the deal, putting people in danger of starvation. As a result, safeguarding agriculture entails ensuring the cornerstone pact of contemporary society. Manipulating a single trait, disregarding all others, is unlikely to result in a useful variety. Selecting for one trait will change correlated traits, sometimes in the desired direction, other times in an unfavorable way.

Selection can lead to unanticipated changes that are assumed to pose no risk to consumers or the environment. The methods presented in this paper can be considered a reference against which transgenic plants are compared with regard to their food safety. The most primitive form of plant breeding was the selection of naturally occurring variants in the wild and, later, in cultivated fields. Today, almost all plant breeding programs involve some use of hybridization [2,3].

Landraces are populations of plants that have been cultivated for many generations in a certain region. They are dynamic genetic entities, continuously changing as a consequence of intentional and unintentional selection. Landraces can still derive from modern cultivars, if certified seed production is discontinued and seeds are planted recurrently. Landraces are the most valuable genetic resources for long-term plant breeding programs. Seed banks around the world keep thousands of samples of landraces under "ex situ" conservation. New systems of germplasm conservation have been built on social networks connecting people interested in the subject. In self-pollinating species, such as rice and wheat, landraces can be thought of as a mixture of pure lines, including some heterozygous individuals derived from a low frequency of cross-pollination. Mass selection and recombination of the top-performing portion of the population result in a gradual increase in the frequency of favorable alleles. The true creative power of plant breeding resides in promoting recombination for shuffling favorable alleles [4]. One could conceivably start a commercial breeding program from a dozen well-adapted founding parents. The limit of this escalation is the financial viability of returns in the seed market and associated business. Breeding is a strategy to improve the capacity of the pedigree method to promote gains for quantitative traits, especially yield. It is based on the hypothesis that one can improve complex traits by changing simpler traits that are positively correlated with them. Using landraces as parents in breeding programs normally results in marked reduction in yield [5].

It can be concluded that neither process- nor product-oriented triggers are superior for addressing challenges posed by nGMs. The specific trigger definitions and their implementation are more important when defining the range of covered products. With the advent of nGMs coherent regulation of novel biotechnology products becomes even more challenging. The decision as to whether certain nGM applications should fall under the respective biosafety frameworks is critical for the scope and quality of risk assessment which is provided for these applications. Non-registered and undescribed products developed by certain nGMs can be difficult to detect and keep track of. This will result in a serious challenge for international trade between such countries. A public international registry which includes all biotech products that are placed on the market is essential. 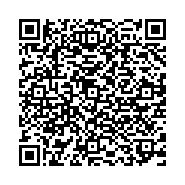