Founder and Director of Dementia Alliance for Culture and Ethnicity, UK

London, the UK capital is home to 58% of all those who identified themselves as African-Caribbean in the UK 2011 National Census. Demographically due to the age profile, the UK African-Caribbean population has the highest proportion of older people than any other Black populations in the Census categories as result of the history of the migration of African-Caribbean peoples into the UK. This saw a significant increase in migration of working age adults in the period from 1940 to 1960, encouraged by the UK government in World War II and the post war UK economic policy. Many of these expected to return to the Caribbean on retirement. At that time, the average life span in the Caribbean was 51.5 years . Subsequently the increasing life expectancy has risen to 74 in the Caribbean and 81 in the UK today. People have put down family roots in the UK and also the poor experience of many pensioner retirees and concerns about the limitations of older peoples services in the Caribbean have led to a high proportion of the African- Caribbean community spending their last years in the UK.

However, the UK African- Caribbean community has a proportionally higher rate of dementia than the White UK majority and a higher proportion of people under 65 developing young onset dementia. A number of researchers have speculated that this may be due to the increased risk factors of diabetes and high blood pressure in the African- Caribbean community creating a higher risk of stroke related vascular dementia , but supporting research for this hypothesis is limited and it would be more accurate to say the causal factors are unknown.

There are strong cultural factors within the African-Caribbean community, combined with the social historical experience of racism that can create a complex dynamic of resistance to seeking diagnosis and treatment for dementia, particularly for men. Denial of problems and a refusal to seek help or diagnosis can often lead to a major crisis before there is any engagement with professional support services and frustrate efforts to develop ongoing support links with services. This can be further complicated by clinicians who assume that in minority ethnic communities ‘ families look after their own’ when family carriers may be overwhelmed by other competing caring obligations, have no understanding of the complexity of the care needs of the person living with dementia and little appreciation of how long they may be living with the illness . Culture Dementia UK and the Dementia Alliance for Culture and Ethnicity, both voluntary organizations, have been working on dementia awareness raising and providing support for the African- Caribbean community in London for several years. Some of the consistent themes that we find emerging from the community awareness work are:

• The common belief that African-Caribbean people do not get dementia or if they do, they must be in some way at fault

• The concern about being ‘left out’ of community life

We have developed information and resources for working with these communities available at https://www.culturedementiauk.org/ and https://www.demace.com/We feel it is important to have a sensitivity to the African-Caribbean cultural narrative of independence and resilience when encouraging help-seeking in dementia and encouraging people to look for support’ Is also important to recognize that while stigma plays an significant role in reducing help-seeking behavior it is only a component of a more complex dynamic interplay of factors that includes cultural stereotyping by professional staff.

The approach we have taken to raising awareness has involved a variety of methods intended to create a wider community dialogue about dementia, ensuring the community is more informed about dementia where conversations about the illness are normalized rather than treated as a taboo subject. In doing this we feel it important to talk to the whole community, not only older people and carriers, as dementia has an impact on the whole family and its social circle.

This approach has included: 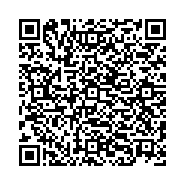