Alterations in host behavior can be induced by a variety of infectious agents that can affect the central nervous system (CNS). Although various direct and indirect mechanisms have been proposed to explain how microbes cause these effects, the reason(s) are largely unknown. Both molecular mechanisms and adaptive changes of the pathogens in the host have been proposed [1].

Rabies virus (Lyssavirus) is an important example of an infectious agent present worldwide that produces almost 100% mortality in infected mammals including humans. This lethal zoonotic neurotropic virus infection not only has far reaching public health significance but also impacts the health and wellbeing of companion animals, livestock and wildlife. The World Health Organization (WHO) estimates that approximately 10 million people worldwide require medical treatment for rabies each year after being exposed to an animal suspected of having rabies, and more than 50,000 infected people die annually [1-3]. Rabies virus endemics and episodic epidemics persist as evidenced by the recent rabies outbreak from infected jackals (Canis aureus) in Jordan and Syria, which crossed into neighboring Israel. In 2017, there were 49 rabies events involving 42 locations in north eastern Israel: 28 jackals, ten beef cattle, one dairy cow, one sheep, seven dogs, and one person [4].

Despite the fatality of rabies virus infection, the pathological changes in the brain of the deceased are surprisingly mild given the drastic behavioral changes it causes [1]. The paper cited here describes novel findings concerning a region of the rabies virus glycoprotein that has strong homology with snake toxins and inhibits neurotransmitter receptors in the CNS [1]. This research breakthrough demonstrated that the ectodomain of the rabies virus glycoprotein is released from the surface of infected cells at the presumed site of activity, the synaptic cleft. It apparently elicits this effect through inhibition of CNS nicotinic acetylcholine receptors (nAChRs). The rabies virus glycoprotein binds to the orthostatic binding site on muscle nAChRs and selectively binds neuronal cells. Thus, disruption of nAChR function in the CNS could play an important role in rabies pathogenesis including modification of infected host behavior [1]. This finding provides a novel aspect to virus receptor interaction and host manipulation by pathogens in general. Their results provide a mechanistic explanation for the behavioral changes in hosts infected by rabies virus [1].

Finally, the logical way to eradicate rabies infection from the world reservoirs of this virus is to remove infected animals, educate the population of underserved countries and rural communities, avoid exposures to potentially infected animals, and vaccinate the humans and animals in endemic areas and during episodic outbreaks. While these noble goals should be attained, economic and political barriers remain.

Further, while inactivated adjuvanted vaccines are available worldwide to protect against rabies, these vaccines account for 85% of the documented post-vaccination reactions, mainly because of the acute and lingering adverse responses induced by the adjuvants, especially when most contain thimerosal (mercury) as a preservative [2,3]. 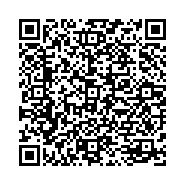