Background: Common tumor metastasis sites for intrahepatic cholangiocarcinoma (ICC) include regional lymph nodes as well as liver metastasis as an indication of tumor recurrence. The main route for the spread of tumor cells is generally via lymph vessels. This lymphatic pathway could be responsible for a rapid spread of the disease and the high lethality associated with ICC. Here we present a case report of the first described prostatic metastasis from primary ICC. Case Presentation: A 77-year-old patient with a history of ICC who received mesohepatectomy (MH) with positive resection margins (R1) after initial surgery for a centrally located liver tumor presented to a tertiary hospital due to intermittent episodes of gross hematuria and obstructive micturition.During transurethral resection of the prostate (TUR-P) a large suspicious mass involving the left prostate lobe of prostate occurred. The histopathology report revealed a carcinoma showing the same histopathological and immunophenotypical features as the primary hepatic tumor. The patient develops an early tumor recurrence with metastases to the prostate, local lymph nodes and the liver after the primary surgical resection. He is now going to receive systemic chemotherapy as well as stereotactic radiofrequency ablation (SRFA) of liver for the liver metastases. Conclusion: This case report represents to our knowledge the first case of prostate metastasis from primary ICC.

A 77-year-old patient with a history of an intrahepatic cholangiocarcinoma (ICC), who has been treated with MH, cholecystectomy and right adrenalectomy (ADR) for centrally located liver tumor with initial classification of malignant tumours (TNM): pT1, pNx, L0, V0, G2 with positive resection margins (R1) in June 2016, 9 months before the current evaluation was admitted to a tertiary referral clinic due to intermittent episodes of gross hematuria and lower urinary tract symptoms (LUTS), in particular an obstructive micturition. Presurgical staging with a magnetic resonance imaging (MRI) of the abdomen and bone scintigraphy (BS) has revealed no distant metastasis except an enlarged right adrenal gland with a diameter 3328 mm.

On evaluation, the patient reported frequent urination with weak urinary stream and transient episodes of hematuria with blood clots from the bladder. The tumor marker prostatespecific antigen (PSA) was in normal range 1.47 ng/dl also the other tumor markers CEA 3.91 μg/l and CA 19-9, 9.7 U/ml were in normal level. The prostate volume on a transrectal ultrasonography (TRUS) measured 30 ml.

The patient’s medical history included-besides the MH with segmental resection (4a, 4b, 5 and 8) with ADR∙®coronary bypass surgery, Non-ST-segment elevation myocardial infarction, carotid endaterterectomy, recanalization of the orifice and proximal coronary bypass, percutaneous coronary intervention with stent placement into the left anterior descending coronary artery, as well as bilateral hip replacement and myasthenia gravis.

Because of the LUTS, the patient was scheduled for transurethral resection of the prostate (TUR-P).

Due to the gross hematuria, a cystoscopy was performed during the TUR-P and revealed no bladder tumor except enlarged varicose veins on the inner surface of the prostate. During TUR-P a large suspicious mass involving the left prostate lobe of prostate was detected and subsequently resected.

The appearance was those of an previously detected pathology ICC from the initial hepatic surgery with classification of malignant tumours (TNM) staging pT1, pNx, L0, V0, G2 with positive resection margins (R1).

The microscopic examination of the liver specimen showed tissue with tight gland complexes with partly distinctive tubular tumor formation and irregular bounded atypical glands. The tumor cells showed enlarged ovular nuclei in some cases even with multiple prominent nucleoli. The cytoplasm was moderately wide und relatively clear. The cell boundaries were blurry. Immunohistochemical results of the tissue revealed tumor cells which were strongly positive for CK 7 and weakly positive for CA 19-9. The tissue markers for example for AFP, synaptophysin, Hep Par 1 antibody OCH1E5 and arginase were negative. Further test of the hepatic tissue was carried out. The majority of cells showed strong expressions for CK 19 and GATA 3, partly weakly positive reaction for androgen receptor (AR) and negative reaction for AMACR, PSA, synaptophysin and TTF1.

The microscopic examination of the prostate tissue samples showed perineural tumor propagation and lymphangiosis carcinomatosis. The tumor cells were medium-sized with round to oval regular nuclei and partly prominent nucleoli. The cytoplasm was moderately wide and stained with eosin. The tumor cell as well as the tumor tissue from the liver showed a strong positivity for CK 7, CK 19, GATA 3 and for AR, just a few tumor cells were also positive for CA 19-9. Furthermore large parts of the tumor also showed positivity for CK-20 and negativity for PSA, AMACR, synaptophysin and TTF1. The Ki-proliferation rate was considerable high with 75%.

The differential diagnosis included a primary tumor arising from the prostate or adenocarcinoma of the urinary bladder. In conclusion the histological examination of the resected prostate and primary hepatic tissue proved the diagnosis of primary prostatic metastasis from ICC (Figures 1A and 1B).

Figure 1: A) Histological aspect of tumor with tight gland complexes with partly distinctive tubular tumor formation. B) Immunhistological positivity for CK 7 and weakly positive for CA 19-9.

MRI of the pelvis and abdomen 3 and 6 months after the TUR-P revealed lymphadenopathy within the hepatoduodenal ligament, para-aortic (Figure 2A) and pelvic area with maximum diameter of 16 mm (Figure 2B) and one small new suspicions hepatic lesion of 15 mm diameter in segment 5 (Figure 2C). The MRI scan also showed an unclear bone lesion of the 5th vertebra of the lumbar spine (Figure 2D). Fortunately the BS did not confirm the bone lesion (Figure 2E). 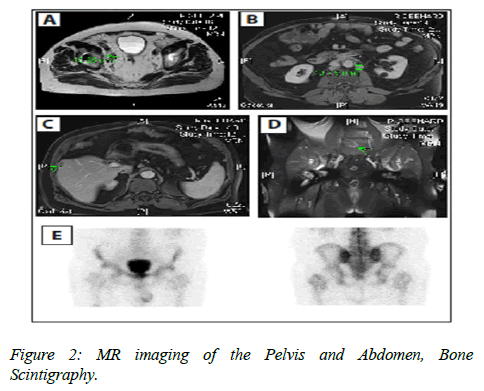 Figure 2: MR imaging of the Pelvis and Abdomen, Bone Scintigraphy.

ICC is considered to be an incurable and rapidly lethal cancer. Long-term survival is only observed in the subgroup of patients with limited disease that have been resected with clear margins. These patients comprise the minority of patients with ICC. Predictors of poor outcome are multiple liver tumors, large tumor size, and the presence of tumor positive perihepatic lymph node metastases [1].

In this case MH and right ADR were primarily performed. The initial pathology revealed TNM a pT1, pNx, L0, V0, G2 cholangiocarcinoma with positive resection margins (R1) and a benign neurogenic schwannoma of the right adrenal gland. A few months later the second pathology report of the prostate revealed prostatic metastasis from ICC with identical origin.

Only a few cases of ICC metastasizing to the male urogenital tract have previously been reported in literature [2-4]. These include metastasis in the testis [4], epididymis [2] and penis [3]. To our knowledge, this is the first described case of ICC metastasizing primarily to the prostate.

Patients with metastatic ICC generally receive additional adjuvant treatment after surgery in cases in which resection margin status is positive or if progression occurs a few months after surgery.

These cancers normally have a poor prognosis with 5-year survival rates of 5-15% [5]. Following primary surgical treatment in patients with high-risk features such as those with node or margin positivity, particularly those with ICC, systemic adjuvant therapy [6,7], (SRFA) of the liver [8] or chemo radiotherapy [9] may be beneficial to reduce the risk of recurrence by targeting any undetectable metastasis [10].

Regarding liver metastasis especially in the presence of other metastatic foci, which may be stable on effective systemic treatment, local control of the liver metastases, may still be necessary. The liver is one of the more radiosensitive organs with a low tolerance to large volume irradiation with regards to effective cytoablative radiation doses. For resections with positive margins (R1) re-resection or ablation should be considered if feasible. In such cases SRFA for the liver metastasis could be offered [8,11], followed by systemic platinum-based chemotherapy with Gemcitabine/Cisplatin [6] or Gemcitabine/Oxaliplatin [7]. The patient develops myocardial infarction and therefore he couldn’t receive early an adjuvant therapy. Now he underwent chemotherapy with Gemcitabine and Oxaliplatin.

In cases with intermittent haematuria due to enlarged varicose veins of the prostate and to prevent further local complications like urinary retention, recurrent lower urinary tract infection, LUTS, bladder tamponade, tumor anemia and for diagnostic purposes the performance of tup-p is advisable. Irradiation therapy of the prostate in combination with adjuvant chemotherapy [6,7,11] could be taken in consideration, if the prostate was the single origin of metastatic spread of tumor cells from a primary neoplasm [12].

The role that the tumor microenvironment plays in this case for metastatic invasion of the prostate and the lymph nodes is unknown. Tumor-associated angiogenesis in ICC may be driven by local extension of the tumor cells from the primary tumor into the surrounding lymphatic’s through permeation [13]. Prostate cancer (PCA) and ICC have the ability to secrete common growth factors like VEGF-C, which were overexpressed in both tumor entities, and promote lymphangiogenesis [14,15]. Autocrine regulation of lymphangiogenic growth factors may elicit divers effects on angiogenesis in this case. Ki-67 index has demonstrated on multivariate analysis, to be a significant independent risk factor for poor prognosis in ICC [16] and is also significantly up-regulated in PCA [17]. The Ki-proliferation rate was considerable high in this case of ICC with 75%. The remarkable proliferation for progression and further development to a more aggressive malignancy in this particular case remains elusive.

Until now no case of primary prostate metastasis from ICC has been described in literature. This case report represents the first case of prostate metastasis from ICC. Further treatment with chemotherapy and stereotactic radiation of the liver is needed for cancer control. Targeting the tumor microenvironment of the cholangiocarcinoma cells may lead in the future to develop more effective therapeutic strategies to treat this devastating cancer.

Written informed consent was obtained from the patient for publication of this case report. A copy of the written consent is available for review by the Editor-in-Chief of this journal.