Prevention of antipsychotic side effects in elderly populations

The elderly, especially women, are at risk for severe side effects from antipsychotic medication. There are a number of reasons for this. This paper lists the reasons, the nature of the effects, and provides clinical recommendations for prevention and treatment.

Severe mental illnesses such as schizophrenia tend to start early in life and continue throughout adulthood and into old age. Some symptoms improve with age while others remain constant or get worse. There is considerable variability in the progression or plateauing of illness severity over time. The core treatment for schizophrenia is antipsychotic medication, although the choice of an optimal drug regimen varies with patient preference, co-morbidities, adverse drug effects, and interactions with co-administered drugs. In general, guidebook antipsychotic doses for schizophrenia are too high for the elderly; most investigators recommend a gradual reduction of dosages in older age [1]. This is because liver and kidney function deteriorates with age and body composition changes, affecting drug distribution, metabolism, and elimination. There are also important pharmacodynamics changes that take place in the sensitivity of neurotransmitter receptors in the brain, the protein receptors with which the drugs interact.

With respect to the pharmacodynamics of antipsychotic drugs on the dopamine D2 receptor, in young adults, the therapeutic window of striatal dopamine D2 receptor occupancy as measured by positron tomography is between 65% and 85% [3]. Below 65% occupancy, there is no antipsychotic effect; above 80%-85% occupancy, the emergence of extrapyramidal side-effects outweighs the antipsychotic benefit. Recent studies suggest that, for individuals over 50 years of age, the therapeutic window is lower, located somewhere between 50% and 60% [4,5]. With respect to the emergence of hyperprolactinemia, the threshold for which is 73% of occupied D2/D3 receptors in the pituitary gland of young adults, that percentage drops to 66% occupancy in older individuals [6].

Tardive dyskinesia (TD), a movement disorder that involves involuntary choreoathetoid repetitive movements such as chewing and tongue protrusions, is a prevalent adverse effect of antipsychotic medication, especially prevalent in the elderly and usually associated with first generation antipsychotics (AP) more than with newer generation APs. While the mean prevalence of TD in the population who take APs is 20-25%, that percentage climbs steeply with every year of added age [9].

Another neurological adverse effect of APs is postural instability. This disturbance in balance, especially since it often occurs in conjunction with extrapyramidal symptoms such as parkinsonism, akathisia and tardive dyskinesia and sometimes also with cognitive impairment, sedation, orthostatic change in blood pressure and cardiac arrhythmia (all among the relatively common adverse effects of APs), markedly increases the risk of falling and sustaining fractures [10-12]. Hip fractures are particularly dangerous in the elderly and are associated with increased mortality.

Sedation induced by AP drugs is important not only in the context of potentially dangerous falls in the elderly but also because it can lead to respiratory compromise and to fatal kitchen accidents or road accidents [13]. The fact that APs also lead to obesity, which, in turn, strongly contributes to sleep apnea and consequent daytime sleepiness, adds to the prevalence of AP-induced sedation [14].

Cognitive impairment is associated with severe mental illness and can be aggravated by APs, especially in old age. The AP induction of cognitive disturbance is mediated by anticholinergic effects inherent in some APs more than in others and, therefore, varies not only with the prescribed dose but also with the specific agent used [15]. It is made worse by the use of adjunctive anticholinergic medications often prescribed to counteract the extrapyramidal side effects of APs [16]. The anticholinergic burden borne by elderly patients is further increased by the frequent addition of antihistamines or sedating antidepressants to the drug regimen [17].

Hyperprolactinemia induced by APs suppresses the reproductive endocrine axis, with consequent loss of bone mineral density [18]. The use of APs is, as a consequence, strongly associated with bone fractures, with hip fractures constituting the greatest risk to life [19-21].

There is also the reported possibility, although this is highly controversial, that high prolactin levels induced by APs can contribute to the risk of breast and prostate cancer [22-25].

Cardiovascular adverse effects, such as postural hypotension leading to faintness [26] and tachycardia (overly rapid heartbeat) [27] are commonly associated with the use of antipsychotics. More serious side effects are arrhythmias leading to sudden death, caused by blockade of cardiac potassium channels and prolongation of the QT interval [28]. Clozapine use has been associated with death from myocarditis and cardiomyopathy [29] Aripiprazole, a partial dopamine agonist, can induce hypertension [30]. The weight gain associated with most APs increases the risk for type 2 diabetes and hyperlipidaemia, which, in turn, induce heart complications. In general, APs must be used with caution in the elderly, for fear of fatal cardiac complications [31,32].

Antipsychotic drugs also exert direct and indirect effects on the vascular system, leading to complications such as venous and pulmonary thromboembolism [33-35]. As a result of this and of the increased risk for atrial fibrillation [36], there is a high prevalence of cerebrovascular complications in the elderly taking APs [37].

There is an association between APs and pneumonia in the elderly [38,39]. Urinary disease is also reportedly increased [40,41], as is electrolyte imbalance [42] and hypothermia [43]. In addition, APs can induce cataracts that interfere with vision [44] and gastrointestinal hypo motility, which can interfere with the absorption of drugs [45] and, thus, make them less effective.

A cohort study of AP use among over 7 thousand persons aged 65 years or over in a veterans’ geriatric service in Australia found that, at a median age of 86 years, 5 percent of veterans received more than one antipsychotic at a time [46]. An Italian study found frequent adverse interactions in the elderly; as many as 5 adverse interactions were found for every patient in the study [47]. A US study of over 3000 adults aged 70-79 found that over one-third were suffering from at least one type of drug interaction [48]. Polypharmacy is common and adverse interactions are common.

Whereas both women and men show the impact of APs as they age, there are notable gender differences. With advancing age, women’s blood concentrations of APs are 20-30% higher than those of men prescribed the same dose [2]. Our group found the duration of the postmenopausal period to be significantly and negatively associated with antipsychotic response in women [50]. Antipsychotic response declines sharply in women after the loss of estrogen after menopause and, later, in both sexes after andrenopause. Because this means that the drugs become progressively less effective in relieving psychotic symptoms, their dose is increased, leading to high blood concentrations and an intensification of adverse effects [51].

On the basis of this brief review of the evidence, several clinical recommendations can be made, borrowed from Pretorius et al. [52]. The Pretorius et al. paper refers to the use of all medications, not only to psychiatric ones. The recommendations are especially relevant to patients with severe mental illness who, for several reasons, tend to receive substandard care by the medical profession. Because of apathy and cognitive disturbances, they do not, generally, advocate for themselves; many are estranged from family members who would otherwise advocate for them; many distrust their doctors and avoid visits. Many individuals with SMI alienate their care providers because they miss appointments, come late, do not adhere to diet, substance use, or physical activity regimens, do not take their medications as prescribed and often create disturbances in the waiting room. Patient-doctor communication is often difficult. For all these reasons, the following recommendations are particularly important. A) As patients with SMI age and renal and hepatic function deteriorates, it is important to review all prescriptions with them repeatedly, and gradually reduce dosages. B) Whenever a patient is re-admitted to hospital for an acute episode of psychosis, AP doses tend to increase. It is critically important to remember to reduce these doses gradually to a stable maintenance dose after hospital discharge. C) It is always safer to treat adverse effects of drugs by lowering doses than by adding another drug to counter the effects of the first one. D) Many patients take over-the-counter or herbal oral preparations as well as functionally active ointments and inhalants. It is important to inquire about these because they can interact with antipsychotic drugs to produce adverse effects. E) When a prescribed drug is no longer effective, it is tempting to raise the dose. Ineffectiveness, however, may be due to the patient’s not taking it. Alternatively, symptoms may result from withdrawal and rebound reactions as patients periodically start and stop medication. Non-adherence to a drug regimen is a prevalent phenomenon in the SMI population that needs to be periodically checked. Sometimes the drug is not effective because it is not being absorbed. A parenteral route of entry may prove effective. For many older people, low-level psychotic symptoms may be more tolerable than the side effects that come with higher doses. F) AP drugs have different therapeutic windows or effective dose ranges. Those with wide windows are safest for elderly patients. G) When initiating medication in elderly patients, “starting low and going slow” is good advice. H) More than one new medication should not be started at the same time. I) Since elderly patients always have more than one co-morbidity, it is important to liaise with all treating physicians. J) Medication regimens need to be frequently reviewed and those that are ineffective removed. All changes need to be instituted slowly. K) Women are more at risk for adverse effects than men. L) Elderly patients should be seen frequently, home visits often being necessary in this population. M) Because patients with severe mental illness may have no close relatives or friends, it is often essential to link them with community services and visiting nurses or case workers to assist in the monitoring of health and habits.

The elderly are at serious risk for the adverse effects of antipsychotic medication, a risk that is preventable. 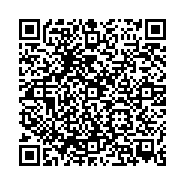