Purpose: The study was conducted to compile a normative database for SD-OCT measurements of foveal thickness, Ganglion cell thickness as well as peripapillary RNFL thickness in paediatric age of 7-15 years and to analyse the correlation of such values with age, gender and refractive error (SE)

Conclusion: RNFL thickness followed a normal distribution. RNFL, foveal and GCC thickness varied marginally with gender and had no significant correlation with age and refractive error. The normative data from this study could serve as reference for further studies on paediatric glaucoma using newer imaging modalities.

Optical Coherence Tomography (OCT) is a non-invasive, noncontact technique that visualizes the retina and has increasingly been used in ophthalmology [1,2]. It is a new imaging technology which is based on the Laser Interferometry principle. Image capture is fast and painless.

Retinal thickness can be measured accurately by OCT due to its high depth resolution (10 microns). Comparison of OCT and histological images from prototype devices has shown good correlation between real measurements of Retinal Nerve Fibre Layer (RNFL) thickness and OCT estimates.

Spectral domain OCT (SD-OCT) provides approximately twice the axial resolution and 45 to 100 times the scanning speed and can reveal the three-dimensional configuration of the retina in comparison with time-domain OCT (TD-OCT) [3].

SD-OCT significantly increases the amount of data acquired during each session; the motion artefacts are significantly reduced; and better repeatability and reproducibility and an increased signal-to-noise ratio are achieved compared with TDOCT. Cirrus HD-OCT (Cirrus Version 6.0; Carl Zeiss Meditec, Dublin, CA) is a commercially available SD-OCT with a scan speed of 27,000 axial scans per second and an axial resolution of 5 μm [4].

The diagnosis and follow-up of children with an ocular disease is more difficult than that of adults because of the challenge in obtaining reliable and reproducible visual examinations. Important diagnostic tools used in adults such as visual fields, require their cooperation. For children, such tools are often impractical because the results are unreliable, and hence difficult to interpret However, OCT provides objective measurements of the affected structures. Generally, children older than 3 or 4 years of age can cooperate sufficiently. Macular measurements are even easier to obtain than those of the optic nerve, making OCT particularly suitable for use with uncooperative children or those with poor fixation.

SD-OCT is progressively being used to evaluate paediatric macular diseases, childhood glaucoma, and non-glaucomatous optic neuropathies. Additionally, it is used for monitoring changes in the progression of the disease and assessing the efficacy of current and novel treatments for eye diseases in paediatric population.

Period of study and source of data

The present study was conducted in the Department of Ophthalmology, Father Muller Medical College and Hospital, Mangalore, for a period of one year (September 01, 2016-September 01, 2017). All School going children attending the ophthalmology out-patient department at Father Muller Medical College Hospital for their routine eye examination were included in this study.

• Both sexes with ages ranging from 7-15 years.

• Children with Best Corrected Visual Acuity (BCVA) of 6/6 (on the Snellen scale) for both eyes, refractive error (in SE) within ± 4.00 dioptres.

• Patients not cooperative for SD-OCT examination.

• Children with history of ocular abnormalities like Amblyopia, strabismus.

• All data collected in the study were sorted, coded, and entered in an excel sheet and then transferred to the SPSS v. 23 software program for data management and analysis.

• Correlation and regression analysis were done to assess the relationship between RNFL, foveal thickness and GCC thickness with clinical parameters (age, gender and refractive error).

• A p-value of 0.05 or less was considered to be statistically significant.

• A total of 100 children aged between 7-15 years presenting to Department of Ophthalmology in Father Muller medical college, Mangalore from September 2016 to September 2017 were included in the study.

• A written informed consent to participate in the study was obtained from parents of minor subjects after explaining the imaging modality to them and to the child.

• Three such circular scans were performed successively. The average of the 3 scans was used in the analysis. Mean RNFL thickness in micrometers along the whole circle circumference, four quadrants, 12’o clock hours were obtained.

• The Ganglion cell complex (GCC) maps were based on macular protocol centred on fovea with a cube of 512 × 128 with automated measurement of GCC and internal limiting membrane. Signal strength of 6 or higher was considered acceptable. 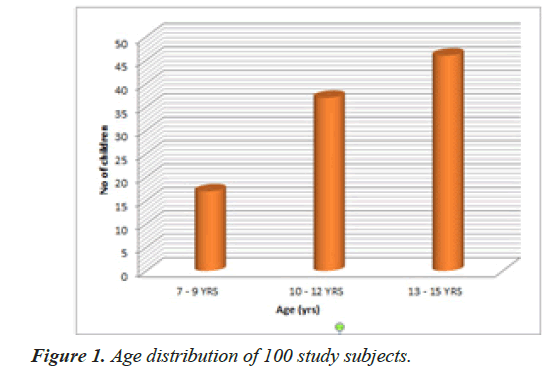 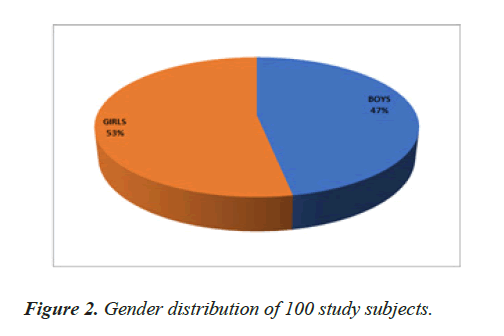 Table 1: Mean global RNFL thickness and distribution of RNFL in each quadrant. 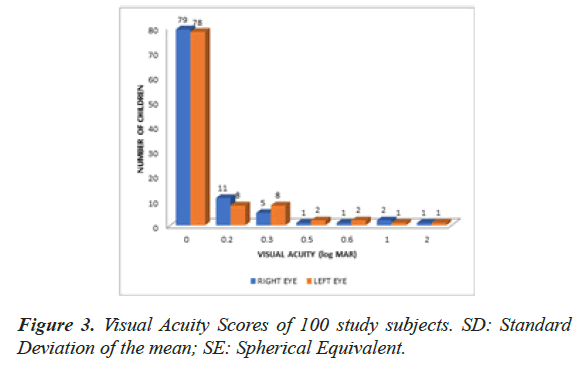 Table 3: Comparison between the global RNFL and RNFL in each quadrant between two eyes.

Table 6: Comparison of the various macular thickness parameters between right and left eye.

Table 10: Comparison of the ganglion cell thickness parameters between right and left eyes.

OCT has become widely used tool in clinical and scientific ophthalmology. Its uses in diagnosis of diseases are not restricted only to ophthalmology. Beside its use in identifying macular pathology and glaucoma, in recent year its application to diagnose various other ocular conditions has widely been expanded such as multiple sclerosis, optic nerve gliomas, pseudotumor cerebri, optic neuritis and papilloedema [5-8].

Normative data are provided automatically by OCT but the data base only includes individuals 18 years and above limiting its use in children. The application of OCT in children has been documented in several studies [9,10-12]. However, no normative data base exist which would serve as a benchmark for reference and glaucoma scanning [13].

The neuroretinal rim in normal eyes shows characteristic double hump configuration, which is usually the thickest in the inferior rim, followed by superior, nasal and the thinnest in the temporal rim, this is known as the Inferior Superior Nasal Temporal ISNT RULE. Several studies have confirmed this finding [14-16].

Bourne et al. [21] compared the OCT 2000 with the Stratus OCT and found that the former model consistently yielded a higher RNFL thickness value. In comparison to the study conducted by Elai et al. [22], Barrio-Barrio et al. [23], Al-Haddad et al. [24] using Cirrus OCT yielded results that were consistent with our finding.

The RNFL thickness varies significantly among types of OCT used and therefore direct comparison of RNFL thickness measurement among OCT instrument like Stratus and Cirrus may be misleading [13].

The distribution of RNFL thickness (thickest inferiorly and superiorly and thinner nasally and temporally) is in agreement with the normal distribution of RNFL. These variations are the result of the large number of nerve fibres converging to the optic nerve head from the superior and inferior arcuate bundles, relative to the number of fibres converging from the papillomacular bundles and nasal retina.

Large number of studies has shown that RNFL thickness decreases as age increases [25-27]. It has been confirmed by several studies that the number of ganglion cells in human retina decreases with age which results in thinning of the RNFL. This has been confirmed by several investigation using OCT [1,28]. It has been estimated that normal individual loses ganglion cells at a rate of 4909 per year [29].

Bundez et al. [27] found that RNFL was thinner in older people with decline of approximately 2 microns per decade. Qian et al. [19] and Salchow et al. [18] reported that RNFL thickness tends to increase with age in a population younger than 18 years.

In this present study the mean age of the 100 participants were 12.07 ± 2.46 SD years (7-15 years). We analysed that there was mean global increase in the RNFL, as well as increase in RNFL in inferior, nasal and temporal quadrant with increasing age. The decrease in RNFL was more in superior quadrant compare to inferior quadrant, thinning was also seen in temporal quadrant as well as in nasal quadrant, but these changes were statistically insignificant.

In study conducted by Parikh et al, it was seen that RNFL tends to decrease with age. Average RNFL and RNFL by quadrant decreases especially after 50 years of age, thinning of the RNFL is not uniform in all with maximum loss in the superior quadrant in comparison to inferior quadrant which is more resistant to loss. This finding was consistent in our studies as well [31].

The effect of refractive error has been widely debated. Many studies have demonstrated positive correlation with spherical equivalent [10,17,19,31].

Huynh et al. [17] studies on 1765 children less than 6 years reported significant trend for thicker RNFL with more positive refraction, however the changes were small. Qian et al. [19] reported a positive correlation of the average RNFL thickness with refractive error in healthy children. Merugacz et al. [32] compared RNFL thickness between 30 myopic and 15 controlled participants without myopia and reported no significant difference between the two groups. Vernon et al. [33] conducted similar study on 31 highly myopic eye of caucasian origin and observed no statistically significant correlation between the RNFL and spherical equivalent. Rao et al. [13] found that axial length and refractive status accounted for only 10% of the variation in RNFL thickness. In our study, a poor positive correlation was established between refractive error and global RNFL thickness with a p value of 0.125 which was statistically insignificant.

The central macular measurements obtained from the different OCT models in adults ranged from 257.6 to 277.1 μm. We found a lower central macular thickness with a mean of 234.325 μm than that observed in adults using the same OCT device [34]. Additionally, it was thinner than the other paediatric SD-OCT studies results, ranging from 253.8 μm to 271.2 μm [35-37].

There were different opinions on the relationship between macular thickness and age in adults. Some authors reported that the macular thickness was independent from age, while others [38] determined an age-related decrease in macular thickness which was compatible with the histological human retina studies presenting a decrease in the density of photoreceptors, ganglion cells, and retinal pigment epithelial cells with age [38,39]. In children, previous studies reported a significant increase in foveal thickness with age, specially beyond five years [35,37]. Our results were consistent with these observations.

Jeanjean et al. [5] reported a significant negative correlation between average and sectorial GC-IPL thicknesses with AL in a study of normal Turkish children from 3 to 17 years old.

Previous studies in adults have attributed the thinning of average and segmental GC-IPL thickness values to stretching and consequent thinning of the retina [40,41]. Similar findings in children have also been reported by Lamirel et al. [6]. However, Lamirel et al. [6] had studied the GCC as a sum of RNFL and GC-IPL. The ganglion cells have the maximum density at the macula and it is suggested that study of this layer at the macula could be an early predictor of glaucoma and other optic nerve disease.

In our study, we additionally investigated the correlations between average GCC thickness and age, gender and SE. In our study there was a poor negative correlation established between GCC thickness and Spherical Equivalent. The mean GCC thickness was more in females than males regardless of age. We found that the average GCC thickness was not significantly associated with age. Contrastingly, Totan et al. found that average GC IPL was related to age (β, 0.226; p=0.009) and AL (β, -1.537; p<0.001), not to SE, rim area or disc area, while Goh et al. [42] determined that average GCIPL was correlated with AL (β, -2.056; p<0.001) though not with age.

The normative data from this study could serve as reference for further studies on paediatric glaucoma or other optic nerve head pathologies using nerve imaging modalities.

• All the subjects included in our study population were hospital based and hence do not reflect the general population.

• All children were between the age group of 7-15 years and therefore the result cannot be applied to the younger or older children accurately.

• The study is also limited by exclusion of high refractive error and limited number of subjects. 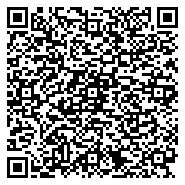