Ocular surface disease in a child managed with maternal allograft

Purpose: To report a novel approach for the management of a recurrent and bilateral nasal and temporal pterygium in a child.

Case report: A 11-year-old presented with a recurrent pterygium in his left eye for which he had undergone left eye pterygium excision+conjunctival limbal autograft (CLAG) elsewhere six months ago.

Ocular examination revealed visual acuity of 6/6 in both eyes. Anterior segment revealed signs of conjunctivalization superiorly and inferiorly bilaterally, Conjunctiva encroachment over the cornea at 3 and 9’O clock and absence of clear palisades of Vogt.

A Simple Limbal Epithelial Transplantation (SLET) was performed under general anaesthesia. At 6 months follow up, graft was healthy and was well taken up and showed no signs of recurrence.

Conclusion: Living related conjunctival allograft in combination with amniotic membrane transplantation can be a simple yet effective alternative in treating ocular surface disorder.

A pterygium is an ocular surface fibrovascular, wing-shaped encroachment onto the cornea associated with chronic ultraviolet light exposure [1,2]. It occurs mostly on the nasal side [3]. It is more prevalent in adults after 20 years of age while its occurrence in children is rare. Double-head pterygium, that is, nasal and temporal pterygia in the same eye is rare. In studies by Dolezalová, the incidence was found to be 2.5% [4]. Specific data regarding the characteristics of pterygium in children and its management approach are lacking in literature.

As we know, Conjunctival Autograft (CAG) is the gold standard in the management of primary pterygium. However, it may not be sufficient to cover the bare scleral defect in a double-head pterygium. Amniotic Membrane Transplantation (AMT) has been found to be effective in these cases, but because of its cost its use is limited. Pterygium surgery holds the possibility of recurrence as one of the major complications. Rates of recurrence vary widely in the literature. The bare sclera approach has a recurrence rate of 38%–88% and has largely been abandoned [5]. Conjunctival autograft with fibrin glue which has become increasingly popular has lowered the recurrence rate to 5.5%– 11.9% [5]. Mitomycin C (MMC) has been used as adjunct therapy to further reduce the recurrence [5,6].

The current treatment paradigm for recurrent pterygia includes several options, though no option has proven impervious to failure. Patients with recurrent pterygia tend to suffer from blurred vision because of the astigmatism. The operative procedure of choice should therefore aim to minimize the recurrence rate along with better visual cosmetic appearance. Simple Limbal Epithelial Transplantation (SLET) is a technique that was first described by Sangwan in 2012 in the context of treating unilateral limbal stem cell disease [7].

This case report highlights a variation of the SLET technique as a treatment option for surface reconstruction in a child with recurrent and bilateral nasal and temporal pterygium.

A 11-year-old boy presented with bilateral nasal and temporal pterygium. He had undergone left eye Pterygium excision+Conjunctival Limbal Autograft elsewhere 6 months ago and now presented with a recurrence in his left eye. He was started on topical steroids and immunomodulators for 2 months.

On ocular examination, Visual acuity, lids and adnexa were all within normal limits. Ocular surface revealed Conjunctiva encroaching the cornea 2-3 mm into limbus at 3 and 9’O clock, absence of clear palisades of Vogt and signs of conjunctivalization superiorly and inferiorly bilaterally as seen in Figure 1.

Figure 1: Both eyes showing nasal and temporal pterygium with absent palisades of Vogt and signs of conjunctivalization. 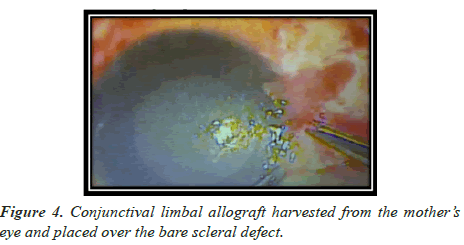 Figure 4: Conjunctival limbal allograft harvested from the mother’s eye and placed over the bare scleral defect.

Postoperatively, child was put on topical antibiotic-steroid and immunomodulator eye drops. He was followed up at 1 week, 1 month and 6 months. At 6 months follow up, the defect was well epithelialized and the graft was well taken up and showed no signs of recurrence as seen in Figure 6. 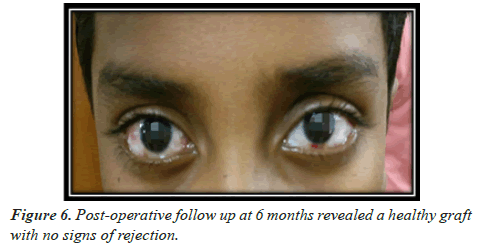 Figure 6: Post-operative follow up at 6 months revealed a healthy graft with no signs of rejection.

Limbal stem cell disease has been proposed as one of the inciting events in the formation of pterygium [8-10].

Some of the conventional surgical options for treating recurrent pterygia include adjunctive use of MMC, repeat conjunctival autografting and use of amniotic membrane if autologous conjunctiva is unavailable for repeat harvesingt [11,12]. More aggressive pterygia are sometimes targeted with 5-FluoroUracil and subconjunctival anti-VEGF (Vascular endothelial Growth factor), though these treatments are less proven [13-16].

Several studies have highlighted the role of limbal stem cell transplantation as a part of primary pterygium surgery. Conjunctival Limbal Autograft (CLAG) was first reported as a treatment option for aggressive and recurrent pterygia in 2000 [17]. However it entails dissection of a large limbal area and poses a risk of further stem cell disease at the donor site. SLET permits the harvesting of less limbal stem cell tissue for ocular surface reconstruction, which may reduce the risk of iatrogenic stem cell disease. The procedure involves harvesting limbal stem cells from the unaffected eye with healthy limbal stem cells. The harvested stem cells are then transplanted onto the diseased area of cornea. Studies have since reported on the use of SLET for unilateral chemical burns, ocular surface squamous neoplasia and primary pterygium excision [7,18-20].

However, there are only three studies in literature that have looked at using SLET as a part of pterygium management [20]. In one study, ten eyes underwent SLET as part of primary pterygium excision. The results were encouraging, as there were neither recurrences at eight months nor any sight-related complications.

Another study reported a series of four cases that used SLET for management of recurrent pterygium where a second layer of amniotic membrane was used on top of the stem cells. In all four cases, there was no significant complication at subsequent follow-up visits [21].

In a study by Trinh et al. [22], where a series of 10 cases with aggressive and recurrent pterygia underwent SLET procedure, only one case had recurrence at the end of 6 months follow up whereas the rest had moderate improvement in BCVA (Best corrected Visual Acuity) and restoration of the limbal stem cell niche.

In more aggressive or recurrent pterygia, SLET maybe a more effective option than CLAG alone to address both pterygium recurrence and repopulation of the depleted limbal stem cell niche [22].

A combination of two procedures: Living related conjunctival limbal allograft with amniotic membrane transplantation is a safe and effective method that could be considered for the treatment of recurrent bilateral nasal and temporal pterygium as it helps to recover the integrity of ocular surface as well as to rebuild limbal barrier; However more cases and longer follow up is required for a definite conclusion. 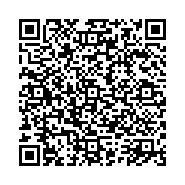