Orbital emphysema is a well-known entity in which there is communication between the orbit and sinuses. Trauma is the leading cause. Spontaneous fractures of orbital wall are rarely reported. Ours is a unique case of spontaneous orbital emphysema with fracture of multiple walls of orbit in a patient following COVID-19 infection. Examination revealed soft tissue swelling, proptosis and prominent chemosis. CT scan report noted marked asymmetrical left sided proptosis, preseptal and periorbital emphysema secondary to fracture of medial wall and roof of orbit. We managed the patient conservatively by oral antibiotics and close monitoring of optic nerve functions.

We have noted about 6 reported cases due to non-traumatic aetiology to date mostly due to forceful sneezing. This particular case was of interest in view of his severity of clinical findings with no significant precipitating factors.

This 78-year-old gentleman presented to Moorfields Eye Hospital ophthalmic accident and emergency department with left sided severe proptosis, blurring of vision, marked chemosis and severe swelling of the eyelids on the same side. Patient had no history of trauma or fall the prior to the development of symptoms.

His proptosis was sudden in onset and gradually worsened with time over the period of 24 hours and it was associated with other orbital signs as noted previously (Figure 1). 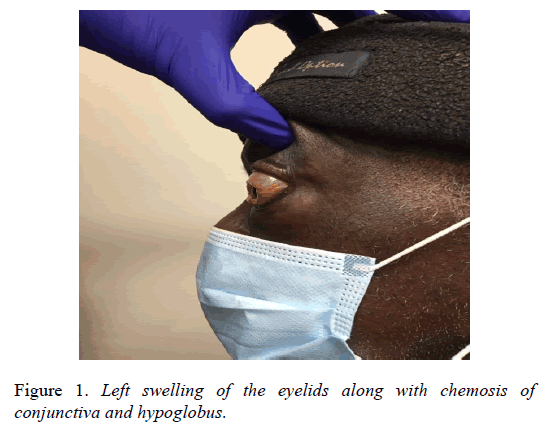 Figure 1: Left swelling of the eyelids along with chemosis of conjunctiva and hypoglobus.

On examination his visual acuity was 20/200 improving to 20/50 with pin-hole in the left eye and 20/32 in the right eye. His optic nerve function was intact with good colour vision and no reactive afferent pupillary defect.

There was significant lid oedema and 3 mm proptosis on exophthalmometry (Oculus). He had restriction of eye movement supero-temporally. His intra-ocular pressures were 21 mm of Hg in the right eye and 19 mm of Hg in the left eye. His optic nerve head looked healthy. There was no disc edema or palor. Rest of the fundus examination revealed dry agerelated macular degeneration (Figure 2). 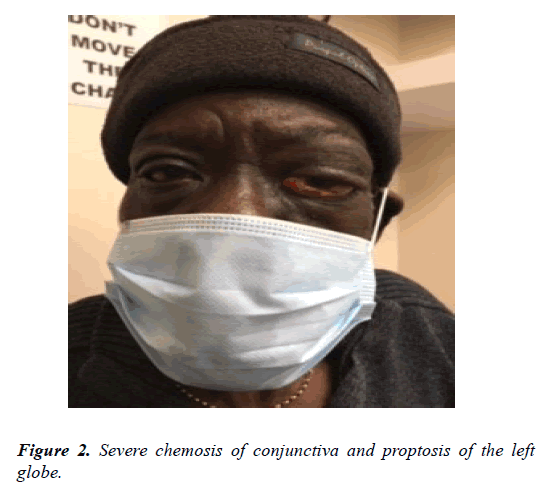 Figure 2: Severe chemosis of conjunctiva and proptosis of the left globe.

Urgent CT scan of Head and Orbit report suggested marked asymmetrical left sided proptosis due to striking intraorbital, preseptal and periorbital emphysema which also involves the facial and retro-mandibular tissues. Some mucosal thickening as well as retained secretions and fluid level are noted in the left maxillary sinus. Intact orbital floor however a broad depressed fracture of the lamina papyracea with orbital fat prolapse into the bony defect. Convexity and defect of the roof of the orbit with communication between frontal sinus and orbit noted. No intracranial abnormality detected. Right orbit shows some constitutional changes however no bony defects noted (Figure 3). 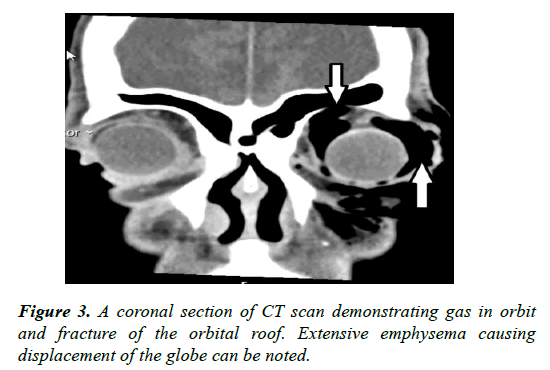 Figure 3: A coronal section of CT scan demonstrating gas in orbit and fracture of the orbital roof. Extensive emphysema causing displacement of the globe can be noted.

We managed the case conservatively with oral antibiotics Coamoxiclav 625 mg TDS for 7 days and by monitoring him over 2 weeks and his symptoms gradually resolved. At 2 weeks his visual acuity was noted to be 6/9, his lid oedema resolved completely along with full extra ocular movements. His optic nerve function remained intact throughout.

Orbital emphysema can be anything between benign conditions which needs to be monitored only to an ophthalmic emergency needing intervention. It is important as ophthalmologists to understand the various causes and management of this condition. 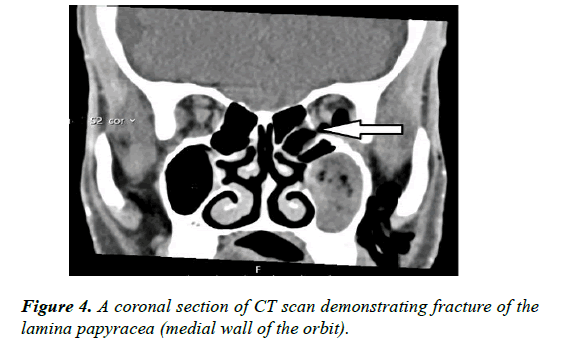 Figure 4: A coronal section of CT scan demonstrating fracture of the lamina papyracea (medial wall of the orbit). 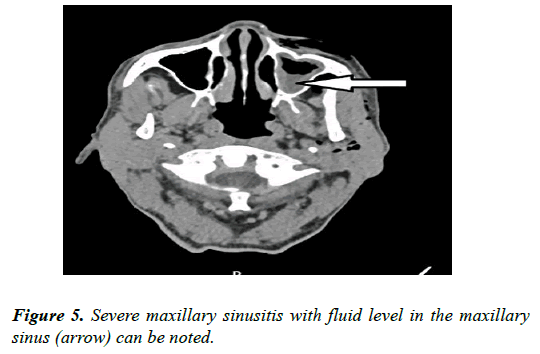 Cases of orbital emphysema need to be urgently assessed and followed up regularly to monitor the visual function. Reduced vision after trauma may be caused by intraorbital emphysema, retrobulbar hemorrhage, optic nerve thickening presumably secondary to edema, ruptured globe, detached retina, and optic nerve impingement. These complications are ophthalmic emergencies requiring immediate intervention. Therefore, differentiating benign orbital emphysema from an ophthalmic emergency is critical to avoid adverse sequelae. A case series by Key et al. demonstrates that a timely and appropriate intervention can result in good visual outcome for these patients [5]. In non-traumatic cases, the most important differential diagnosis to exclude in acute unilateral eye swelling is orbital cellulitis, which may present with pain on eye movement, visual loss, chemosis, and fever [6].

Although most cases of orbital emphysema are self-limiting, in rare cases the orbital soft tissues may block the bony defect and produce a one-way check valve, allowing air to enter, but not leave, the orbit, causing acute onset of elevated orbital tension. The increased orbital pressure could result in proptosis and impaired ocular movement, or even lead to acute compartment syndrome and become severe enough to cause visual loss. Vision-threatening orbital emphysema often requires rapid surgical decompression, such as lateral canthotomy or cantholysis, needle decompression, and open decompression [7].

Orbital emphysema has been a known etiology for decades, however in our case a spontaneous fracture of orbital walls with no precipitating factors was of unique interest. Age related bony degenerations must be identified and monitored as it is an irreversible change. There is significant risk of recurrence in such cases.