Manufacture, properties, and use of lubricant

A lubricant is a substance that reduces friction between two surfaces in contact, hence reducing the amount of heat generated while the surfaces move. It could also be capable of transmitting forces, moving foreign particles, and heating or cooling surfaces. Lubricity is a property that aids in the reduction of friction.

In addition to industrial applications, lubricants are used for a variety of other functions. Other applications include cooking (oils and fats in frying pans, baking to avoid food sticking), human bio applications (e.g. lubricants for artificial joints), ultrasound examination, medical evaluation, and sexual relations. It's generally utilised to reduce friction and make a device run more smoothly and efficiently.

Lubricants have been utilised in some form or another for thousands of years. Calcium soaps have been discovered on the wheels of chariots dating back to 1400 BC. Building stones were slid onto oil-impregnated planks during the pyramid era. Throughout the Roman era, lubricants were manufactured from olive and rapeseed oils, as well as animal fats. During the Industrial Revolution, the use of metal-based technology fueled the growth of lubrication. Demand for such gear shifted away from natural oils and toward petroleum-based goods in the early 1900s. The creation of vacuum distillation of petroleum, according to the Vacuum Oil Company, was a breakthrough. The purification of very nonvolatile chemicals found in many lubricants was made possible by this approach [1].

Lubricants typically comprise 90% base oil (mostly petroleum fractions, also known as mineral oils). Base oils can be vegetable oils or synthetic liquids such hydrogenated polyolefins, esters, silicones, fluorocarbons, and many others. Reduced friction and wear, enhanced viscosity, improved viscosity index, corrosion and oxidation resistance, ageing or contamination resistance, and so on are all benefits of additives [2].

Vegetable oils and other renewable sources are used to make biolubricants. Triglyceride esters are the most common kind (fats obtained from plants and animals). Vegetable-derived ingredients are chosen for lubricant base oils. Canola oil with a high oleic content, castor oil, palm oil, sunflower seed oil, and rapeseed oil are examples of vegetable oils, whereas tall oil comes from trees. Many vegetable oils are hydrolyzed to produce acids, which are then selectively mixed to make specialised synthetic esters. Lanolin is another naturally generated lubricant (wool grease, a natural water repellent) [4]. Whale oil was a historically important lubricant, with some uses as a friction modifier addition for automatic transmission fluid as late as the twentieth century.

In applications such as engine-driven lawn mowers, chainsaws, and other agricultural equipment, researchers at Australia's CSIRO have been testing safflower oil as an engine lubricant since 2020, finding improved performance and reduced emissions than petroleum-based lubricants. Grain farmers who have tried the product have praised it, with one describing it as "needing very little refining," "biodegradable," "a bioenergy and biofuel," and "needing very little refining." The scientists used gene silencing to reengineer the plant, resulting in a cultivar that produces up to 93/% oil, the highest yield of any plant now accessible. The results of a study conducted at Montana State University's Advanced Fuel Centre in the United States comparing the oil's performance in a big diesel engine against conventional oil have been regarded as "game- changing" [5]. 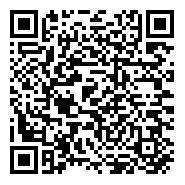