The cornea should be transparent for the maintenance of good visual function. The superficial epithelium of the cornea, which is renewed continuously by corneal stem cells, plays a critical role for permanency of this transparency. These stem cells are localized at the cornea-conjunctival transition zone, which is called “limbus”. When this zone is affected or destroyed by pathological conditions, such as chemical burns, Limbal Stem Cell Deficiency (LSCD) ensues. Loss of limbal stem cell function allows colonization of the corneal surface by conjunctival epithelium. However, this epithelium has a poor protection that causes scarring and promotes vascularization. Worldwide, over 6 million people are affected with corneal blindness, and LSCD is one of the most important reasons. Fortunately, it is becoming possible to recover vision by autologous/allogenic limbal tissue transplantation. Due to the potential risks such as rejection or donor eye distress, alternative treatment options have been investigated. Ex vivo expansion of limbal stem cells for the treatment of LSCD was first reported in 1997. Through these 25 years, various protocols for cultivation of limbal epithelial cells were experienced. In this approach, a small limbal biopsy is surgically removed from the donor eye for invivo expansion. The cells are then surgically transferred to the recipient eye. The high percentage of cells with high proliferative potential among the culture cells is one of the most important factors for the successful limbal epithelial cell culture. Strong efforts are being made to expand limbal stem cells in culture for preserving or even enriching the stem cell population for better clinical outcomes.

The cornea should be transparent for visual function. The superficial epithelium covering the cornea and the circular outer zone known as the limbus is critical for transparency. The corneal epithelium is renewed continuously and the renewal source is limbal stem cells. When this zone is affected or destroyed by pathological conditions, Limbal Stem Cell Deficiency (LSCD) ensues. Figure 1 briefly explains, loss of limbal stem cell function allow colonization of the corneal surface by conjunctival epithelium. The poor protection by this epithelium allows scarring of the corneal matrix and promotes vascularization [12-14]. 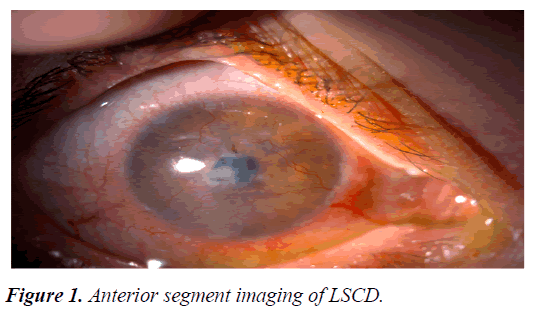 The prevalence of LSCD, which is in the class of rare diseases, is defined as 1-5/10000 [15]. LSCD is clinically classified as primary or secondary. Primary LSCD is usually associated with genetic and congenital disorders (such as aniridia and congenital erythrokeratoderma), while secondary LSCD arises due to environmental reasons. Secondary LSCD is the more common subtype in clinical practice. Chemical or thermal burns, Steven Johnson syndrome, ocular cicatricial pemphigoid, ionizing radiation, contact lens use, preservative substance toxicity, aging, and limbal region surgeries are the most common causes of secondary LSCD [14].

Major LSCD symptoms include decreased visual acuity, photophobia, watering, and blepharospasm. Conjunctival hyperemia due to chronic inflammation, pain and irritation because of corneal epithelial loss are among the other common symptoms. In slit-lamp examination, irregular corneal reflex, presence of pannus tissue depending on the severity of the disease, persistent epithelial defect, stromal scarring and calcification can be observed. In addition, abnormal fluorescein staining pattern is seen in the cornea due to conjunctivalization [14,16]. Since keratoplasty is not effective in LSCD, it is particularly important to make a definitive diagnosis [17,18]. Among the clinical symptoms and findings, the most important parameter in the diagnosis is goblet cell migration and conjunctivalization to the corneal surface, and the gold standard diagnostic method is impression cytology (Figure 2) [19]. 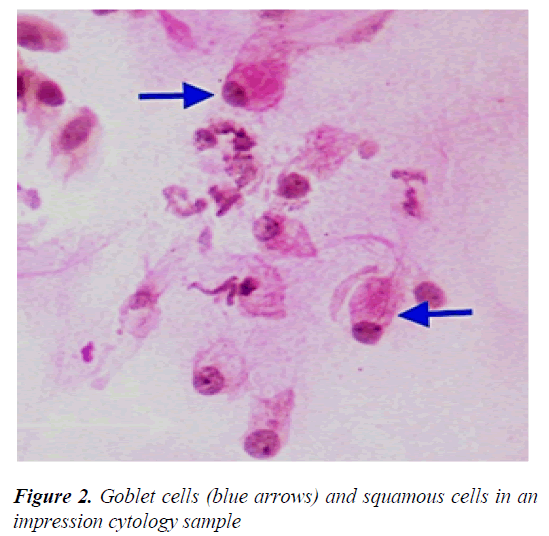 Although there are different treatment strategies to restore the stem cell reserve in the treatment LSCD, particularly in bilateral cases, there is still no reliable and effective management technique. Autologous and allogeneic limbal graft transplantations are the conventional treatment options [17]. In limbal grafts, there is a potential risk of developing LSCD in the donor bed [20]. In allograft transplants there is a major risk of immune reaction and allograft rejection [14,18]. For all these reasons, the development of new treatment modalities such as limbal epithelial cell culture has become inevitable. (Figure 3) [21].

Pellegrini, et al. [3] showed for the first time that limbal stem cells can be produced on the “feeder layer”. Although cultivated limbal epithelial cell therapy, which has a history of approximately 25 years, has started to take place in clinical applications, the biological background of this treatment approach is still unknown. Therefore, today, the characterization of limbal stem cells and the identification of their microenvironment are still at the forefront of important research topics [22]. Since limbal stem cell markers have not been defined precisely, physical isolation of these cells is not sufficiently possible. Thus, until now, it has only been possible to characterize the microenvironment that controls the genes that enable cells to differentiate, creates the stem cell environment, and defines the signals necessary for the differentiation of transiently proliferating cells. With the clarification of the biological background, it will be possible to develop ideal treatment options [23-25].

An advanced technological approach currently used for the treatment of limbal stem cell failure is the transplantation of limbal epithelial stem cells, which are replicated in vitro using tissue engineering tools, to the patient [26,27]. Known for the first applications of limbal cells to culture, Pellegrini established a start-up company called Holostem Therapy Avanzate in Italy to commercialize this product. Later, one of the important pharmaceutical companies in the world, CHIESI Farmaceutici S.P.A. merged with the mentioned start-up company. In vitro limbal epithelial cell production by using corneal bioengineering methods was approved by the European Medicines Agency (EMA) as a advanced therapeutic medical product in 2015 and this treatment was method was commercialized under the name HOLOCLAR®. A single dose of this high-tech cellular therapy product has been released to the market with a list price of £80,000+VAT (via National Health Service- NHS England). Today, the first cellular therapy product produced and approved by bioengineering methods in the world and offered to patients for regeneration is HOLOCLAR® [28-30].

Mouse cells (3T3 feeder-layer), which are also used to support the proliferation of limbal epithelial stem cells, have a potential cross-transfer of animal pathogens to human risk. In addition, N-glycolylneuraminic acid (Neu5Gc), which is found in mouse cells but not in humans, can itself cause an immune response in humans (Figure 4) [31-36]. 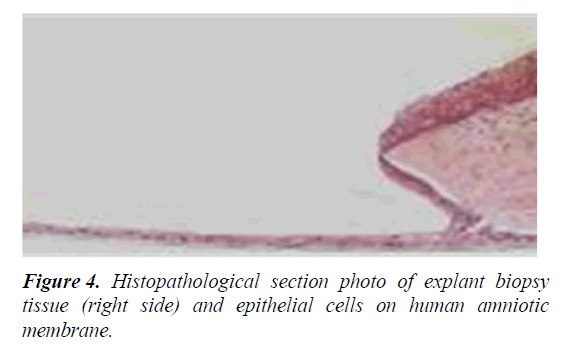