Initial findings suggest that complement-targeted treatments could help with IgA.

IgA nephropathy (IgAN) is the most frequent kind of primary glomerulonephritis and a leading cause of end-stage renal disease around the world. The diagnosis requires a kidney biopsy, with routine immunofluorescence microscopy demonstrating dominant or co-dominant IgA immunodeposits, generally with complement C3, and occasionally IgG and IgM. IgA nephropathy shortens life by more than a decade and causes kidney failure in more than half of patients within a year of diagnosis. Complement plays a key role in the aetiology of IgA nephropathy, according to mounting clinical, genetic, and biochemical evidence. The presence of C3 distinguishes IgA nephropathy from glomerular IgA deposition in the asymptomatic stage. In renal biopsy specimens, markers indicating the activation of the alternative and mannan-binding lectin (MBL) pathways are linked to disease activity and portend a worse renal outcome. In IgA nephropathy, complement proteins in the circulation have also been studied and found to have predictive relevance. IgA nephropathy-related loci have recently been discovered through genetic investigations. Genes encoding products involved in complement control and interaction with immune complexes are found within these regions. These findings point to the complement cascade as a viable therapy target for chronic renal disease. Recent case reports demonstrating the efficacy of the humanised anti-C5 monoclonal antibody eculizumab support this notion, but more research into the involvement of complement in IgA nephropathy is needed to guide future treatment strategies.

The complement system is a key player in innate immunity as well as a powerful link between innate and adaptive immunity. Complement is found in the bloodstream in a physiologically inactive state and can be triggered by three mechanisms: the classical (CP), lectin (LP), and alternative (AP) pathways (AP). Each pathway converges on C3 cleavage to produce the anaphylatoxin C3a and active fragment C3b once activated [1][2]. If not controlled, this process can rapidly amplify, leading to the activation of the terminal pathway, which is marked by the release of C5a and the creation of the membrane attack complex (MAC – C5b9). The CP is activated when the C1 complex interacts with antibody-antigen complexes containing IgG or IgM. When mannan-binding lectins or other pattern recognition proteins like ficolins (ficolin-1, ficolin-2, and ficolin-3) and collectins attach to carbohydrate residues on surfaces like bacterial cell membranes, the LP is activated. MBL-associated serine proteases MASP-1, MASP2, and MASP-3 then bind to these proteins. In physiological situations, the AP is always active at low levels and is responsible for complement system functioning. In an in vitro test involving CP activation, blocking the AP using a neutralising factor D antibody decreases C5b9 synthesis [3].

This finding emphasises the importance of AP in complement activation amplification. The tick-over mechanism is the result of spontaneous and continuous hydrolysis of C3, which causes conformational changes in C3. These structural changes allow Factors B (FB) and D (FD) to bind to the bioactive form of C3, C3(H2 O), resulting in the formation of fluid phase C3 convertase and therefore enhancing complement activation. This C3 convertase is stabilised by Properdin. Homeostasis necessitates the tight regulation of this route. It is primarily regulated by complement Factor H (CFH), which, in cooperation with Factor I, degrades C3 to an inactive version known as iC3b (FI). Complement FH-related (CFHR) proteins, which are largely similar to FH but lack the N-terminal complement regulatory domain that is critical to FH's inhibitory function, can also suppress CFH action. The balance between complement control and activation alters when CFH and CFHR compete [4].

Berger was the first to describe IgA nephropathy (IgAN), which is the most common cause of primary glomerulonephritis globally. The first report revealed glomerular lesions in patients with macroscopic or microscopic haematuria and mild-to-moderate proteinuria who had intercapillary deposits of IgA-IgG complexes and mesangial matrix enlargement. In approximately individuals, IgAN causes end-stage renal disease, with geographical disparities in incidence and progression. The presence of IgA deposition in kidneys transplanted from healthy donors to IgAN patients suggests that circulating factors involving IgA are the underlying cause, rather than a kidney-related problem [5].

Much progress has been made in understanding the involvement of the complement system in IgAN aetiology and prognosis during the last several decades. The involvement of the alternative and lectin pathways is confirmed by data from studies of pathological characteristics, IgA1 biochemistry, genetic implications on disease, and animal models. Complement activation markers are being used not only as diagnostic tools, but also as prognosis tools to classify disease severity. Complement components are thought to play a function in enhancing the inflammatory response in order to build immune complexes and deposit them in the glomerular mesangium. These findings have prompted a lot of interest in halting or slowing disease progression by attacking the complement cascade at numerous stages. Much remains to be learned about the optimal timing and intensity of use of complement inhibitors and their efficacy and safety in the treatment of patients with IgAN. 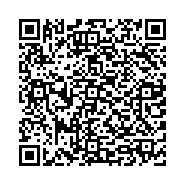