Heavy metals and endometriosis: what are the effects on reproductive-age women?

A new study looked at the possible effect of exposure to four heavy metals on the risk of endometriosis, a painful and sometimes disabling condition that can lead to infertility. It affects up to a tenth of reproductive-age women. The current study focuses on lead, arsenic, cadmium, and mercury, all of which have been linked to the disordered functioning of the human reproductive system. Some associations include menstrual disorders, adverse pregnancy outcomes, DNA damage and mitochondrial dysfunction, and higher breast and endometrial cancer risk. They are therefore considered endocrine-disrupting metals.

Endometriosis is a disorder in which stromal and glandular endometrial cells proliferate and secrete in clusters at ectopic sites outside the uterine cavity. Endometriosis can manifest as bleeding into the pelvis, secondary dysmenorrhea, chronic pelvic discomfort, infertility, and dyspareunia because endometrial tissue is characterised by cyclical shedding and regeneration, commonly known as menstruation. To explain its origin, a number of theories have been put forth, including ectopic implantation of shed endometrium, the spread of endometrial tissue by blood and lymphatic vessels, endocrine abnormalities, coelomic metaplasia, immunologic abnormalities, heredity, environmental factors, and many others. Most instances continue to be unsolved.

The impact of heavy metals on the risk of endometriosis has recently been the subject of numerous investigations. These metals are by products of industrial processes and could pollute both food and the air. They may get into people's bodies by inhalation, food, water, or skin absorption [1,2].

These metals may accumulate, leading to an increase in free radicals that would promote oxidative stress on tissues while reducing antioxidant function. This includes potential changes in gene expression as well as oxidative damage to protein and lipid components. Since several of these metals affect the synthesis of female reproductive hormones and may cause metabolic disorders, the results could include negative effects on neurologic and reproductive function.

What did the research find?

The typical patient age was 31 years old, and their BMI was around 21. In more than a third of the instances, passive smoking was a prior event. In order to better understand how heavy metals increase the risk of this illness; the researchers applied a new analytical technique after gathering the data.

The raw risk of endometriosis increased five times from the lowest to the highest tertile for blood arsenic levels. With cadmium and lead, the increase was three times higher; with mercury, it was 13 times higher. From the lowest to the highest tertile of exposure, the adjusted odds for endometriosis risk in follicular fluid increased by >two times for arsenic and mercury and by >three times for cadmium. Lead in follicular fluid was not associated, while medium lead exposure was associated with a doubling of risk in comparison to the lowexposure group.

What are the consequences?

All four metals reported here were linked to higher endometriosis incidence in Chinese women. Exposure may be mediated by estradiol, acting via estrogen receptors that promote endometrial cell proliferation. Another mechanism might be via the oxidative stress induced by these metals [5]. Mercury also shows physiologic estrogenic effects, but lead may have anti-estrogenic action. 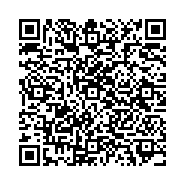