Mutational changes makes the cells in the prostate gland undergo uncontrollable cell divisions, due to which the gland increases size, this leads to the benign prostate hyperplasia (BPH). Every organ in the human body consists of few common cells, similarly prostate gland also comprises of few cell types like luminal and basal epithelial cells, neuroendocrine cells, fibroblasts, lymphocytes, macrophage and endothelial cells. Each cell has its own function based on the gene expression. Sometimes the cells also perform functions of other neighbouring cells via intercellular communication, this specific functions and intercellular communication makes any tissue stabilised and balanced that is tissue homeostasis, which is lacking in the cancer tissues.

Bulk analysis of the extracted cells provided interesting points, but their pivot was still on cell tissues rather than individual cells. Using an alternative approach, map of gene expression in human prostate cancer samples by spatial transcriptomics but the resolution was not yet at the single-cell level. The single-cell research combining FACS with single-cell RNA sequencing (scRNA-seq) showed the phenotype of the different cell types in human and marine prostates [1-3].

The next generation of experiments is now targeting to unveil the effects of interactions of the prostate and prostate cancer cells. Karthaus et al. have elegantly analysed the effects of castration and androgen repletion on mouse anterior prostates. The high number of non- epithelial clusters illustrates the high complexity of the stromal compartment. Clusters of luminal prostate cells, which were confirmed by the luminal markers CD24a, KRT8 and KRT18 and are thought to be the predominant cells of origin of prostate cancer, fell into three subsets (L1 to L3). Subsequently, the researchers provide cellular catalogues of mouse prostates under androgen deprivation, as well as of the cells that are responsible for tissue regeneration after androgen treatment of castrated mice. The combination with IHC revealed that the androgen responses of a luminal cell highly depend on its location in the organ: proximal cells (L2) are less responsive than the more abundant distal luminal cells (L1) but both have regenerative capacities. Another striking finding concerns the expression of ligands and receptors. The single-cell analysis clearly shows which mesenchymal cells respond to androgens by expressing the growth factors neuregulin 2, insulin-like growth factor, fibroblast growth factor 10 and r-spondin 3, as well as which luminal cells express the corresponding receptors. Although the role of such cell– cell circuitsin prostate homeostasis and prostate cancer was known from early organ reconstitution experiments, Karthaus et al. make the jump to the cellular level and also confirm their findings in organoid cultures from human and mouse prostates. Finally, the researchers report the single cell analysis of eight samples of human prostate specimens, four of which were obtained from patients treated with androgen deprivation therapy (apalutamide, abiraterone or leuprolide) [4,5].

A new study describes the effects of androgen status on the different cell types in mouse and human prostates, illustrating the potential of single-cell RNA sequencing to study specific biological processes in unprecedented detail. Translating these new insights into clinical use will increase precision and personalization of prostate cancer treatment. 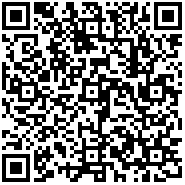