Gut microbiota are known to affect vaccine response as several studies have now demonstrated [1-6]. Imbalanced flora is associated with systemic inflammation and blunted immune response to vaccination [7-8]. Poor sanitation is associated with vaccine failure in the developing world due to imbalanced flora, also associated with rampant child growth stunting which includes cognitive deficits [9]. Probiotic vaccine adjuvants are in development. Moreover, evidence of the reciprocal relationship between microbiota and host immune system is perhaps the most exciting area of scientific research today. Indeed, this area of science is said to hold potential to change the face of modern medicine.

There are currently no published studies about how microbiota may also be associated with adverse reactions to vaccination. Our central hypothesis is that gut microbiota have a significant effect on host response to vaccination where a reduced or absent population of commensal flora coupled with an overgrowth of pathogenic strains may become a microbial predisposition to adverse vaccine reaction. This may include reduced or absents protective microbiota such as Bifidobacteria, Lactobacillus and butyrate-producing Clostridia allowing immune dysregulating Bacteroides and Proteobacteria to be overgrown.

Gut microbiota are now one of the recognized origins of autoimmunity [10] and hyperactive immune response. The gutbrain axis [11] is a well-studied phenomenon where connection includes the vagus nerve, blood-brain barrier and lymphatic system, possibly including the brain’s newly discovered glymphatic system. Indeed, the large majority of the host immune system resides in the intestines. Yet current CDC vaccine protocol beginning within 12 hours of birth does not factor gut microbiota as crucial to immune response.

Another consideration rapidly gaining acceptance is fetal colonization of microbiota [12,13] a matter of vertical transmission which appears crucial to microbial predisposition. Gut microbiota assembly has been studied as based on gestational age [14]. Might this explain increased risk of adverse vaccine reaction in preterm infants [15] based on an immature microbiome?

Two additional factors affecting differences in gut microbial balance are race and sex. A recent Mayo Clinic study found that African Americans respond to rubella vaccine with twice the antibodies compared to other populations [16]. Meanwhile, there is great disparity in disease risk based on sex while studies reveal differences in male vs. female microbiota [17].

Gnotobiotic (Gn) animal models provide a unique tool to study the effect of gut microbiota on host responses to vaccines [1]. The Yuan Laboratory at Virginia-Maryland College of Veterinary Medicine has developed a Gn pig model which closely mimics human infants. This model had been used to study the effects of probiotics on the gut microbiome composition during human rotavirus (HRV) infection, and the immune responses to HRV vaccine. Human gut microbiome (HGM) transplantation into Gn pigs has been demonstrated to result in a pig microbiome similar to that of the human infant donor. Gn pig models have also been developed to research gut dysbiosis leading to altered immune response to HRV vaccination [18-24].

Like humans, pigs are monogastrics and are physiologically, anatomically, and immunologically similar to humans, hence their projected use for organ transplants [25]. The immune system of the pig closely resembles that of humans, thus, the pig provides a unique animal model for the study of the role of gut microbiome and specific bacteria related to vaccine adverse effects.

The Yuan Lab has developed Gn pig models representing HGM as healthy (HHGM) and unhealthy (UHGM) [18]. They found that vaccinated UHMG pigs had higher viral shedding titres and more severe clinical signs compared to HHGM pigs after virulent HRV challenge. In another study, they found that Lactobacillus partially prevented intestinal injury caused by HRV, ameliorating rotavirus diarrhea. Such studies clearly demonstrate the protective nature of commensal flora and that differences in immune responses and clinical disease are due to the influence of microbial differences.

There is potential for future research using Gn pigs to test childhood vaccines such as Hepatits B vaccine, currently administered within 12 hours of birth per CDC schedule, under different microbial predispositions such as:

3) Reduced or absent Bifidobacteria and Lactobacillus

Various biomarkers of inflammatory response and gut barrier function post-vaccination may be associated with the different abundances of specific bacterial species. Biomarkers to be included are glutamate, nitric oxide and serotonin associated with excitotoxicity and possibly biomarkers in CNS demyelinating diseases. A panel of 7 cytokines, IL-1β, IL-6, IL- 12, IL-17, IFN-γ, TNF-α, TGF-β in serum and spinal fluid will be determined [26].

Such studies may demonstrate how an “unhealthy,” imbalanced microbiome contributes to adverse vaccine reaction. And also how “healthy” microbiota may be protective against injury. Future research may also examine flora shift via immune response to vaccination, i.e., raised gram-negative bacteria known to occur via cholera vaccine [27].

It is possible that the proposed study would suggest stool and meconium microbial 16S rRNA testing be used pre-vaccination in order to determine microbial diversity and potentially assess risk of adverse vaccine reaction. 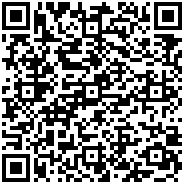