Diabetic macular edema and its association to systemic risk factors in an urban north Indian population.

Diabetic macular edema occurs due to the retinal micro vascular changes which in turn compromise the blood retinal barrier, causing leakage of plasma constituents into the surrounding retinal tissue leading to retinal edema. There is also loss of pericytes and endothelial cell junction dysfunction which leads to extravasation of fluid and results in edema. Diabetic macular edema was earlier defined as retinal thickening within 2-disc diameters of the centre of the macula [1].

Its prevalence has been reported to follow a varying range in different studies. It affects central vision from the early stages of retinopathy, and it is the most frequent sight-threatening complication of diabetic retinopathy, particularly in older type 2 diabetic patients. The role of diabetic macular edema in vision loss of diabetic patients and its occurrence in the evolution of the retinal disease are being increasingly recognized [2]. Diabetic Macular Edema (DME) is one of the leading causes of blindness in the diabetic population.

Early Treatment of Diabetic Retinopathy Study (ETDRS) have categorised the severity of macular edema and the term Clinically Significant Macular Edema (CSME) has been defined for treatment guidelines. CSME is defined as any detectable retinal thickening due to fluid accumulation (ETDRS report). The edema over the macula may start as a focal lesion, which later progresses to a more diffuse state. Cystoid cavities are formed due to persistent retinal edema which may result in Muller cell necrosis. These cystoid cavities are located in the outer layer of retina (Henle’s fibre and outer plexiform layer), and sometimes also in the inner plexiform layer.

Several central cysts merging together forming large hyporeflective cavity which contribute to significant thickening of the fovea is commonly seen in well-established long standing cases of macular edema. The main characteristics of macular oedema in OCT, apart from increased retinal thickness, disintegration of the layered retinal structure, include intraretinal spaces of reduced reflectivity and usually also flattening of the central foveal depression. In some cases fluid can be seen under the neurosensory retina. OCT tomograms can also reveal hard exudates and haemorrhages.

Diabetic macular edema may be classified based on Optical Coherence Tomography (OCT) measurements. Using OCT, DME can be classified into four main types [3] presented as follows:

In planning the needs and entering the cases associated with treatment modalities, it is important to ascertain an accurate estimate of the magnitude of and risk factors for diabetic macular edema in a setting, so with this in mind, the present study was undertaken.

In the backdrop of these associations of systemic risk factors with diabetic macular edema, we decided to study this in further detail.

This cross-sectional observational study was done over the duration of 18 months in a tertiary care hospital of North India, where 600 eyes of 300 patients were observed following the exclusion criteria. The study population included pre-diagnosed cases of diabetes mellitus type II with diabetic retinopathy between the age group of 30-70 years. The exclusion criteria for the study was patients suffering from any other macular pathology, opaque or hazy ocular media which would prevent fundus visualisation.

A detailed history including age of the patient, duration &course of diabetes, smoking and if the patient is on oral hypoglycaemics or insulin was obtained. General physical examination was performed, which included the measurement of the blood pressure, body mass index calculation, followed by biochemical evaluation of blood sugar (fasting and PP), HbA1c, lipid profile, renal function tests (blood urea and serum creatinine) and urine examination (sugar and albumin).

The biochemical evaluation was done by obtaining 2 mL of blood sample from the patient in a sterile vial and sent to the Department of Biochemistry. All the biochemical assessments were done using an Autoanalyzer. Thorough ocular evaluation was done on all selected patients both clinically as well as with the help of diagnostic instruments. Both Uncorrected and best corrected visual acuity was recorded using a Snellen’s chart. Anterior segment evaluation was done using diffuse light and slit lamp examination to look for any other ocular disease or ocular surgery. Fundus examination was performed by Direct Ophthalmoscopy, Indirect Ophthalmoscopy and +90D lenses. The intraocular pressure was measured using an applanation tonometer. Optical coherence tomography was performed using Cirrus 500 machine manufactured by Carl-Zeiss, Germany to measure the macular thickness. Using the retinal thickness map analysis protocol, macular thickness was determined and compared with normative data. Signs of macular edema were noted for confirmation of diagnosis. It consists of a macular cube 512 × 128 (vertical × horizontal) axial scans covering an area of 6 × 6 mm in the macular region. The macula was divided into 3 concentric circles centered at the fovea. This division is a superimposition of the ETDRS map over the OCT map of the macula. It consists of 3 zones; the fovea (less than 1 mm diameter), the inner macula (1 to 3 mm) and the outer macula (3 to 6 mm).

The data was analysed using Statistical Package for Social Sciences, version 15.0. For, categorical data Chi-square test was used whereas continuous data was analysed using ANOVA and student T-test. Multivariate assessment was done using logistic regression. The confidence level of the study was kept at 95% and hence a P-value less than 0.05 indicated a statistically significant association.

The research followed the tenets of Declaration of Helsinki; IRB approval and informed consents were obtained after explanation of the study. The institutional review board of the College approved the study.

This cross-sectional study was carried out on 300 (600 eyes) prediagnosed cases of diabetes with diabetic retinopathy in age group of 30-70 year were enrolled. 300 patients who were prediagnosed diabetics were enrolled in this study. The patients were from the age of 30 to 70 years. The cases having any confounding factors such as macular pathology, opaque/hazy ocular media preventing fundus visualization and co-existing ocular disorders likely to mask the findings of diabetic macular edema were not included in the assessment. Thorough demographic, general, biochemical and ocular evaluation was done in all the cases. History and clinical status of disease was noted. Majority of patients enrolled in the study were males (52%). The male to female ratio of the study patient’s was 1.08:1. A total of 87 eyes had diabetic macular edema. Out of these, majority (59.8%) had diffuse retinal thickening. Cystoid macular edema was seen in 21.8% and serous retinal detachment in 18.4% (Table 1).

Table 1: Distribution of patients according to Patterns of DME (EDTR) (n=87)

On looking for association between the patterns of diabetic macular edema with various systemic risk factors it was found that cystoid macular edema was significantly associated with females and patients with hypertriglyceridemia. 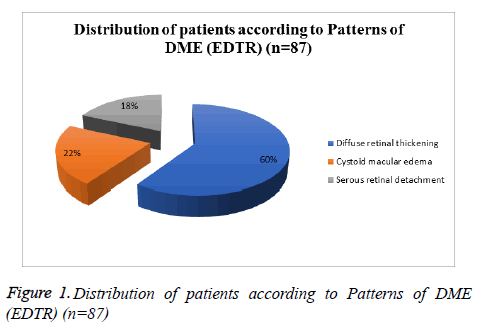 Figure 1: Distribution of patients according to Patterns of DME (EDTR) (n=87)

The present study was bound by a sampling frame where only those patients aged 30-70 years were included and within this sampling frame, we found that in the age group of 40-50 years, 47.4% were in the group of cystoid macular edema. Among patients of 50-60 years, 57.7% showed diffuse retinal thickening and 56.3% had serous retinal detachment (p=0.569).

A total of 145 (48.3%) patients were on Oral Hypoglycemic Agents (OHAs), 120 (40%) were on insulin. Amongst the cases on oral hyperglycemic agents 75% showed serous retinal detachment. The cases on insulin, 63.2% had a positive correlation with cystoid macular edema (p=0.003).

The proportion of those with uncontrolled diabetes was relatively much higher with 84.3% patients having HbA1c levels >8.5% (p=0.441). Similar to results of present study, Raman et al. [4] also observed that those taking OHAs comprised the maximum proportion of their DR population. In another study, Raman et al. [4] reported that higher HbA1c levels are associated with a higher risk of DR. In this study HbA1c levels >8.5%, 52.6% had cystoid macular edema. While levels between 7.1% to 8.5% had positive correlation to diffuse retinal thickening 46.2% and serous retinal detachment 56.3% (p=0.441).

In present study, 26% patients were smokers and 15% patients had a positive family history. Of these patients, 67.3% had diffuse retinal thickening, 73.7% had cystoid macular edema and 25% had serous retinal detachment (p=0.004).

More than half (53.3%) patients were overweight or obese , 55.8% of overweight patients had positive correlation with diffuse retinal thickening, 42.1% had cystoid macular edema and 50% had serous retinal detachment (p=0.022).

Among lipid abnormalities, triglyceridemia was most common, seen in 65% patients and showed a positive correlation of 63.2% to cystoid macular edema (p=0.001). All these factors are commonly associated with lifestyle disorders and are referred to as the metabolic syndrome factors. The association between metabolic syndrome and diabetic retinopathy has been shown in several case series [5-7] and findings of the present study reendorse them.

In present study, blood urea was above normal level in 15%, where 57.7% patients in this study showed a positive correlation to diffuse retinal thickening (p=0.006) (Table 2).

The present study was limited to study of diabetic macular edema and its patterns in a highly specific risk group of diabetic retinopathy patients. It would be interesting to understand the patterns of DME in relation to different risk factors in diabetic patients without retinopathy or even in nondiabetic patients. Further studies on this aspect are warranted in order to highlight the relevance and importance of lifestyle factors in a non-diabetic or non-diabetic retinopathy population too.

Diabetic Macular Edema (DME) is one of the leading causes of blindness and is a known progressive complication among patients with diabetic retinopathy Owing to severe vision threatening consequences associated with diabetic macular edema, it is a major cause of concern.

On looking at the pattern of DME amongst DR patients; we observed that of all the DME patients, majority (59.8%) had diffuse retinal thickening. Cystoid macular edema was seen in 19 (21.8%) and serous retinal detachment in 16 eyes (18.4%). Similar to results of present study, diffuse retinal thickening was found to be the major finding in other studies too. The prevalence of serous retinal detachment in present study was also in accordance with other series where it varied from 15% to 31%, 93-96. However, prevalence of cystoid macular edema was slightly lower in present study as compared to the finding of Otani et al. [12] 94 who reported it to be prevalent in 47% of patients. One of the reason for these differences in pattern findings of present study to that of others could be attributed to the fact that in present study we assigned only one pattern to an eye whereas in some other studies 94 more than one patterns were identified and reported from a single eye. However, in present study we considered only the dominating pattern.

No significant association of age and gender was observed by us with occurrence of macular edema. However, duration of diabetes, Post Prandial (PP) blood sugar levels, increased HbA1c levels, smoking, family history and increased blood pressure levels were significantly associated with an increased risk of DME. These observations are in agreement with the findings reported in other epidemiologic and metanalytical studies [13,14].

The correlation of various Optical Coherence Tomography (OCT) patterns of Diabetic Macular Edema (DME) was studied by Ghosh et al. Mean duration of diabetes was 8.7 ± 4.2 years. Mean serum globulin level was significantly higher (p=0.018) in serous compared to non-serous group. Prevalence of serous DME was significantly high in those with serum globulin level >3.5 gm/dl (prevalence ratio=3.01, p=0.040). Significant correlation of central macular thickness was observed with duration of diabetes (p=0.002, r=0.440).Visual acuity (logMAR) was correlated significantly with HbA1C (p=0.031, r=0.305). Increased serum globulin, a positive phase reactant of inflammation, was found significant independent risk factor for development of serous DME. This study did not identify any modifiable systemic factor for any of the OCT patterns in DME. DME also showed a significant association with blood urea and increased BMI levels in our study.