In the modern era of advanced civilization, industrial pollution is the major cause for most environmental diseases. This form of pollution is one of the major threats for global warming in all parts of the world. There are various forms of industrial pollution. Industrial pollution does have a negative impact on the quality of air and it can also enter in the soil to cause a widespread of environmental problems. The major activities in industries are based on the source of air, water and land. Pollution in natural resources leads to illness and loss of life across the globe. The World Health Organization (WHO) estimated that the pollution in the outdoor air alone contributes around 2% of diseases associated with the improper functioning of heart and lungs and it was also estimated that about 5% cancer in lungs and 1% of infections in chest were due to pollution. The microorganism, Geobacter sulfurreducens belong to the genus of proteobacteria. The species of Geobacter are characterized by the anaerobic respiration of bacterial species which are capable of making their usage in the process of bioremediation. Geobacter sulfurreducens are capable of creating biofilms as a thick network on the anodes of cells with a microbial fuel for processing the mechanism of extracellular electron transfer. The production of electric currents is applicable when the transfer of electrons migrates to anodes and coupled with the intracellular organic waste. The most up-regulated genes, omics, were required for the reduction of Fe (III) and Mn (IV) oxide. The microbe, Geobacter sulfurreducens is rod-shaped with a gram-negative cell wall. Geobacter is also known as a type of bacteria to analyze the level of conductivity in enhancing flow of electricity and the species of G. sulfurreducens is also known as “electricigens” because of their ability to create an electric current and produce electricity. Geobacter sulfurreducens is an anaerobic species of bacteria and it belongs to the bacterial family of Geobacteraceae. The genus “Geobacter” was discovered by Dr. Derek R. Lovely in 1987. The microbe G. sulfurreducens was first isolated in Norman, Oklahoma, USA from the materials found around the surface of contaminated sewage. On the basis of bioinformatics, initially the sequence of the protein omics was obtained in FASTA format using UNIPROT. Then, the FASTA sequence of omics gene was uploaded in Galaxy Seok lab to identify parameters associated with the mechanism of protein threading. Then, the threading based protein modeling server called I-TASSER (Iterative Threading Assembly Refinement-A bioinformatics method for predicting 3D structure model of protein molecules from amino acid sequences) was utilized to model the protein on the basis of the threading mechanism. I-TASSER detects structure templates from the crystal structures deposited in the Protein Data Bank by a machine learning based pattern matching technique called fold recognition (threading). The primary function of I-TASSER is to identify the structural templates from the PDB by the approach of multiple threading with the construction of a full-length atomic model by the iterative assemblies of template-based fragments through simulations. The functional insights of the targets are then derived by the concept of re-threading the 3D models through the functional database of the protein called BioLiP. Initially, the protein sequences were downloaded in FASTA format from Uniprot database and uploaded in the I-TASSER server. Then the physicochemical properties of primary structure i.e. The presence of the α-carbon atom in all amino acids along with the exception of the single amino acid i.e. glycine. As a result, all of the known amino acids except glycine can exist in two different spatial or geometric arrangements called as optical isomers (mirror images to the right and left direction) and these isomers also exhibit the property of optical rotation (rotation of the plane of polarized light composed of light waves that vibrate in one plane, or a direction) along with the presence of helix, sheets, turns and coils in secondary structures. The tertiary structure of proteins is the combination of two or more secondary structure and finally the quaternary structure i.e. the presence of a prosthetic group along with the tertiary structure of the protein were analyzed by the industrial technology along with the usage of a dizzying array of chemicals to keep the modern life humming. These chemicals, after fulfilling their roles in the production, end up accumulating in the atmosphere. One of the main problems is that there is a lack of public awareness with respect to the pollution. The nature of the growing industrial pollution is never limited to developed nations. Industrialization contributes to a major part for the economic development and prosperity of a country. The emergence of great factories and increase in consumption gave rise to the increase of unprecedented pollution and large volume of industrial discharges by adding load to the untreated human waste and hence there comes the realization of growing awareness of factory pollution across the globe. These aspects also highlight a growing issue i.e. the desire of developing nations to achieve first class in the world’s standard of living and production. 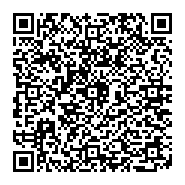