Complications of undernutrition and infection.

Malnutrition and infection have historically been closely related. Worldwide, immunodeficiency is mostly caused by malnutrition, and we are constantly learning more about the pathophysiology of this relationship. More over half of all deaths in children under the age of five are caused by five infectious diseases, the majority of whom are malnourished. Poor growth, diminished intelligence, higher mortality, and increased susceptibility to infection are just a few of the negative outcomes of micronutrient deficiencies. The prevalence of parasite infection is really widespread. Malnutrition and parasite infestation should both be addressed because it is known that parasites can cause starvation, but it is unknown to what extent malnutrition increases parasite infection. Pregnancy-related nutritional deficits are linked to a weakened immunological response to infection. Breastfeeding is the single best approach to protect babies from infection since it partially makes up for this immune weakness. Malnutrition and nutritional changes, which are frequent side effects of HIV infection, include problems with food intake, nutrient absorption, and intermediate metabolism. These conditions contribute significantly and independently to morbidity and mortality.

Around 826 million people worldwide are undernourished, including 34 million in wealthy countries and 792 million in developing countries. Others have come to the conclusion that even this statistic is a major understatement, particularly with the introduction of HIV/AIDS, whereas John Mason and colleagues suggested that 32% of the world illness load could be reduced by eradicating hunger. Food scarcity is not always the root cause of under nutrition, and poor communities are not the only ones who experience it. Malnourished people exist in wealthy countries as well. For instance, up to 15% of ambulatory outpatients, 25%–60% of patients needing long-term care, and 35%–65% of hospitalised patients in the United States are undernourished. Immunodeficiency is primarily brought on by malnutrition, and the most vulnerable populations include infants, kids, teenagers, and the elderly. Due to underweight, weak, and susceptibility to infections in children due to epithelial integrity and inflammation, malnutrition and infection have a substantial correlation with infant mortality [1].

Little was understood about the connection between nutrition and infection in the 1950s. Up until that point, it was thought that protein insufficiency, rather than calorie deficiency in general, was the main cause of nutritional issues because newborns and young children's immune system development and production of antibodies were directly correlated. After then, the emphasis shifted to energy, with the idea that if a person ingested enough kilocalories of energy, all of their nutrient demands would be satisfied. Research on the relationship between nutrition, immunity, and infection expanded after 1959 thanks to Keusch's work, which revealed widespread, synergistic, antagonistic, and cyclical relationships between starvation and infection. This work was based on work done in Central America, Mexico, Chile, and South Africa. This indicated the need for a twofold attack [2].

Relation among malnutrition and infection

Malnutrition increases the risk of illness, and infection increases the risk of malnutrition, creating a vicious cycle. Weight loss, reduced immunity, mucosal injury, pathogen invasion, and impeded growth and development in children are all consequences of insufficient food intake. Diarrhea, malabsorption, anorexia, loss of appetite, diverting resources for the immune response, and urine nitrogen loss all worsen a sick person's nutritional status, resulting in nutrient losses and additional harm to defence mechanisms. Reduced nutritional intake results from these in turn. Additionally, fever raises the need for both energy and micronutrients. For instance, the fatality rates of influenza and malaria are inversely correlated with starvation levels. Malnutrition and illness have many root causes that work at various levels. The availability of food in the home, one's own health, access to healthcare, and the psychosocial care environment are the causes [3]. The types of services offered and the accessibility of healthcare are both parts of the primary health care infrastructure that is now in place.

The scope of parasite infection is immense. One billion individuals have soil-transmitted helminth infections, 200 million have schistosome infections, and 400 million schoolaged children have a variety of other intestinal parasite infections. One worm may lay on average 20,000 eggs every day, and humans can host up to 200 distinct species of parasites. Parasites harm a child's health, as is clearly shown by the facts. Children who are in school-age and have helminth infections have cognitive abnormalities. Iron-deficiency anaemia and a considerable loss of micronutrients are linked to a number of worm diseases, including hookworm, schistosomes, and Giardia. Blood loss can reach 45 mL per day, or 9.9 milligrammes of iron, in extreme cases. Children who are parasite-free have higher nutritional condition, grow quicker, learn more, and are less likely to contract diseases [4].

Pregnancy-related nutritional inadequacies may cause imbalances between the synthesis of antioxidants, which scavenge free radicals, and free oxygen radicals, which are linked to a weakened immunological response to infection. Breastfeeding helps to somewhat compensate for this immunological deficit.Large concentrations of lysozymesecreting macrophages, T and B lymphocytes that release IFN-, migration inhibitory factors, monocyte chemotactic factors, and secretory IgA can all be found in breast milk. All of these boost the immune system's natural defences. As a result, breast milk actively strengthens the immune system by transferring cells and antibodies [5].

The 21st century will see advances in mass immunisation, the discovery and better understanding of newer cytokines in the regulation of nutritional status and immune activation, more real-time noninvasive sampling techniques, such as saliva or urine tests for analysis, gene sequencing, and proteomics to examine individual susceptibilities. It could be able to pinpoint the precise processes by which certain foods influence the immune system in order to regulate and activate immunological pathways. In the past, food production increased with population, but in the present, politics and redistribution are more responsible for hunger and malnutrition than production or natural disaster. In both wealthy and underdeveloped countries, infection is inextricably linked to diet. A population that is healthier, more disease-free, and better-nourished should emerge as a result of new technologies and political developments. 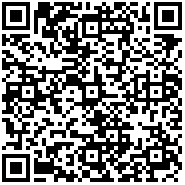