Purpose: To compare intraocular pressure (IOP) readings and postoperative inflammation between 2 corticosteroid drops: difluprednate (DP) ophthalmic emulsion 0.05% and prednisolone acetate (PA) 1.0% after uneventful cataract surgery. Patients and methods: randomized, controlled study of 343 patients undergoing uneventful cataract surgery in one eye. Randomization was used to allocate patients to either group: receive prednisolone acetate 1% five times daily or difluprednate 0.05% four times daily for 14 days post-surgery, then tapered over 14 days. Intraocular pressure was measured preoperative, 1st day, 1st week, and one month postoperative. Also, ocular inflammation was monitored in the form of anterior chamber (AC) flare, AC cells, corneal edema and conjunctival congestion. Results: No statistically significant difference in IOP between both groups was detected on postoperative first day and after one month. Yet there was statistically significant difference after first and second week of treatment with higher levels in the difluprednate group. As for ocular inflammation all signs resolved by the end of a month postoperative with no significant difference between both groups. Conclusion: There was significant increased intraocular pressure in the difluprednate group than in the prednisolone acetate group which might be attributed to the increased dosing and duration of use of difluprednate.

Topical ocular corticosteroids has been the main stay after intraocular surgery [1] as they suppress ocular inflammation and help improve visual outcomes [2,3]. Postoperative inflammation is a natural result of tissue injury and corticosteroids acts by inhibiting the production of both leukotriene’s and prostaglandins [4].

Despite their importance in management of inflammation and speeding up recovery, side effects are inevitable [5,6]. The most dreaded complication is increased intraocular pressure especially steroid responders who constitute 5% of population [7].

Difluprednate ophthalmic emulsion 0.05% is a recently available topical ocular corticosteroid that was approved in 2008 initially for treatment of inflammation and pain that develops with ocular surgery, and for management of endogenous anterior uveitis [9]. Difluprednate is a prednisolone acetate derivative [10] that is strengthened by two fluorinations at carbons 6 and 9 thus enhancing its potency, a butyrate group at carbon 17 adding anti-inflammatory activity, and an acetic acid group at carbon 21 to increase penetration [11].

Difluprednate 0.05% was reported to be effective at decreasing inflammation and pain in postoperative ocular surgery patients [12,13].

This is a prospective randomized case controlled study of 343 patients undergoing phacoemulsification in Sohag University Hospital, Sohag, Egypt between January-June 2018. The study protocol was approved by the ethical committee of Sohag Faculty of Medicine with informed written consent being obtained from all patients. Exclusion criteria included: history of glaucoma or ocular hypertension in the study eye, previous history of steroid-related intraocular pressure (IOP) increase, or at the time of recruiting had an IOP>24 mmHg in the operated eye; previous ocular surgery; history of uveitis; intraoperative complications as posterior capsule rupture and diabetic patients. Patients were subjected to routine ophthalmological examination: visual acuity assessment, slit lamp examination, ICare tonometer was used for intraocular pressure measurement after being calibrated.

During follow up period, doses and method of administration of steroids drops were adjusted if the treating physician detected that treatment response was inadequate or hazardous at any time point.

Follow-up visits were every week for 4 weeks. The study was in compliance with the tenets of the Helsinki's Declaration, and informed consent was obtained from all study patients.

Descriptive statistics was used for characteristics of both groups. Differences between the 2 groups were assessed with sample t tests and chi-square or Fisher exact tests for personbased measures. Statistical Analysis Software version (SPSS) 9.4 was used for all statistical analyses.

This prospective randomized study included 343 patients (178 males and 165 females) with a mean age of 48 ± 7.3 years (range: 42-65). The PA group included 169 eyes while DP group included 174 eyes. There was no statistically significant difference between both groups as regards age, sex and preoperative IOP (Tables 2 and 3 and Figure 1).

There was no statistically significant difference in IOP between both groups on postoperative first day and after one month. Yet there was statistically significant difference after first and second week of treatment (Table 3). The total number of patients in PA and DP group who showed significant change in IOP was: 7 (4.14%) and 14 (8%) patients respectively which was statistically significantly different. On 1st week follow up of both groups 4 eyes (2.4%) in the PA group and 7 eyes (4%) in the DP group showed a 6mmHg increase in IOP higher than preoperatively. The IOP increase percentage in the first week in the PA and DP group was 10% and 12% respectively which showed significant difference (p=0.05). On the other hand, 2 eyes (1.2%) in the PA group and 5 eyes (2.9%) in the DP group had an IOP increase higher than 21 mm Hg. In cases of increase IOP 26 mmHg and below, the steroid eye drops were stopped and substituted with NSAID eye drops twice daily and followed day after day until stabilization of IOP. Three eyes developed increase IOP>30mmHg; one eye in PA group and 2 in DP group: anti-glaucoma eye drop was added (dorzolamide and timolol 0.5% combination) twice daily until IOP was normalized. None of these patients developed permanent glaucomatous optic neuropathy.

In our comparative study, we aimed to report corticosteroid induced glaucoma and persistence of post-operative inflammation after the use of one of two eye drops which are: the most commonly used Prednisolone Acetate 1% and the newer Difluprednate 0.05% eye drop. Difluprednate ophthalmic emulsion 0.05% (DFBA) (Diflustero, Orchidia, Egypt) is a recent medication used in the treatment of postoperative inflammation [15]. It was FDA approved in July 2008 for the treatment of inflammation and pain post ocular surgery. DFBA is different from PA in its chemical structure which allows 56 times increased receptor-binding affinity to glucocorticoid receptors [10] resulting in increased antiinflammatory capacity, and increased tissue penetration [11].

Corticosteroid-induced ocular hypertension has multiple definitions. Becker [16] used an IOP of 31mmHg as the cutoff value for stopping the use of betamethasone. While Armaly [17] classified IOP steroid response increase into 3 groups: low (≤ 5 mmHg), intermediate (6 to 15 mm Hg), and high (≥ 16 mmHg) with 6 mmHg as the lower limit of a clinically significant response. On the other hand, Stewart et al. [18] proposed a significant would be ≥ 10 mmHg. In our study difluprednate group showed greater number of eyes with increased IOP either 6mmHg above the preoperative pressure or even eyes above 30 mmHg. In 2014, Jeng et al. [19] carried out a retrospective review of treatments after vitroretinal surgeries and found that eyes that received difluprednate were at a higher risk of developing a clinically significant increase in IOP than eyes receiving with prednisolone acetate.

Patients who have an excessive amount of postoperative inflammation would benefit more from difluprednate use [20]. In 1990, Eisen et al. [21] reported that less complicated dosing regimens result in better adherence. Yet the difluprednate group did not show superior results to the prednisolone group. In ophthalmologic clinical practice, DFBA has been shown to be effective in reducing postoperative inflammation and decreasing corneal edema and retinal thickness [13-15,22]. However, reports have shown an increase in IOP when used after ophthalmologic surgery [19,23,24].

There is an ongoing debate as to what is the most effective postoperative treatment after cataract surgery. Kessel et al. [25] compared the use of non-steroidal anti-inflammatory drugs (NSAIDs) with the use of topical steroids in patients who had uneventful cataract surgery. They reported that topical NSAIDs were more effective in decreasing inflammation and postoperative cystoid macular edema with no differences in side events or visual results.

Our results showed that there was a significantly greater incidence of corticosteroid-induced IOP response in eyes receiving difluprednate than eyes treated with prednisolone acetate for postoperative inflammation after cataract surgery. 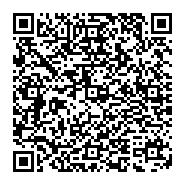