Aim: To compare the ocular status of leukemics with controls in two tertiary hospitals. This paper focuses more on refractive status as other ocular findings have been reported elsewhere in detail. Materials and Methods: Forty newly diagnosed Patients with Leukemia were recruited and compared with 40 age/sex matched controls (non-leukemics) (80 eyes in each arm). Ocular statuses, including refraction, were assessed.

Results: The leukemia was of both acute and chronic variety. Lymphoid, myeloid and bi-phenotypic expressions were seen. Cases presented with various forms of leukemic retinopathy, such as Retinal infiltrates, Roth Spots, perivascular sheathing, Retinal vascular tortuosity, intraretinal hemorrhages and cotton wool spots. None of these were found in controls 54(67.5%) eyes of cases had hypermetropia, (1+Diopter or more) as compared with only 6 of (7.5%) of controls. Patients with leukemia were twenty-five times more likely to develop hypermetropia (OR 25.6, 95% CI 9.8-66.5, p<0.0001). It is postulated this may be due to choroidal infiltration and thickening, with consequent hyperopic shift. Contrarily, there were thrice as many myopes in the control group.

Conclusion: This study suggests that hypermetropia is highly likely to develop in patients with leukemia patients and may serve as a marker of disease. A larger study to include axial length measurements, choroidal thickness and central retinal thickness may help to elucidate the mechanism of the hyperopic shift.

Leukemias are a malignant disorder of hematopoetic tissues characteristically associated with increased primitive white cells in the bone marrow [1].

However less documented and elucidated are the refractive changes that could occur as a result of posterior uveal tissue infiltration by the leukemic cells [8]. Choroidal infiltration is said to be the most consistent histologic finding in the eyes of patients with leukaemia [9]. Infiltration of the posterior uveal tissue can lead to varying degrees of choroidal thickening which can cause a hyperopic shift in the refractive state of the eye, as well as exudative retinal detachment. Refractive errors have been described as an ophthalmic finding in patients living with leukemia and are a leading cause of poor vision [10-12]. Omoti et al. reported a frequency of refractive error of 21.3% in a hospital-based study in Benin City, Nigeria [10].

This study aims to deduce the frequency and pattern of refractive errors in leukemic patients.

Ethical approval was obtained from the Lagos University Teaching Hospital LUTH Ethics and Research Committee and Lagos State Teaching Hospital LASUTH, with assigned number ADM/DCST/HREC/413 and approval dated from 4 April 2012 to 4 April 2013 adhering to the tenets of the Declaration of Helsinki. The study was a clinic based comparative multicenter study conducted at the Eye clinics of two large referral centers in the region between May and December 2012. Most cases of cancers (leukemia) are referred to these tertiary centers where the personnel and facilities for diagnosis and management are available. All newly diagnosed leukemia patients that were 16 years of age and above were recruited into the study after confirmation by bone marrow aspiration cytology (done at the Hematology clinics before referral to the eye clinic). Control subjects were age- and sex- matched with the cases, people who escorted patients to the eye clinics for ocular emergencies. The controls were not directly related to the cases, they underwent full blood tests and blood film to exclude bleeding abnormalities. Patients with systemic co-morbidities such as diabetes mellitus, hypertension, sickle cell disease, HIV/AIDS, lymphomas and other bleeding disorders like hemophilia were excluded from the study.

Demographic profile and clinical data from each individual in the study was statistically collated and analyzed with SPSS 17. Means were compared using the student t test, chi square, odds ratio and logistic regression were done to measure the strength of association using a p<0.05 as statistically significant.

About half 56% of the case subjects had normal vision (visual acuity ≥ 6/12). One-third had impairment of vision 39% (31) with Blindness (VA<3/60) occurring in 5% (4) (Table 1). Of the cases, four eyes had visual acuity<3/60 and were thus classified as blind. Three of these had leukemic retinopathy and one had a mature cataract. Of the controls, one eye was blind from mature cataract.

Table 1: Visual acuity of the cases and controls.

Distribution of refractive states is displayed in Table 2. It shows a preponderance of hypermetropia in leukemics relative to controls 67.5% vs. 7.5%.

Table 2: Distribution of refractive states of cases and control.

Table 3 compares posterior segment lesions in cases and controls. It shows that many leukemic patients have lesions characteristic of leukemia such as retinal infiltrates, Roth Spots, Perivascular sheathing and vascular tortuosity. These lesions were completely absent in the controls. On the contrary, there was no statistical difference in the occurrence of lesions not specific or characteristic of leukemia such as macular disease, optic atrophy, and glaucomatous cupping.

Commonly observed in the posterior segment of leukemics are the leukemic retinopathy and orbital infiltration. The sequelae may result in refractive errors which maybe a preceding manifestation of leukemia and has been said to be one of the major causes of poor vision in leukemic patients [10]. Correcting the errors may reduce morbidity associated with managing this condition.

Chronic leukemia was more prevalent in two third of cases than acute leukemia (Figure 1). This is consistent with previous reports [10,11] and in keeping with the natural prevalence pattern of leukemia [1]. Among the chronic cases seen, Chronic Myeloid Leukemia (CML) was more prevalent than Chronic lymphoid Leukemia (CLL) with a similar trend seen in a similar done in Eastern Nigeria 11 but different from another study in Mid-western Nigeria [10] where CLL was most prevalent, and also different from [13] where AML was most prevalent probably owing to better medical care in this more advanced area. Bi-phenotypic Leukemia (BPL) had the least frequency of 2.5%. The mechanism of hypermetropia in leukemics is unclear. It could have resulted from posterior uveal leukemic infiltration which causes the thickening of the choroid that subsequently moves the retina forward. This makes the patients more far sighted (hyperopic shift) due to shortening of the distance between the cornea/lens complex and the retina [8]. Further studies assessing the choroidal thickness, retinal thickness and axial length are needed to clarify this issue.

Limitations of this study

• As Refractive pattern was an incidental finding, axial length was not done in the patients. Further studies will be very useful

• Few numbers of other variants of leukemia did not allow for adequate comparison between the sub groups.

• Leukemia is not a common disease, hence the small sample size especially amongst the patients with acute leukemia.

Hypermetropia was a common ophthalmic finding in leukemics in this study. Sudden shift towards hypermetropia could be an early warning sign for the development of leukemia. All patients with Leukemia should have regular eye examination including full refraction to identify ocular refractive state amenable to correction.

Declaration of Conflict of Interests 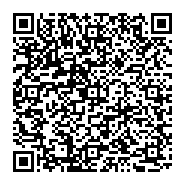