Blackleg is a common disease of well-nourished cattle worldwide, caused by Clostridium chauvoei a Gram-positive anaerobic bacterium. 2 years old, heifer was admitted to Veterinary Teaching Hospital with the chief complaint of inability to move and shivering. Up on physical examination the Heifer had characteristic emphysematous, on Trapezius muscles and lameness of the left side fore limb with crepitation sound. Based on the history and pathognomonic sign seen on the heifer Black leg was asserted tentatively. The disease was treated successfully with Procaine penicillin G. Thus, opportune treatment of black leg with appropriate drugs could cure the animals and reduce the economic losses of the disease early vaccination of the animal is the important techniques of control and prevention method of any diseases.

Blackleg, also known as black quarter, is a generally fatal form of myonecrosis usually observed in young cattle. It was caused by Clostridium chauvoei, gram positive, motile, histotoxic, and sporulating anaerobic bacterium. This infectious disease is acute and globally spread among ruminants, causing significant loss in livestock production. Although blackleg vaccination has been carried out since 1930, sporadic outbreaks are still recorded annually worldwide. In 1782, Chabert differentiated between blackleg and anthrax on the basis of symptomatic and pathological features. Blackleg is an infectious disease of cattle and rarely other ruminants, produced by Clostridium chauvoei, and characterized mainly by necrohemorrhagic myositis. C. chauvoei is an anaerobic, gram-positive bacillus that persists in the soil as resistant spores [1-4].

Upon germination in animal hosts, the bacteria produce potent exotoxins that cause local tissue damage and often lethal toxemia. The prevalence of many clostridia diseases of animals has decreased significantly given the use of readily available and efficacious vaccines. However, the ubiquitous distribution of C. chauvoei spores in the soil makes blackleg a continuous threat to unvaccinated cattle or animals vaccinated with poor-quality vaccines. Blackleg occurs most frequently in animals 6-24 months of age, and cases in animals outside that age range are very rare. Blackleg is one of the major bacterial infections causing tremendous economic losses to cattle herders in many parts of the country. The economic losses caused by the disease are mainly due to deaths, less milk production and reduction in working capacity of farm animals are the additional costs the disease wields on affected animals. The spores can remain in the soil for years in an inactive state, and return to their infectious form when consumed by grazing livestock. Most losses due to blackleg. Typically, cattle that have a high feed intake and are well conditioned tend to be most susceptible. Lesions develop without any history of wounds, although bruising or excessive exercise may precipitate disease in some cases. Blackleg seldom affects cattle older than 2 years of age, most likely due to immunity induced by vaccines or natural exposure. However, sporadic cases do occur in cattle older than 2 years and are often associated with the reuse of needles for multiple injections. It is also indicated blackleg to be a problem in cattle less than 4 months old that do not receive adequate passive immunity through colostrums. Focusing on the cattle disease, the current knowledge about the etiology, virulence factors, epidemiology, pathogenesis, diagnosis, and prevention of blackleg [5].

A 2-years old heifer was admitted to VTH, of College of Veterinary Medicine and Agriculture, of AAU, on November 17, 2018, with history of unable to eat, move properly, shows sign of lameness, and shivering. On clinical examination, the heifer was move slowly; Subcutaneous and muscle emphysema onfore quarters of trapezius muscle, and mucous membranes were congested, Dullness, swelling and crepitation sound on the shoulder areas. The body temperature, respiratory and heart rates were 41°C, 36 beat/minutes, and 84 bts/mts, respectively. Mobeli App (EDDiE) according to this application based on sign 41.79% cowdriosis, 36.46 Blackleg, 12.05% FMD, 4.96% Rabies and 4.15% Anthrax, Suspected. Suspection Blackleg disease based on the age and pathogonomonic sign, with its differential diagnosis gas gangrene, and anthrax [6].

Figure 1. A) A very crptative area black leg sicked heifer (arrows show) typical sign of cryptation and B) Lamness and Emphysematous of fore left limb on the last day of the treatmet.

Treatment and its prevention

Treatment given to heifer was Procaine penicillin (G) fortified at the dose of 22,000 IU/kg/bwt for 5 consecutive days and route of administration IM and its follow up: at the last fifth days of the treatment the heifer become bright (shiny) and very healthy as shown on the Figure 1 [7].

Black leg is worldwide in distribution. Well-nourished animals are more frequently affected. It is also more commonly seen in grass fed animals than in stall fed animals. Clostridia are soil-borne organisms which cause disease by releasing toxins. Specific antitoxin and antibiotics are rarely effective in the treatment of this disease. An adequate preventive vaccination program may be the most effective method in protecting the animals from black leg. The current case was asserted as black leg tentatively based on the history and clinical findings (symptomatic) which is similar with symptoms specified in literatures. Accordingly, marked lameness with pronounced swelling of the affected limbs, marked depression, anorexia, ruminal stasis, high pulse rate (100-120/min), high temperature (41°C), marked respiratory distress, emphysema and crepitation of affected heavy muscles are usual in acute form of black leg [8].

The present case was treated successfully with procaine penicillin G at 22,000 IU/kg for five successive days. The improvement was noted forty-eight hours post treatment which is in agreement with a case reported. Black leg is a cause of considerable losses in cattle production industries in terms of production loss and death of the animal. Although early intervention with appropriate drug could cure the animal, the better option to control the disease would be getting the animals vaccinated against black leg [9].

Blackleg is one of the major bacterial infections of cattle associated with tremendous economic losses to herders in many parts of Ethiopia. It is one of the easily curable and easily controlled while get good treatment and follow up at early stage with Procain penicillin fortified G, and controlled with vaccination. 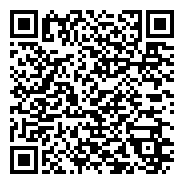