Bioprinting for the corneal stroma

According to the World Health Organization, trachoma causes corneal blindness in 10 million people worldwide, with another 4.9 million suffering from complete blindness as a result of corneal scarring. Even with a sufficient number of potential cornea donors, there is a significant gap between supply and demand for transplantable corneas. Because of the unmet clinical need for cornea donors, more effort is being put into the production of artificial corneal replacements, which must meet stringent requirements in order to behave like the natural cornea.

The cornea is the eye's protective outer layer, and it is responsible for the transmission and refraction of incident light waves, which the lens then focuses onto the retina. Its nearperfect spherical anterior surface, as well as the index of refraction change at the air/tear film interface, account for roughly 80% of the human eye's total refractive force. The potential to recapitulate the rotational symmetric curvature needed for optical refractive power is thus critical to the engineering system for functional corneal substitutes.

The corneal stroma's distinct arrangement of collagen lamellae is responsible for preserving the cornea's strength and shape. The corneal stroma is made up of between 200 and 250 lamellae that are arranged differently in its depth, with lamellae throughout the mid to posterior stroma lying in parallel and those in the anterior stroma intertwining. When using conventional tissue engineering approaches that focus on assembling corneal extracellular matrix (ECM) in vitro, the complexity of the corneal microstructure poses an ongoing challenge. As a result, in the sense of tissue engineering, the replication of human corneal geometry has yet to be completely realised.

The ability to create biosynthetic corneal models is useful for a variety of applications, and it has been achieved in recent years, for example, when corneal models were needed for characterizing corneal cellular regeneration and modelling corneal fibrosis. In these cases, corneal models were created using various techniques; the study plated human corneal fibroblasts (HCFs) onto six-well plates bearing porous polycarbonate membrane inserts that were left in culture for weeks, while used plastic contact lens moulds into which hybrid collagen hydrogels were inserted and cross-linked. The former method allowed for the development of a curved corneal surface onto which corneal epithelial cells could be seeded, cultured, and eventually implanted, while the latter relied on cell proliferation and ECM secretion to produce an in vitro 3D model that could be used to research corneal fibrosis reversal.

The ability to guide the hierarchical assembly of 3-dimensional biological structures for tissue construction has piqued interest in 3D bioprinting for tissue engineering applications. 3D bioprinting has allowed for the layer-by-layer deposition of biological materials in a specified pattern that corresponds to the anatomy of an organotypic model since its inception. This model is typically created from clinical images such as CT and MRI scans, and it is used to produce the basic printing paths that 3D bioprinting relies on. These are represented as a single G-code that can be automatically computed by 3D printing software at the resolutions defined by the print parameters. The ability to reproduce features like concavity, undercuts, and complicated patterns is thus determined by the complexity of two-dimensional figures like points, lines, and circles.

The final post-printing stage entails cell-mediated remodelling of the printed biological construct in the presence of appropriate physiological cues in order to ensure that it develops appropriate biomechanical, structural, and functional properties. The feasibility of producing complex 3D bioprinted corneal stroma equivalents using pneumatic 3D extrusion bioprinting was investigated in this report. The printed constructs were anatomically similar to a human corneal model created from topographic data collected in situ after refractive surgery on an adult human cornea. Prior to cell integration, some low viscosity bio-ink combinations were checked for printability. On days 1 and 7, the viability of encapsulated corneal keratocytes was assessed, and printing accuracy was assessed by measuring the central and peripheral thickness of the corneal build. Overall, the findings pave the way for further research into the use of 3D bioprinting to create artificial, biological corneal structures for regenerative medicine. 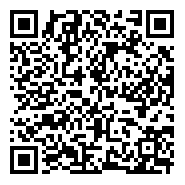