En bloc ovariohysterectomy is the technique that involves ovariohysterectomy before hysterectomy and removal of the neonates were performed as treatment of dystocia on a dog and cat. A 5-year-old local breed queen with a history of four parity presented Veterinary Teaching Hospital of Addis Ababa University College of Veterinary Medicine and Agriculture for having difficulty giving birth. As the owner complained that the queen gave birth to one dead kitten 14 hrs before then the queen straining frequently but with no progress. Before surgery, all physical parameters were evaluated. The queens’ rectal temperature was subnormal (37.80 c) attended with a distended abdomen, straining, and vaginal discharge of offensive odor. The surgery was performed aseptically under general anesthesia. A midline incision behind the umbilicus approximately 10 cm long midline incision was made to enable easy exteriorization of the uterus. The operative procedure for these cases including post-operative care and postoperative complication was described in a case report. The queen was recovered with minimal complication.

Dystocia is the inability of the dam to expel the fetus at parturition through the birth canal without assistance. The incidence of dystocia in companion animals like bitch and queen are quite low but when it occurs it may constitute life-threatening situations. Dystocia occurs in approximately 5% of all parturitions in dogs and 3.3% to 5.8% of parturitions in queens [1]. Dystocia may be caused by maternal or fetal factors, and in some cases, a combination of both. Maternal factors include small pelvic size, abnormalities of the caudal reproductive tract, primary or secondary uterine inertia, malnutrition, parasitism, and other abnormalities of the uterus [2]. Fetal causes include fetal monsters, fetal oversize with the maternal pelvis, fetal malposition or mal-posture, and fetal death. The process of parturition in animals is divided into three stages. The first stage is characterized by in-apparent uterine contractions and progressive dilation of the cervix. The duration is usually 6–12 h in the bitch, and somewhat shorter in the queen. The queen may vocalize; show tachypnea and restlessness, and some will lie in the queening box and purr loudly. In some queens, the first stage of labor can pass without overt clinical signs. The second stage of labor includes the process of fetal expulsion through a fully dilated cervix. The queen usually has her first kitten within 1 h of the onset of stage two labor and subsequent kittens every 10–60 min, but this is quite variable. Parturition lengths of up to 10-12 hrs have been reported in the queen. The third stage of labor encompasses the time in which fetal membranes are expelled. Surgery may also be performed as an elective procedure in animals that have a history of dystocia or are predisposed to dystocia animals with pelvic fracture mal-union or a narrow pelvic canal. It has been suggested that hysterectomy should not be performed to avoid the additional stresses to the dam of and longer anesthetic time. En bloc ovariohysterectomy is an alternative to cesarean section in dogs and cats with dystocia [3].

A local breed queen of fourth parity was presented with a history of dystocia to the Veterinary Teaching Hospital of Addis Ababa University. The owner complained that the queen has already delivered one dead kitten 14 hours before it was presented to the hospital.

On general physical examination the animal was found frequently licking its perineal area. There was a vaginal discharge of offensive odor. The queen was frequently grunting and straining. A distended abdomen was also observed (Figure 1A). Upon clinical evaluation, the rectal body temperature was subnormal (37.80c) and the animal was dehydrated. On per vaginal examination, the birth canal was found moist with vaginal discharge that has a bad odor. Manual traction of the fetus that remained in the uterus was difficult due to the emphysematous fetus. Then a decision was made to perform emergency surgery by cesarean section was performed under general anesthesia to save the life of the queen.

The surgical incision was made in the caudal midline approximately 2 cm behind the umbilicus. Approximately, 10-15cm long caudal ventral midline incision was made on the skin (Figure 1D). Bleeding from small cutaneous arteries was controlled by applying pressure using gauze and/or artery forceps. The subcutaneous tissues and fats were removed. Linea alba and peritoneum were incised layer by layer to exteriorize the uterus then the vascular pedicle containing the ovarian artery and vein was isolated by breaking down the mesovarium. No clamps were placed on the vessels. This procedure was repeated for the other ovary and the uterus was exteriorized (Figure 1E) and the ovarian pedicles were double ligated with 2-0 catgut suture. The broad ligament was broken down on both sides of the uterus to a point just cranial to the cervix. The cervix and vagina were palpated for fetuses, which were gently manipulated into the body of the uterus. The ovaries and uterus were removed by dividing between the clamps and were given to a team of assistants, who immediately opened the uterus, and seven dead emphysematous fetuses were appreciated. Then, the surgical site was inspected for evidence of bleeding (Figure 1F). The peritoneum and muscle layers were sutured with a simple interrupted pattern with catgut (1-0) (Figure 1G). The subcutaneous layer was sutured with a lockstitch pattern using catgut (1-0). The skin was then closed as a subcuticular suture pattern using catgut (1-0) (Figure 1H). The operation was successfully performed, the abdomen was closed routinely. Subcuticular sutures were preferred over skin sutures because of the proximity of the suture line to the mammary glands (Figure 1I). 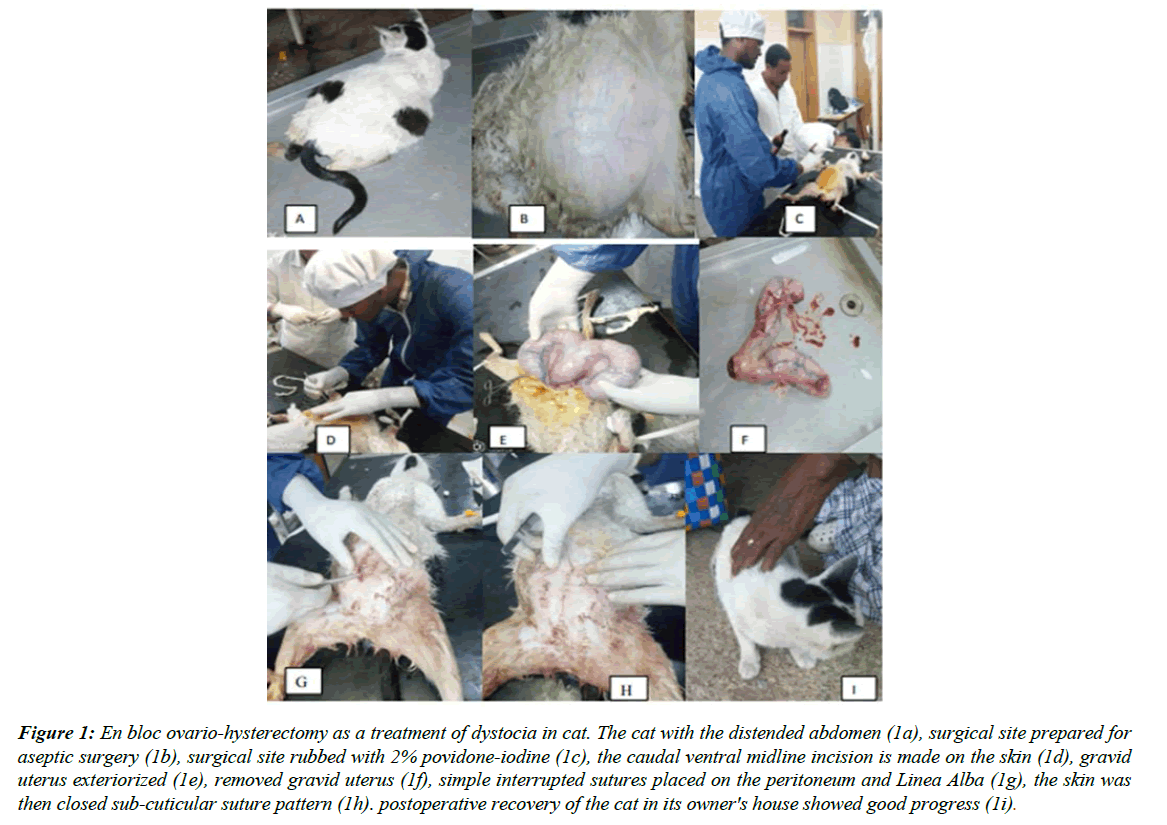 Figure 1: En bloc ovario-hysterectomy as a treatment of dystocia in cat. The cat with the distended abdomen (1a), surgical site prepared for aseptic surgery (1b), surgical site rubbed with 2% povidone-iodine (1c), the caudal entral midline incision is made on the skin (1d), gravid uterus exteriorized (1e), removed gravid uterus (1f), simple interrupted sutures placed on the peritoneum and Linea Alba (1g), the skin was then closed sub-cuticular suture pattern (1h). postoperative recovery of the cat in its owner's house showed good progress (1i).

En bloc ovariohysterectomy is performed particularly in animals for which cesarean section is indicated because of the risk of a difficult delivery [4]. In this case report, a similar technique of ovariohysterectomy was performed while the fetuses are still in the uterus. En bloc ovariohysterectomy may be performed whether the fetuses are alive or dead, and this method permanently blocks the reproductive ability without the need for a second operation [5]. The procedure was performed based on the interest of the owner. The survival rate of the newborn in dogs has been reported as 75% for cesarean sections performed by the en bloc technique and 92% for sections performed by the conventional method [6]. The queen was at fourth parity facing the difficulty of giving birth and the owner requesting for the queen be spayed for he needed no more kitten from his queen [7-9].

The figures used in the case report belong to the author’s, captured in photograph while the author’s were conducting the surgical procedure. The case report was conducted at a certain Veterinary Teaching Hospital without any additional fund and prepared as surgical case report for learning and teaching of professionals across the world especially for veterinarians with your cooperation for processing and publication. 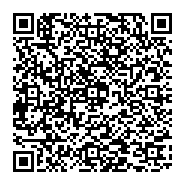