An overview on Cataract Grading methods.

Globally, age-related cataract is the most common cause of blindness and impaired vision. There is no such thing as a universal grading system. Several existing lens grading methods have been criticised for being subjective or overly technical, making them difficult to use in the field. 'The Lens Opacities Classification System III' (LOCS III) is the current gold standard lens grading system, which entails rating four cataractous variations. To gain a description of the cataract type and severity, the case examination is compared to pre-set images.

There are various flaws with this system. To begin with, slitlamp grading necessitates extensive training and has not been shown to have high intra-observer reliability. Photographic grading evaluation, on the other hand, may be utilised as part of this procedure and requires less training time. It has higher repeatability and a 97 percent intraclass correlation, but it is neither time nor cost effective for screening large numbers of patients. When used at the slit-lamp, LOCS III can be a timeconsuming procedure to get patients to cooperate, and slit-lamp parameters such as beam and lighting might alter interpretation.

When compared to other objective cataract grading systems, the subjective LOCS III grading method has less agreement with visual acuity and no significant connection with visual acuity in cortical cataract grading. Despite these issues, LOCS III is still the most popular method for large-scale epidemiological studies, although it is not used outside of clinical trials.

The OQUALTM grid is used to assess the image forming function of the anterior portion of the human eye. Because the two grading systems use different scoring techniques, the results may not be directly comparable. LOCS III uses subjective image matching, while OQUALTM counts the lines observed. Because the scales may differ and are not linear, findings should be interpreted with caution. Despite this, there was a lot of agreement between NS and a composite cataract score.

Nuclear sclerotic cataracts are the most common cataract morphology, yet they are also the most difficult to identify and grade. Because the number of patients with various types of cataract was minimal, a firm conclusion about the efficacy of OQUALTM in measuring posterior subcapsular and cortical opacities could not be drawn.

The OQUALTM technology identifies more severe cataracts with poorer visual acuities and offers a range of evaluation options that go beyond what LOCS III is best suited for. It is inexpensive and portable, simple and objective, and simple to use, with a substantially shorter training period than LOCS III.

In terms of using the OQUALTM system as a screening tool, a study reveals that an OQUALTM cut-off score of 3, i.e. 2 or fewer visible gratings, may be ideal, with a sensitivity of 39% and specificity of 85% for visually significant cataracts. While not ideal, such a quick and simple test might be useful as an additional test in a case-finding/screening approach.

The OQUALTM grade is a summative grade that does not indicate cataract types and is less suitable for early lens opacity due to its summative character. As a result, it would be considerably more useful in a resource-constrained context when there is severe illness and a need to quickly and readily identify people who are candidates for surgery.
25+ Million Readerbase
View PDF Download PDF 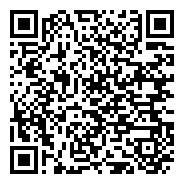