An illustration of environmental genome sequencing

In genomics, a multidisciplinary branch of biology, researchers look into the structure, function, evolution, mapping, and editing of genomes. A genome is a collection of DNA that contains an organism's entire gene pool as well as its three-dimensional hierarchical organisation. In contrast to genetics, which focuses on individual genes and their functions in inheritance, genomic research tries to characterise and quantify all of an organism's genes, as well as their interrelationships and consequences on the organism as a whole. With the help of enzymes and messenger molecules, genes may direct the production of proteins. Proteins are required for the production of body structures such as organs and tissues, as well as the regulation of chemical processes and the transmission of information between cells and Bioinformatics is used to build and analyse the function and structure of entire genomes. Genomic advances have spawned a revolution in discovery-based research and systems biology, making even the most complex biological systems, such as the brain, more understandable [1].

Following the confirmation of the helical structure of DNA by Rosalind Franklin, the publication of the structure of DNA by James D. Watson and Francis Crick in 1953, and the publication of the amino acid sequence of insulin by Fred Sanger in 1955, nucleic acid sequencing became a major focus of early molecular biologists. Robert W. Holley and colleagues released the ribonucleotide sequence of alanine transfer RNA, the first nucleic acid sequence ever determined, in 1964. Marshall Nirenberg and Philip Leder built on this work by revealing the genetic code's triplet nature and determining the sequences of 54 out of 64 codons in their studies. Walter Fiers and his team at the University of Ghent's Laboratory of Molecular Biology (Ghent, Belgium) were the first to sequence a gene: the gene for Bacteriophage MS2 coat protein. In 1976 and 1978, Fiers' group built on their MS2 coat protein research by discovering the full nucleotide sequences of bacteriophage MS2-RNA (whose genome encodes only four genes in 3569 Base Pairs [bp]) and Simian virus 40 [3].

In addition to their fundamental work on the amino acid sequence of insulin, Frederick Sanger and his colleagues were instrumental in the discovery of DNA sequencing techniques that allowed the foundation of comprehensive genome sequencing programmes. In 1975, he and Alan Coulson published the Plus and Minus method for sequencing DNA, which utilised DNA polymerase and radiolabelled nucleotides. Two highly equivalent techniques were used to synthesise short oligonucleotides with defined 3' termini. After electrophoresis on a polyacrylamide gel, they may be separated and visualised through autoradiography (also known as polyacrylamide gel electrophoresis). Although the approach, which could sequence up to 80 nucleotides in a single step, was a big step forward, it was still time intensive. Despite this, his team was able to sequence the majority of the 5,386 nucleotides of the single-stranded bacteriophage in 1977, resulting in the first fully sequenced DNA-based genome [4]. As a development of the Plus and Minus methodology, the chain-termination, or Sanger method was created, and it established the foundation for the most widely used DNA sequencing, genome mapping, data storage, and bioinformatic analysis tools over the next quarter-century of research. Walter Gilbert and Allan Maxam of Harvard University independently developed the Maxam- Gilbert technique of DNA sequencing in the same year, a less efficient method that requires preferential breakdown of DNA at known bases [5]. 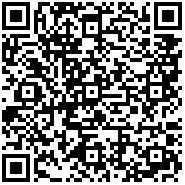