A review of retinal complications after globe penetration from peribulbar anesthesia

Globe penetration from peribulbar anesthesia is a rare but sight threatening complication. Nevertheless, peribulbar anesthesia is an important adjunct to ophthalmic surgery and a skill which all ocular surgeons should be familiar with. We had previously reported a case of a late presenting rapidly progressing epiretinal membrane and localized retinal detachment following undetected globe penetration during initial cataract surgery. The patient was successfully managed with trans pars plana vitrectomy with epiretinal membrane peel and gas endotamponade. In this paper, we review the current literature on reported retinal complications following globe penetration during peribulbar anesthesia, and common management strategies.

Retrobulbar and peribulbar blocks are important perioperative adjuncts still used today to deliver safe and comfortable akinetic surgery to patients. Under trained hands, these techniques are straightforward and safe to perform. Despite this, one rare but visually significant complication of these techniques is an inadvertent globe penetration. Over the years few of these complications have been reported in the literature. A review of the available literature was done to determine the risk factors, commonly presenting features and management strategies surrounding this rare complication.

The retrobulbar block, first described by Knapp [1] and then modified by Atkinson [2] is achieved by a 38.0 mm transcutaneous injection through the inferotemporal lower lid. With the patient looking in a superonasal direction, the needle is advanced parallel to the globe and the orbital septum is pierced. Following that, the needle is redirected toward the orbital apex and the tenons capsule pierced. Anesthetic agent is delivered into the subtenon space. In contrast, the peribulbar block, later introduced by Davis and Mandel in the 1970s [3] involved the administration of a transcutaneous injection parallel to the orbital roof and floor. 2 separate volumes of anesthetic agents are delivered into the periocular spaces.

In either technique, volumes between 2 ml and 10 ml are injected into periocular spaces to achieve anesthesia and ocular akinesia. Adequate ocular anesthesia ensures that the patient experiences minimal amount of pain during the course of surgery. Ocular akinesia on the other hand prevents the eye from moving, thus giving the surgeon an optimal surgical field for surgical maneuvers. Whilst reported to achieve a lesser degree of ocular akinesia, the peribulbar block has been touted as a safer alternative to its retrobulbar predecessor as it theoretically avoids inadvertent damage to periocular structures, due to a more parallel route the needle takes within the orbit. The complications arising from these blocks can broadly be classified into 4 types: optic nerve damage or brain stem related depression from direct spread of anesthetic agent through the meninges into the central nervous system, hemorrhage from shearing of the orbital vessels, toxicity or mechanical damage to extraocular muscles and inadvertent penetration of the globe [4].

Of the various complications, inadvertent penetration of the globe during peribulbar or retrobulbar blockade remains a very rare complication, with an estimated prevalence ranging between 1 in 1000 and 1 in 10,000 cases [5,6]. From the early reviews by Duker et al. in 1991, presence of axial myopia >26 mm remains a key risk factor predisposing eyes to inadvertent globe penetration [7]. The largest review by Edge and Navon in 1999 documented some 50,000 eyes that underwent retrobulbar or peribulbar blockade. From this number a total of 7 inadvertent globe penetration cases were reported, all of which were found to have a posterior staphyloma, areas of posteriorly bulging sclera as a result of myopic long axial lengths as the only identifiable risk factor. This finding suggests that the presence of posterior staphylomata, above and beyond that of just having a highly myopic eye confers additional risk (about 0.13% or 1 in 760 eyes) for an inadvertent perforation [8]. Other anatomical studies into globe configurations of highly myopic eyes have provided some insight into possible mechanisms as these globes have demonstrated a greater preponderance of staphylomata located in the posteroinferior segments [9,10]. Taken together, general caution should always be exercised in the consideration of patients with an axial length >26 mm for retrobulbar or peribulbar blockade. Ultrasound use either prior to the block in assessing for the presence of staphyloma or during the administration of the block is a useful adjunct. However, where this is not feasible, patients should be counselled appropriately on the possible risks, or another method to achieve anesthesia and akinesia should be considered.

Prompt detection of a globe penetration after a retrobulbar or peribulbar block can be challenging due to the variable symptomology that follows. Patients present widely, ranging from the instantaneously symptomatic to totally asymptomatic, only to present at a later time with a constellation of symptoms throwing up a diagnostic dilemma. Broadly, the reported symptoms and localizing features following a globe penetration can be divided into 3 time points: during the preoperative administration, early post-operatively and late postoperatively. Pre-operatively, symptoms experienced stem from a large volume of fluid acutely being injected directly into the globe. Patients experience sudden discomfort or pain during the administration of the anesthetic agent. The acute rise in intraocular pressure from the injected agent can also result in a central retinal artery occlusion, manifested as a sudden loss of vision in the affected eye. A rare case of frank anterior scleral wall rupture during administration has also been reported [11]. Clinically, an acute hardening or hypotony of the globe can sometimes be felt during the administration of the block. Regardless, a majority of cases go unrecognized at the time of blockade either due to the administrator not having a high enough index of suspicion, the needle having doubly penetrated the scleral wall and anesthetic agent injected into the intended periocular spaces, or the patient having underreported symptoms due to prior sedation before commencement of the block.

Contrasted with the above, most symptoms from inadvertent globe penetrations are reported instead during the early postoperative period, defined here as up to two weeks from the initial point of surgery. In a study by Wearne et al., it reported that 18 out of 20 eyes were recognized within a week following the index surgery. Of these, 15 eyes were identified on the first post-operative day due to dense vitreous hemorrhage that resulted. The remaining 3 were identified within the week when symptoms of retinal detachment developed [11]. Other similar reports by Berglin et al. [12], Modarres et al. [13] and Gillow et al. [14] have also similarly reported high proportions of globe penetration eyes presenting with vitreous hemorrhage, subretinal hemorrhage or retinal detachment. The study by Edge and Navon looking at globe penetrations from a group of 50,000 eyes reported 3 cases of retinal detachment and 1 case of sub-choroidal hemorrhage [8]. In most of these cases, localization of the retinal break was predominantly posterior to the equator in an inferotemporal location [8,15].

Whilst uncommon, cases of globe penetration can even be missed during the early post-operative phase. The potential for the above increases specially in patients who maintain good visual acuities and do not have any triggering symptoms during the early post-operative course. These patients may present weeks later during the late post-operative period with secondary features that could throw up diagnostic challenges for the clinician. We reported such a case, who presented 6 weeks post uneventful cataract surgery with a rapidly progressing epiretinal membrane and localized inferotemporal retinal detachment [16]. Differentials of a localized rhegmatogenous retinal detachment along a perivascular lattice break and branch retinal vein occlusion with secondary neovascularization and retinal detachment were initially considered given the clinical picture. However, with the aid of multimodal imaging, widefield photography demonstrating a linear vertical break in the inferotemporal segment of the globe and optical coherence tomography scans of the peripheral retina demonstrating full thickness penetrations through the scleral wall were utilized to tie the diagnosis of a globe penetration together.

Multiple studies have previously reported poor visual outcomes in globe penetration patients with retinal detachment and secondary proliferative vitreoretinopathy (PVR) [11,12,14]. This is due to the proliferation of fibrotic membranes on or under the retina which results in anatomical shortening and persistent re-detachments of the retina. These persistent re-detachments ultimately result in cellular atrophy and visual function compromise. Many of these studies were however prior to the burgeoning days of small gauge vitrectomy systems, and recent case reports demonstrate more optimistic outcomes [16,17]. Ultimately, the final visual outcome of each case is still corollary to the initial extent of retinal and macular involvement. As such, early identification and the promptness in which these patients are subsequently reviewed by a vitreoretinal service is crucial. Following that, the principles of management should primarily be to restore anatomical integrity of the globe and retina, then secondarily in preventing long term proliferative vitreoretinopathy. Due to its variable symptomatic presentation, no standardized treatment strategy has been adopted to deal with such cases. Each case should thus be assessed and managed individually based on the specific clinical needs. Broadly, laser retinopexy or cryopexy can be attempted as a conservative first line treatment in cases that which only a retinal breaks is visible through clear vitreous media [11]. Scar tissue is induced around a break either through means of delivered laser light energy as in the case of a laser retinopexy or freezing therapy via a probe for cryopexy. Otherwise, cases with vitreous hemorrhage and/or retinal detachment can be treated with early trans pars plana vitrectomy with gas or silicone oil endotamponade. Finally, cases presenting either with PVR or which subsequently progress to develop PVR remain a challenge to the vitreoretinal surgeon, due to the complex combined tractionrhegmatogenous forces set up between perforation tracts and detached retina [15]. These cases have particularly poor outcomes as reported in the literature, and these patients might unsurprisingly require a protracted surgical course.

Despite the possible complications involved after the administration of retrobulbar and peribulbar blocks, these anesthetic techniques still remain safe and effective adjuncts under the trained ocular surgeon or anesthetist. It remains important to understand and identify potential high-risk groups prior to selecting the most appropriate anesthetic method for the case at hand. Alternatively, the ocular surgeon can consider other less invasive forms of blocks like the subtenons block or topical anesthesia. Should a retrobulbar or peribulbar block still be administered, a high index of suspicion should be maintained specially in cases presenting with a visual acuity or symptoms out of proportion to clinical findings during the post-operative course. Where there is doubt or suspicion, a dilated fundal examination should be performed, and patients should be promptly referred onto the vitreoretinal service for treatment. 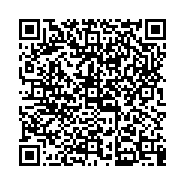