A CONIC-TOROIDAL MODEL OF THE UNIVERSE

The present paper is a detailing continuation – especially an explanation of the whole mechanism of the transformation-chain from the light to the atom, from the Photon to the Nucleon & Electron – of my study SKETCH OF THE COSMIC ARCHITECTURE (denesjoo.wordpress.com), with the numbers in parantheses as the numbers of the Illustriations of this study, the T-symbols of THE TOROIDAL ATOMIC STRUCTURE IN THE COSMIC EVOLUTION, the A-symbols of the TOROIDAL-HEXAGONAL STRUCTURE ON MACRO-COSMIC LEVEL, the D-symbols of THE WHOLE FRACTALTETRAHEDRAL CODE-SYSTEM, respectively with theE-symbols of the annexed drawings.The annexed model offers a better spatial illustration of this idea.

In the presented systemic conception of the periodic table of the chemical elements, a most important question is the extension in both directions: micro and macro. The integration of the pre-elements (1, 2, 3, 3’, 4, 5) needs a special explanation,because this question is treated separate, inside the micro-physics, whereas the gravitation as criterion of the materiality appears on this level, prior to the Hydrogen atomic level.

The explanations which preclude the possibility of the ETHER, in the actual stage of the researches, refer to the Higgs-mechanism, Higgs-field and Higgs-boson, ideas discovered more at 50 years ago (in the same time with the recognition of the idea of the electrical thirdcharged Quark), and apparently solve this very difficult problem, however – contrary to the enormous scientific-technological-material-financial efforts in the last decades – isn’t quite clear this mechanism, nor the role of the electrical half-charged Gluons and of the Bosons, and consequently the Standard Model too.

Similarly, the question of the GRAVITATION isn’t clear, contrary to the observation referring to the rol of the Higgs-boson inthe appearance of this phenomenon, which is a result of the stream/flow of the ETHER, or rather the resistance to this flow.But, what is the ETHER? It is a light-ring, or more exactly a light-spiral – in the ’Occult Chemistry’ spirilla of spirillae, respectively string and superstring in the actual mathematical-physical theories – in a multispiraled system starting with the LIGHT.

In this classical work– and in the subsequent interpretations – the materiality begin with the ANU/UPA (Ultimate Physical Atom), interpreted it by Stephen M. Phillips as Magnetic Monopol („ESP of Quarks and Superstrings”), and by me as pre-element Gluon („Sketch of the Cosmic Architecture”). Because really the particles are wave-agglomerations in some wave/energy-fields – especially as intersection-knotes of the energy-lines/streams of two or more such fields – the question is, to which such field belong the respective particles? Consequently, above all it needs to clarify the fields.

The classical field-theories refer especially to the electric and gravific fields, touring the scalar-vector-tensor-spinor complexity of the mathematical-physical quantities, in correlation with the energetic-informational and dimensional connections.

While the Platonic solids are Ether-patterns, the 5-phases pulsation Plane (R?oo, r?0, R>>>r) – Ring-torus (R>r) – Horn-torus (R=r) – Spindle-torus (R<r) – Sphere (R?0, r?oo, R<<<r) is modelling the functioning of the Universe on every fractal level. Examining the Horn-torus (R=r) structure, results a conic-toroidal model, which includes the cosmic phenomena, from the Micro- to the Macro-World, as follow.

Starting from the infinitesimal(right circular) cone, its elements represent the basic cosmic fields, so the conics (cone sections with planes, E-1) with the belonging ortogonal Dandelinspheres (tangent in the foci of these conics) as complementary (induced auxiliary) cosmic fields, respectively the tangent points as monopoles or dipole, and the tangent circles to the conical surface asDandelin-circles, correspond to the three basic cosmic field-systems (E-2):

Every field is a resultant of the interaction of MATTER-ENERGY-INFORMATION threecomponental system, with transformations in each other,the corresponding material aspect being the STATE (gas, liquid, solid, plasma), the energetic aspect the ERGODICITY (energy, dinergy, trinergy, resultant), respectively the informational aspect the MEASURING (heat/weight, quantization, gauging).These components in reality are LIGHTCOMPONENTS, result of dimensional descent of the LIGHT, from 13D to 8D (Information), 5D (Energy), 3D (Matter), along the WORLD-AXIS, the symmetry-axis of the whole conictoroidal system, in which the elementary cone will continue expanding in torus/tori, the generating circles of the cone being bifurcation circles between the main central torus and the secundar up- and down-tori (E-3).

On the way from the light to the materiality, a pre-material phase exists, with the „massless pre-elements” ETHERON, NEUTRINO and GRAVITON, corresponding to the three basic cosmic field-systems, inside of which the mass will be create through unification of the planar and sphericfield-components, through their monopoles. The complementary cosmic fields being perpendicular/ortogonal each other, every time is present the fractal or/and entire dimension-spring, followed by the creation of elementary particles or/and elements, which are knotes of the Matter-Energy-Information fields, three-interactional resultants, thus quaternionic unities. Every similar unity is situated on the conic surface, which represent the space-time, namely the separation surface between the SPACE (Protogone in the ancestral cosmogony) – the interior of the cone – and the TIME(Aeon in the ancestral cosmogony)– the exterior of the cone, with other words on the conics, and on the Dandelin-circles. The exterior of the cone will be considered the central main torus (or tori!), and the secundar up- and down-tori.Taking into consideration the continuation of the sectioning planes through the tori, as time-domain of the space-time system,it result the following situations:

HYPERBOLA: sectioning both nappes of the cone, it’s cutting through all three – central-, up- and down – tori, resulting a discontinuous space-time structure.

PARABOLA: sectioning only a nappe of the cone, independent to the other, parallel with the opposite generator, it’s cutting through only the central and one of the secundar tori, resulting an other type of space-time discontinuity.

ELLIPSE: sectioning only a nappe of the cone, without the basic circle, it’s cutting through only the central torus, with a third space-time discontinuity.

The SPACE and the TIME being quaternionic resultants, both are 3D continuities, with the classical Euclidian 3 dimensions/directions/coordinates/vectors, respectively with the 3 timedimensions: duration, succession, simultaneity.In the conic-toroidal structure of the hyperbola – because the dimensions are connected to the (linear and circular) symmetries – around the central symmetry-axis (called WORLD-AXIS/AXIS MUNDI) there are superponing the axial space-dimension and the corresponding time-dimension called succession, result a total of 9 dimensions: the 3 space- and the 3x2 time-dimensions. The Einstein’s gravitational field equations refer to a 5D coordinate-system, taking into consideration only the main central torus, without the secundary up- and down-tori, namely the equation-system is incomplete, don’t include the whole thermo-gravitational process, neither the gravitational monopol. In the case of the parabola there are 7 dimensions, being necessary a comprehensive electromagnetic theory, including the magnetic monopol too. By the ellipse there are only 5 dimensions, but it needed a unified ethero-quark-gluonic theory, including the denyed etheric field with the complementary/induced auxiliary gluonic- and quark-fields, respectively their tangent points (monopoles or dipole, foci of the ellipse).

The linear and circular symmetries, in their complex entirety form a spinning top – or gyroscope – with mathematical description as spinor, with joining possibilities to the similar spinors or to the harmonic spinors, resulted by rotation of the conics around theirs local axes: conoids, toroids and spheroids. On the intersection curves of these figures/harmonic fields with the conic surface are situated the upper and under harmonics of the „particles” (the fundamental „tones”), as basic oscillationsof the fundamenal fields. The right-angled conoids are the paraboloids of revolution, the obtuse-angled ones the hyperboloids of revolution, respectively the spheroids can be oblate or prolate. The evolution of the „particles” as waveagglomarations/ knots follows the „Octave-Law” – more correct the „Evolving Octave-Law”, because the continuous transformation into each other follows the series 2n, (n=0?6), namely the numerical systems 1 (real), 2 (complex), 4 (quaternionic), 8 (octonionic), 16(sedenionic), 32-onic and 64-onic, called Abelians (with dual fission, or logics). So, starting from the apex/centre of the whole system, the evolution of the elements is progressing spiral-like on the conical surface, ending at the basic circle, with nr. 558., similar on the other nappe/half of the cone, as elements of the Twin-Universe.

Based on the structural and functional similarity of the Micro- and Macro-World,the main aspects – in inverse order – are the following:

The etheric and quark fields together form a loop, with 8 bosons, from which one is common (Higgs-boson=Lyra/Vega), so on the ellipse are 5, and on the quark-circle 2, similar to the constellations/loadstarsBootes/Arcturus (?), Leo/Regulus (W+ boson), Canis Major/Sirius (Z boson), Taurus/Aldebaran (W-), Andromeda/Sirrah (?) on the Photon-Belt, respectively Cepheus/Alderamin and Draco/Thuban on the Polar-Circle. On the gluon-field are 12 gluons, similar to the 12 constellations on the Ecliptic. The Dirac’s magnetic monopol refers to the tangent point in the focus of the parabola to the belonging Dandelin-sphere, of which tangent circle is the magnetic field, and the thermic-field corresponds to the Hercules-Corona Borealis Great-Wall, of which apex is the Lyra/Vega = Higgs-boson, with the Bootes Great Void Sphere (the belonging Dandalin-sphere), of which tangent circle is the gravitational field, with a black hole (X1) in the constellation Cygnus. So, the Higgs-boson=Lyra/Vega is a triple contact- point between the etheric-quark-gluonic and the thermo-gravific field, which exists only together with the other part situated on the other nappe/half of the cone, what means the Twin-Universe. So, only with the whole atomic representation – as product of the threecomponental field-system – is complete our image about the Universe. The macro-cosmic structure is detailed in my paper Toroidal-hexagonal structure on Macro-cosmic level. 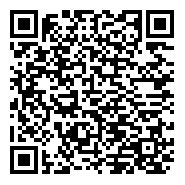